While Halloween on October 31st might not be a widely recognized or endorsed holiday in Russia, there are plenty of macabre Russian sayings to use this spooky season. Some are very similar to English idiomatic expressions, for example: то́лько че́рез мой труп – over my dead body. Others are dark but humorous and colloquial.

‘To sleep like you’re dead’ or ‘to sleep like a log’. There is a wonderful character Дрёма from the movie “Там на неве́домых доро́жках…” по моти́вам ска́зки Эдуарда Успе́нского “Вниз по волше́бной реке́” who slept just like that. (Along Unknown Paths based on the novel Down by the Magic River by Eduard Uspensky). Дрёма also had, in my opinion, the most quotable line in that children’s fantasy film. Below is a compilation of the two times he said “Меня́ буди́ть?!” (To wake me up?!) and then knocked over whoever woke him up.

Many Russians would also use phrases such as ‘спать без за́дних ног’ (to sleep without hind legs) или ‘спа́ть как суро́к’ (sleep like a groundhog). And yes, the Bill Murray film Groundhog Day is literally translated to День Сурка́. 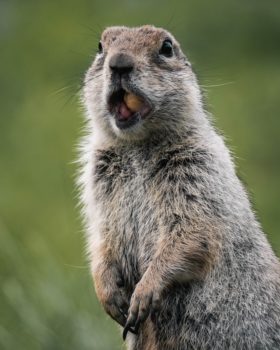 Photo by Oleg Mikhailenko from Pexels

While I rarely hear people in the US use “sleep like a dead person” or something similar, there is apparently an independent mattress review website by the name “Sleep like the dead”. Maybe they were inspired by the Russian saying?

This is quite self-explanatory and really just means ‘to laugh really hard or for a long time’. 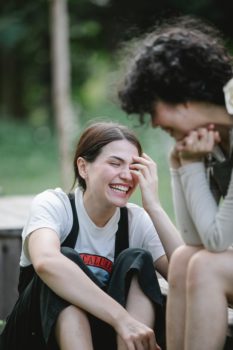 Photo by Gary Barnes from Pexels

There is also the classic “Умере́ть не вста́ть” saying (literally “to die and not get up”) from Служе́бный Рома́н, a Soviet comedy masterpiece by Eldar Ryazanov. In the clip below, Verochka, Kalugina’s secretary is reacting to her boss’s new haircut. This phrase has truly become a one of the most quotable phrases from the movie by people using it to express that something is absolutely breathtaking (and sometimes in a sarcastic way).

‘You should only be sent after death’ has to be my favorite from this list. This phrase is so Russian in how sarcastic and dark it is. It’s usually exclaimed by one’s friends or family members when they ask you to bring something, and you take a very long time finding it or get sidetracked on the way to get it and abort the mission altogether. The person who asked you for that favor would say this phrase to show their frustration with how long the process took, as in “you take so long to bring this thing I asked that you are only equipped to bring over death”. You can easily adjust the phrase to talk about other people indirectly by changing the pronoun ‘тебя́’ to ‘его́’ (him) or ‘её’ (her), etc.

Lastly, Russian people also love to say хоть убе́й followed by a negated verb like не зна́ю (don’t know), не могу́ объясни́ть (can’t explain), не по́мню (don’t remember), etc. Literally, хоть убе́й means “might as well kill me”, but it stands for “at all” or “absolutely”. So, if you ask someone ‘Где ты купи́л э́тот чемода́н?’ (Where did you buy this suitcase?) and they respond with ‘Хоть убе́й, не по́мню’ it roughly translates to “I have absolutely no clue”.

For more macabre sayings, see Maria’s blog here. Do you have similar phrases in your language? Share them in the comments below.