¡Feliz año nuevo a todos! I’m sure you were happy to say goodbye to 2021. Let’s all hope this next year is better than the last, although that bar is pretty low… ¿Cuáles son tus resoluciones de año nuevo? (What are your New Year’s resolutions?). I hope one of them is to study Spanish and learn more about the culture of Spanish-speaking countries because that’s precisely why we’re here! In this post, we’ll learn about los días festivos en México (the holidays in Mexico). 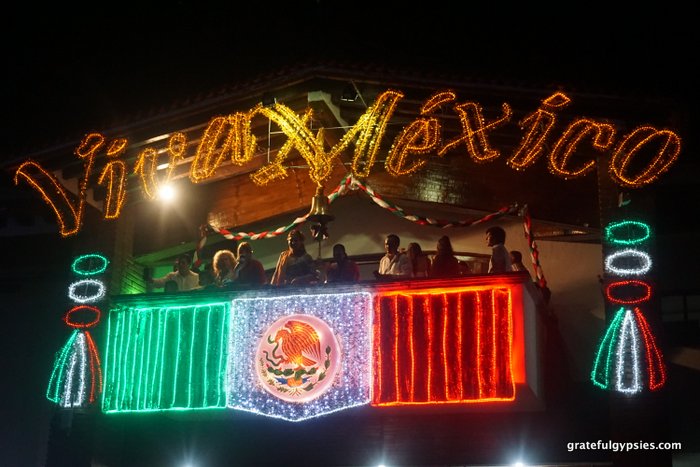 Hay siete feriados nacionales en México (There are seven national holidays in Mexico). These days are also known as “días de asueto” and are legislated through the Ley Federal del Trabajo (Federal Labor Law). These are statutory holidays where schools, post offices, banks, and government offices are all closed. Most workers get to enjoy a paid day off, while those who have to work are paid triple.

Here’s a table with the 2022 calendar of national holidays in Mexico:

Some of these holidays fall on the same day every year, such as Independence Day and Labor Day. Others are considered puentes festivos (holiday bridges) as they always fall on a Monday, such as Constitution Day which is celebrated on the 1st Monday of February. This gives Mexicans a long weekend to enjoy all of the national holidays.

Los días de elecciones también son feriados nacionales (Election days are also national holidays). In case you didn’t know, the last presidential election in Mexico was in 2018. Mexican presidents can only serve one six-year term, called a sexenio, so current president Andrés Manuel López Obrador will not be able to run again.

Every six years, a new president is sworn into office on December 1st. This is also a national holiday known as el día de la Transmisión del Poder Ejecutivo Federal (the Day of the Transmission of Federal Exceutive Power). And you thought “Inauguration Day” was tough to remember in English!

Speaking of presidents, only one in Mexico’s history has a national holiday in his honor. Benito Juárez fue el vigésimo sexto presidente de México (Benito Juárez was the twenty-sixth president of Mexico). He was the first president of indigenous origin and is highly revered across the country. 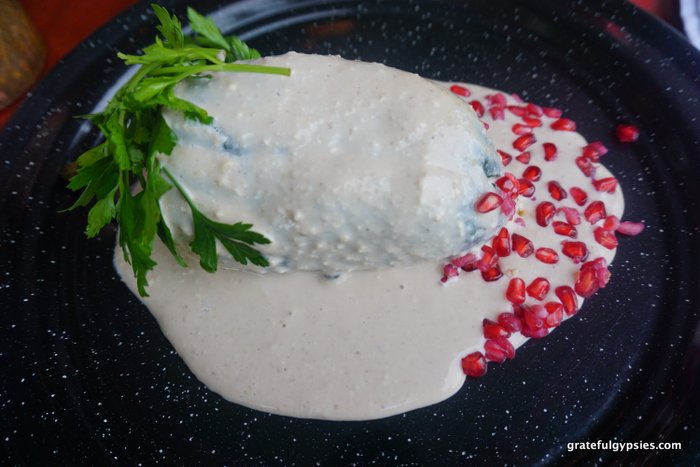 Chiles en nogada are the most typical dish for Independence Day. Photo taken and used with permission from Sasha Savinov.

Personally, my favorite national holiday in Mexico is el Día de la Independencia. People eat chiles en nogada in the colors of the Mexican flag and there are usually big parades and fireworks displays. I had a great time celebrating this patriotic holiday in my home away from home in Puerto Vallarta. Check out the video below to see what it was like.

Other Holidays in Mexico

While there are just seven national holidays, there are tons of other fiestas in Mexico throughout the year. In fact, it seems like there’s a holiday of some sort every week here! There are plenty of civic and religious holidays as well as local celebrations and various other festivities.

They aren’t statutory holidays, but most people have time off for Jueves Santo (Maundy Thursday) and Viernes Santo (Good Friday). In fact, the entire Holy Week – known as Semana Santa – is a very important holiday for Mexicans and a popular time to travel. El Domingo de Pascua (Easter Sunday) falls on April 17th this year, so the whole week before will be a very busy time across Mexico.

The lead-up to Christmas is also a very festive time in Mexico. In the week or so before the holiday, there are processions and parties known as “las posadas” (inns). Children break star-shaped piñatas, people enjoy a hot drink called ponche made from seasonal fruits spiced with cinnamon (or tequila for adults), and everyone sings carols called villancicos. Nochebuena (Christmas Eve) is a time for families to get together and attend midnight mass, which has a funny name in Spanish – Misa de Gallo (Rooster’s Mass). 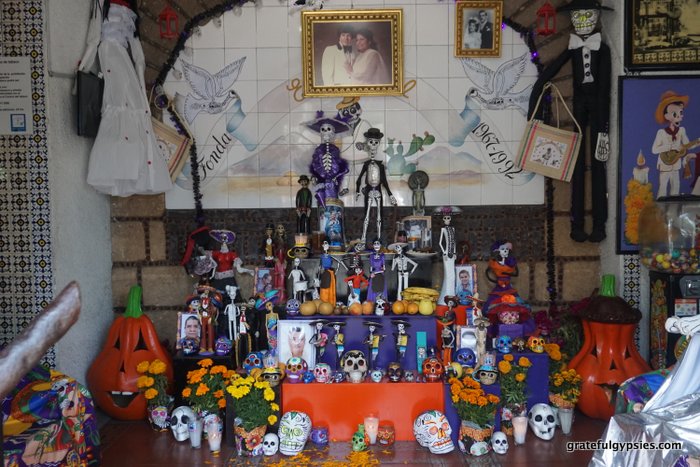 One of many ofrendas in Mexico City. Photo taken and used with permission from Sasha Savinov.

Of course, we can’t talk about Mexican holidays without mentioning el Día de Muertos (the Day of the Dead). This traditional holiday is a time to honor and remember the dead. It takes place from November 1-2 and it has many unique traditions, such as decorating elaborate ofrendas (altars) with Mexican marigolds and calaveras de alfeñique (sugar skulls). Click here to learn more about this fascinating Mexican holiday and check out a video from the 2019 celebrations in Mexico City:

I hope you found this post about Mexican holidays interesting and useful. There are so many great holidays throughout the year in Mexico, and I highly recommend experincing one in person at some point. I’ll end the post with a question that you can answer in the comments below: