In all of North America, there’s only one structure that can truly claim to be a castle – Castillo de Chapultepec (Chapultapec Castle). It’s located inside of Mexico City’s Chapultapec Park, and it’s the only castle on the continent to have actually housed royalty. Let’s explore this beautiful castle, starting with a bit of history. 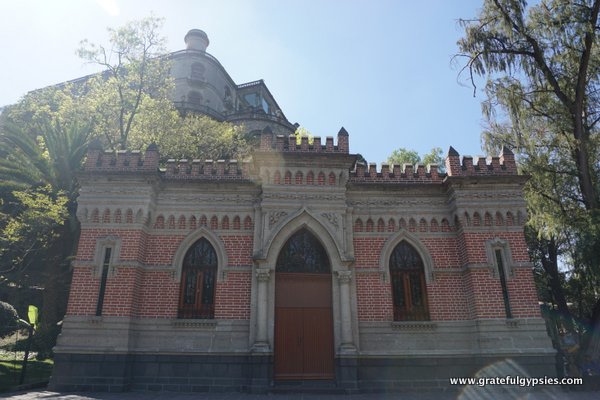 Looking up at the castle.

The castle was built atop Chapultapec Hill at 2,325 meters (7,628 feet) above sea level. This was a sacred site for the Aztecs. As a matter of fact, the name actually comes from the Nahuatl word chapoltepēc, which means “at the grasshopper’s hill.” After the Aztecs fell, the hill was untouched for many years. That was until 1785 when a Spanish viceroy named Bernardo de Gálvez ordered a home be constructed atop the hill. He died suddenly a year later, with many speculating that he was poisoned. The Spanish Crown eventually decided to sell it at a much reduced price, with the government of Mexico City finally buying it in 1806. 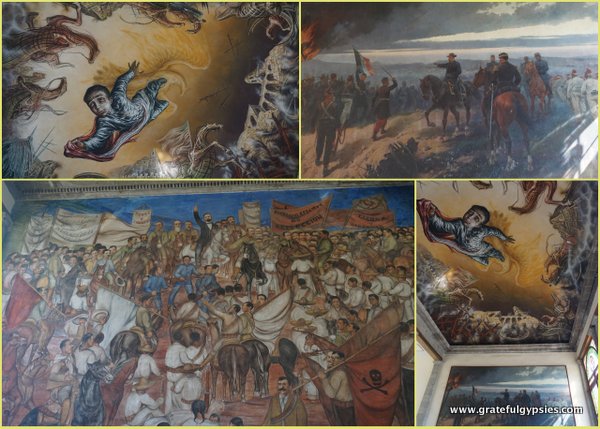 Murals on the castle’s ceiling.

During the Guerra de Independencia de México (Mexican War of Independence), the castle was abandoned. It was finally repurposed in 1833, and it has had many different uses since then. Throughout the years, it has been a military academy, observatory, imperial residence, and finally a museum. One very important historical event occurred here on September 13, 1847. On that fateful day, the Niños Héroes (Hero Children) died while defending the castle from the US in the Battle of Chapultapec. They are honored by a monument near an entrance to the park and in a mural on the ceiling in the castle. 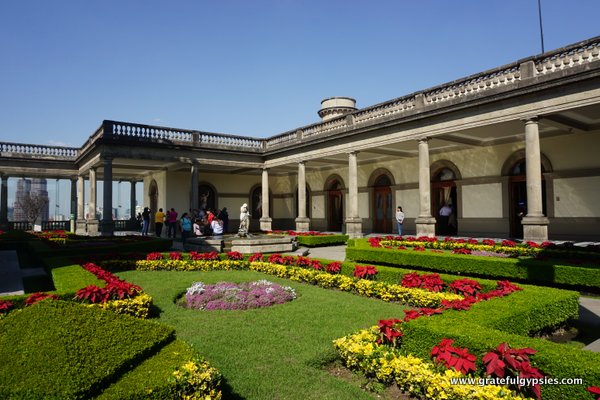 This building can actually be called a castle since it was the official residence of Emperor Maximilian I and his wife Empress Carlota during the Second Mexican Empire. Although he served as the emperor of Mexico, he wasn’t Mexican at all. He was Austrian and was helped to power by the French under Napolean and Mexican monarchists. After moving in, Maximilian had a team of architects redesign the castle in the popular Neo-Classical style of the day. At this time, it was actually known as Castillo de Miravalle.

Unfortunately for Maximilian, his time in the castle would not last long. Just three years after moving in, he and several of his followers were executed by firing squad in 1867. The Mexican Republic was established under Benito Juárez, and the castle once again fell into disrepair. It was later turned into an observatory, and then once again into a military college. Starting with Porfirio Díaz, it became a presidential residency. Several Mexican presidents lived there until 1939, when Lázaro Cárdenas declared the castle the new site of the Museo Nacional de Historia (National Museum of History). It was opened a few years later and remains there to this day. 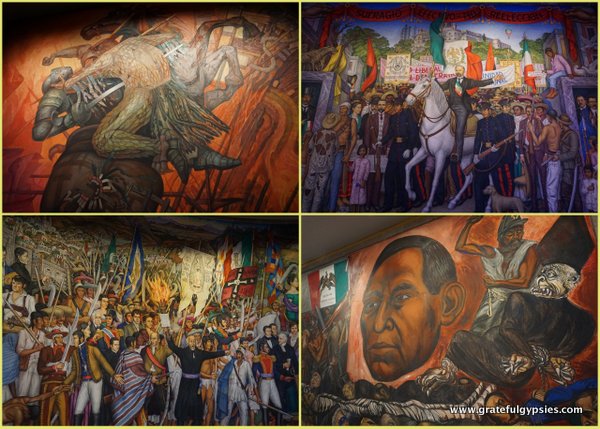 Learning a bit of history.

You can visit the castle inside of Chapultapec Park every day but Monday from 9AM-5PM. There are two main exhibits to see here. One details the history of Mexico from the colonial times of Nueva España up to the Revolution in 1910. There are many impressive paintings, including the panoramic Retablo de la independencia (Panel of Independence) by Juan O’Gorman. 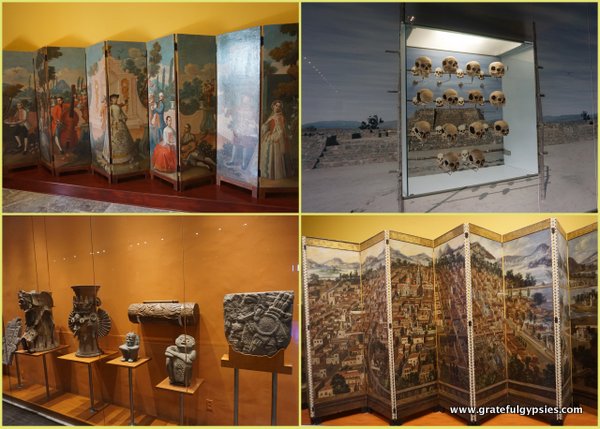 Just a small sampling of what you can see.

Throughout the entire museum, there are a wide variety of artifacts on display. There are paintings, sculptures, clothing, musical instruments, and so much more. Be sure to dedicate at least a few hours to properly take it all in. 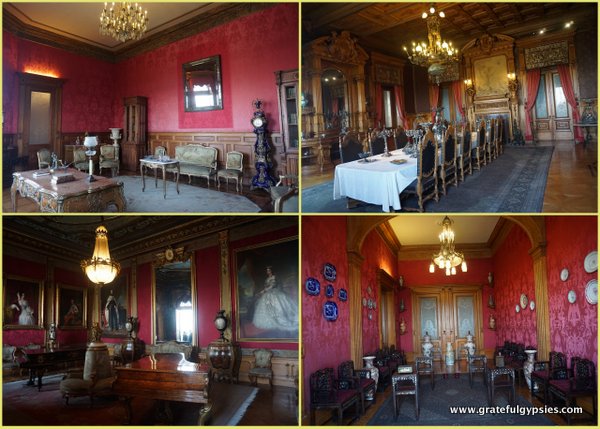 Must have been nice to live here!

On the other side, you can see what it was like to live here as emperor or president. Stroll around and take a peek into the handful of rooms, which are all beautifully decorated. 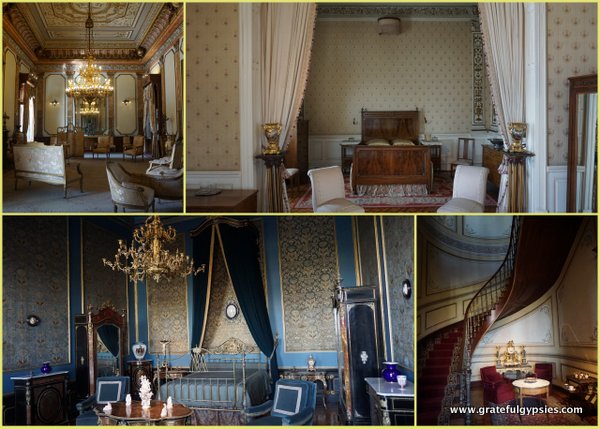 A few more rooms on the palace side.

In addition to the opulent furniture, they also got to enjoy an incredible view of the city. See for yourself…

Not a bad view at all!

While you’re exploring this side of the castle, be sure to head to the second floor so you don’t miss out on the stunning stained glass windows. 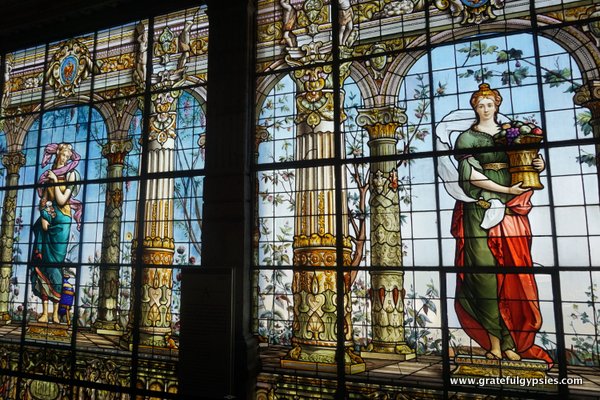 When traveling to Mexico City, Chapultapec Castle is something you just can’t miss. It’s well worth the hike up the hill and the long line to get in, as it will likely be a major highlight of your trip. 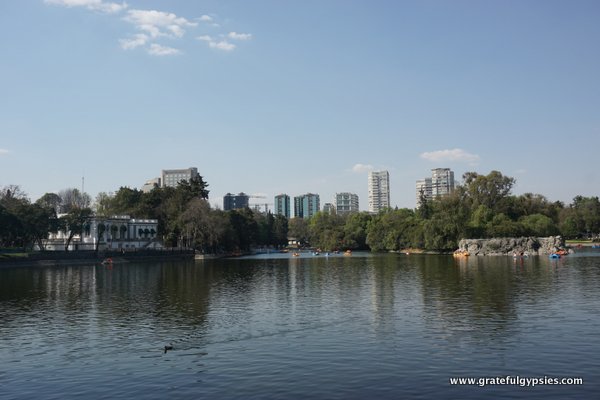 A nice little oasis in the city.

Once you’re finished at the castle, there’s plenty more to see and do in the park. It’s actually one of the largest city parks in the Western Hemisphere and is considered to be Mexico City’s “lungs.” Take a cruise in a boat around the lake, visit other museums, or just relax and have a picnic. It’s the perfect place to spend an entire day while visiting D.F., and will leave you feeling refreshed and ready to jump back into the traffic jams and crowds.