México es un país increíble. Tiene diversos paisajes y una cultura vibrante. (Mexico is an incredible country. It has diverse landscapes and a vibrant culture). It’s been my home away from home for the last four years or so and I’ve traveled all over the country. Hoy les voy a compartir mis lugares favoritos de México (Today I’m going to share my favorite places in Mexico). 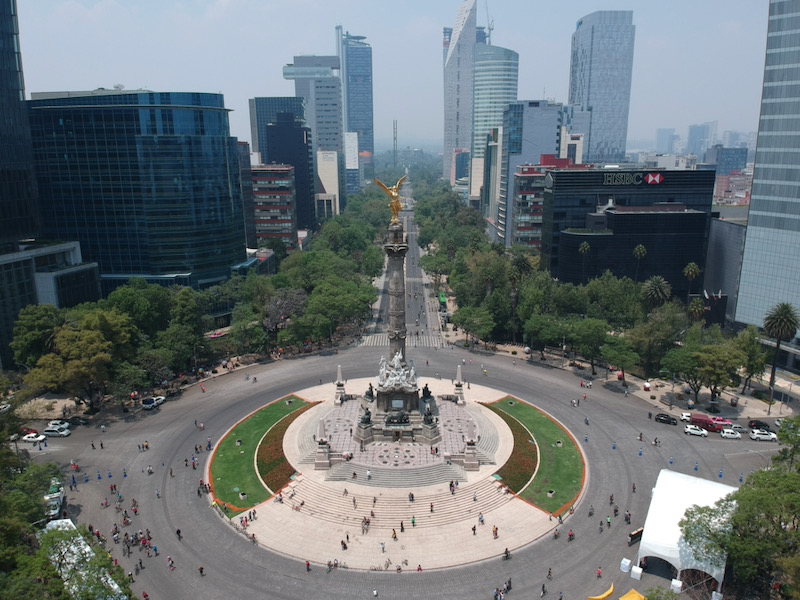 So why is CDMX one of my favorite places in Mexico? Where do I begin?! It’s just such an exciting place with so much to see and do. Hay muchos museos increíbles en la ciudad, como el Museo Nacional de Antropología (There are many amazing museums in the city, such as the National Museum of Anthropology). This is one of the most interesting museums I’ve ever visited. You can spend hours in there and not see it all.

I’m also a huge fan of lucha libre. The famous Mexican wrestling is a big part of the culture here, with matches going on several nights a week. Friday nights at Arena Mexico are a very exciting time. Check out this short video I put together about lucha libre to get a taste for it:

Speaking of taste, the food scene in CDMX is out of this world. From taco trucks on street corners to some of the top-rated restaurants in the world, your tastebuds are in for a real treat here. I’m getting hungry just thinking about all the amazing food in Mexico City!

Puerto Vallarta es un destino turístico muy popular en Jalisco (Puerto Vallarta is a very popular tourist destination in Jalisco). I’ve spent half of the year there every year since 2017 and plan to go back again this fall. It’s just such a special place!

Aquí hay montañas y playas (There are both mountains and beaches here). It’s one of the main reasons I prefer living in PV to places in the Riviera Maya like Playa del Carmen. I often feel like I’m living in a postcard when I look out the window. See for yourself… 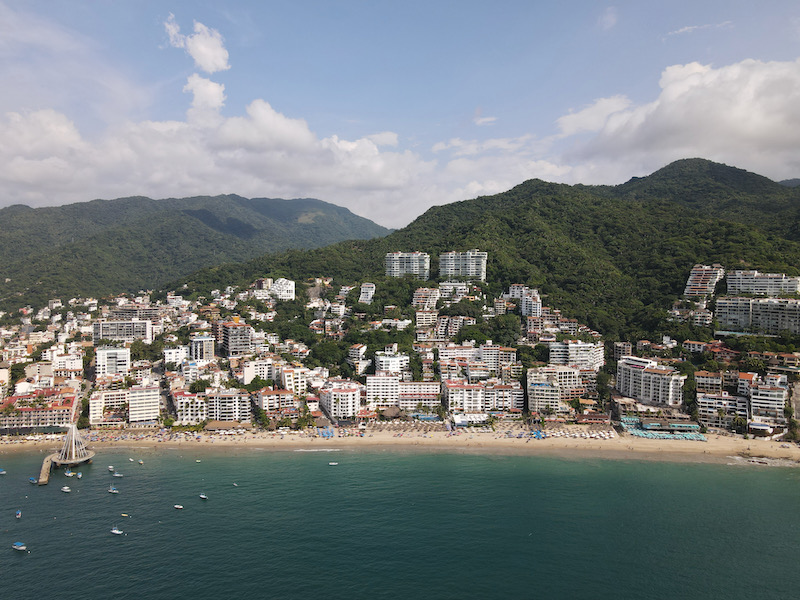 La gente es muy amigable aquí (The people are very friendly here). People from Puerto Vallarta are known as Pata Salada (Salty Feet) because they’re always at the beach. How cool of a nickname is that?! They like to have a good time and want to make sure you have one as well.

Speaking of a good time… La vida nocturna en Puerto Vallarta es muy divertida (The nightlife in Puerto Vallarta is very fun). Whether you enjoy shooting a game of pool with a cheap Pacifico in a diver bar, sipping fancy cocktails on a rooftop, or dancing the night away in one of the clubs, you’re guaranteed a good time on a night out here.

While it isn’t the easiest name to pronounce (it’s waa·haa·kuh, by the way), Oaxaca is definitely one of the most interesting cities in Mexico. It’s a colorful colonial city with a strong indigenous heritage and traditions. Hay muchas catedrales hermosas en el centro de la ciudad (There are many beautiful cathedrals in the city center).

Las especialidades de la ciudad son el mole y el mezcal (The city’s specialties are mole and mezcal). Head to Mercado Benito Juárez to try the famous dish. You can buy several different varieties of mole here to take home or just sit down at one of the many food stalls for a plate of mole de pollo. It’s one of the tastiest dishes in all of Mexico! 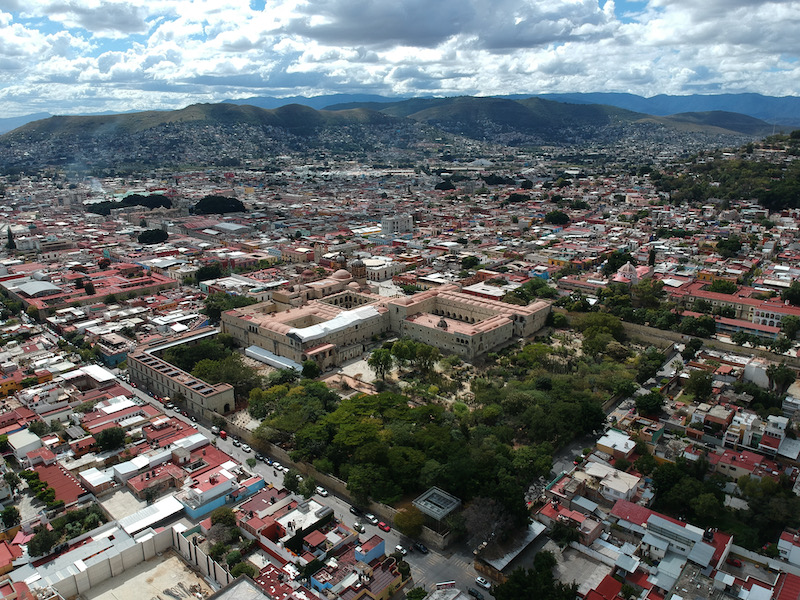 As far as the mezcal goes, there are plenty of great bars where you can sample this famous Mexican spirit. They have an interesting saying in Oaxaca about mezcal that goes “Para todo mal, mezcal, y para todo bien, también” (For everything bad, mezcal, and for everything good, as well). Just be sure you don’t overdo it, as this stuff is strong! I recommend grabbing some street tacos from Lechoncitos de Oro after a night of partying to soak up the booze.

If you make it to Oaxaca, you’ve got to get out of the city to visit some of the attractions in the area. Hierve el Agua is a fascinating geological site with rock formations that look like waterfalls. You can also visit the ancient city of Monte Albán, where it’s still possible to climb many of the pyramids.

I could go on and on about all the amazing places in Mexico, but these are probably my three favorite. How about you? ¿Cuáles son tus lugares favoritos en México? Leave a comment and let us know!