Rhythms of Latin America: Merengue Posted by Anais on Jan 27, 2021 in Uncategorized 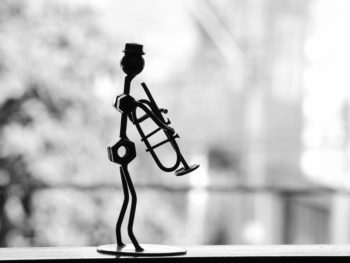 To talk about merengue is to talk about a Caribbean music genre with an irresistible power to draw everyone—from Caracas to New York—to the dancefloor.

With its roots deep within the Dominican Republic’s colonial past, merengue emerged near the midpoint of the 19th century as a staple of the rural class expanding to the country’s urban centers and beyond.

In the same fashion as salsa, merengue was born of the fusion of African rhythms with European notation, and a good dose of instruments from both cultures. Also, merengue’s distinguishable rhythm is two-four, though it is not uncommon to hear four-four beats in some songs.

The genre got an unprecedented impulse by Rafael Leónidas Trujillo, the Dominican dictator from 1930 to 1961, who turned it into national music of his country. It was during this time when merengue reached the US audiences thanks to groups like the one from Ángel Viloria y su Conjunto Típico Cibaeño in the 1950s.

Merengue became so ingrained in Latin American culture that it was finally recognized in 2017 as one of UNESCO’s Intangible Cultural Heritage of Humanity.

There are basically two styles of Dominican merengue: the one called perico ripiao, originating from the Cibao region and requiring accordion, tambora, and güira; and the orchestral or big band merengue, which evolved in New York and many Latin American cities using a more complex instrumentation, like the saxophone or the synthesizer.

Among the greatest exponents of merengue, we may count Wilfrido Vargas, the Dominican singer, trumpeter, and band conductor whose influential work helped lay the foundations of the modern version of the genre at an international level since the 1980’s.

Another name synonymous with merengue is that of Dominican Juan Luis Guerra, singer, songwriter, and producer with a career spanning four decades and multiple Grammy and Latin Grammy awards under his belt.

Of course, many others have left their footprint on the merengue stage for good, like Los Hermanos Rosario, Las Chicas del Can, Olga Tañón, Elvis Crespo, Bonny Cepeda, and Milly Quezada.