The greatest modern music genres in Latin America Posted by Anais on Nov 27, 2020 in Uncategorized 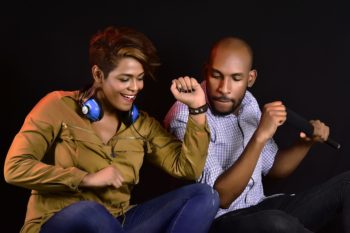 If there is one thing that easily identifies any Spanish-speaking country is their popular music; more specifically, their modern music genres, which stands out as colorful, vibrant, and easy to dance to.

So inviting is Latin American music that some may assert people from this corner of the world are born having music on their feet and rhythm in their hearts.

Having its most remote origins in three distinct sources—the European, African, and Indigenous cultures—, the modern Spanish-speaking musical landscape offers a delicious mix of the old and new with catchy melodies and leisurely themes.

By old I am referring to the most common folk music, all developed before the end of the 19th century everywhere in Latin America: joropo in Venezuela, milonga in Argentina, cueca in Chile, cumbia in Colombia, mariachi in Mexico, merengue in the Dominican Republic and the Caribbean region, among many others.

On the other hand, the new represents the many influences and impulses from local artists that appeared in more recent times and helped popular music produced in Latin America to rise up on the international stage, starting in the 20th century.

What are the main features of Latin American popular music? From its beginnings, it was all about the way European songs were composed and the use of instruments evolving from Spanish and African traditions—like the Spanish guitar or the variety of African percussion, just to name a few. Today, the many genres of Latin American music take advantage of modern technology to add new sounds and increased production values, which allow it to find broader audiences locally and abroad.

It is worth noting how diverse and rich Latin American music can be, the same diversity and richness found throughout its colossal geography in many other fields, like food, literature, and the very people themselves as a product of a unique, long-standing mestizaje.

In that respect, I will be exploring further several of the most well-known modern Latin American music genres in a new series of blogs. You are gladly invited to read them in the coming weeks