Me gusta mucho ver programas de televisión (I really like watching TV shows). How about you? Not only is it fun, but it can also be educational! Actually, watching TV shows is an excellent way to learn a language. In this post, I’ll introduce two great Netflix shows for Spanish learners that I’ve been watching.

A few years ago, we had a couple of popular posts about learning Spanish from Netflix shows. Go back and check out that post on “Netflixing Your Way to Spanish Fluency” if you missed it, as there are some great tips in there. You can also read the post on “7 Binge-Worth Shows en español” for some more ideas on what to watch.

Estoy muy ocupado con el trabajo en estos días (I’m very busy with work these days). As such, I don’t have a ton of time to sit around watching Netflix. That being said, there are two shows I’ve really enjoyed watching recently as a way to practice my Spanish listening skills and also to learn more about la cultura mexicana (Mexican culture).

If you’ve been reading the blog for a while now, you won’t be surprised to find out which shows they are. After all, I’ve already written about my love for these two subjects in past posts… 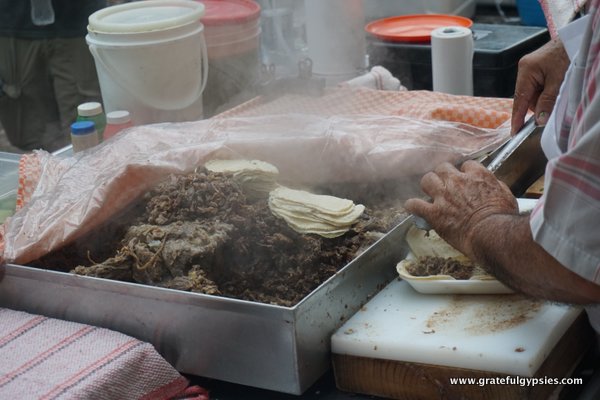 A typical taco vendor on the street.

First up is an awesome show called “Las Crónicas del Taco” (Taco Chronicles). Here’s a short description of the show:

“Taco Chronicles is an ode to the most emblematic and endearing dish of Mexico, a documentary series that looks at six iconic tacos from the beginning: the regions where each taco is the king. Pastor, carnitas, basket, grilled beef, barbecue and stew tacos. From Mexico with pride for everyone.”

Check out the trailer for the show and be prepared for your mouth to start watering!

This show is a lot of fun to watch and it’s really informative. I learned more about tacos in watching the first three episodes than I had in my previous 34 years of life!

Speaking of tacos, I’ve got a few posts that you should read to learn more about Mexico’s most famous dish. Check out this one called “Me Encantan Los Tacos” (I Love Tacos) to find out about different types of tacos and get a bunch of vocabulary. Then, take a look at “Todos Los Tacos” (All the Tacos) to see what a street food tour in Puerto Vallarta looks like.

Another thing I absolutely love about Mexican culture is lucha libre. This high-flying style of professional wrestling features masked luchadores and is one of the most popular sports in Mexico.

I’ve been to the lucha libre fights several times already – in Mexico City, Guadalajara, and even in the Pitillal neighborhood of Puerto Vallarta. I even have several mascaras (masks) that I’ve bought from the fights. 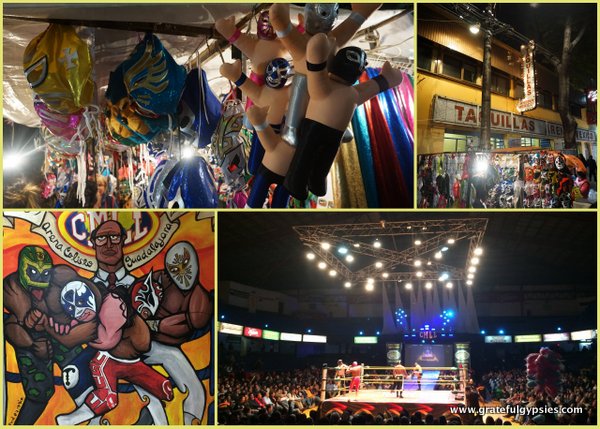 Mexican wrestling in DF and Guadalajara!

You can imagine my excitement one day when I was browsing the options on Netflix and came across a show called “Nuestra Lucha Libre” (Our Lucha Libre). Take a look at the trailer for a quick glimpse into this awesome show:

Basically, the show follows around different luchadores to give some insight into their wrestling careers and also their personal lives. Whether they’re a técnico (good guy) or rudo (bad guy), they all have an interesting story to share.

I couldn’t find a great description of the show in Spanish, but here’s a fun video on YouTube with “5 Razones para ver Nuestra Lucha Libre” (5 Reasons to Watch Our Lucha Libre):

Both shows are very well made and give a great insight into these important aspects of Mexican culture. I know I have a new appreciation for both tacos and lucha libre after watching them, and I already loved both before I even saw one episode!

I’d love to hear some more recommendations for shows to watch to practice my Spanish, so leave a comment below and answer this question:

¿Qué programas te gusta ver en español?
What programs do you like to watch in Spanish?