16 kg of candy per year per Swede, research says Posted by Stephen Maconi on Jul 8, 2017 in Culture 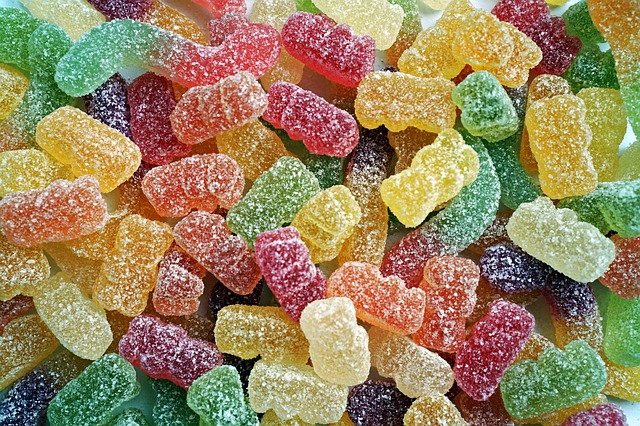 One of the lesser-known statistics about Sweden is that Sweden is one of the most candy-consuming countries in the world.

What’s typical for the average Swedish grocery store? The homey scent of fresh bread, a meaty delicatessen, and dairy products galore (milk, yoghurt, quark, and not least filmjölk, a type of sour yoghurt said to be particularly healthy). There are plenty of fruits and vegetables, frozen products, and an abundance of candy. The last of these is not to be underestimated – even the smallest grocery stores – even corner shops – in Sweden have an aisle for packaged candy as well as a separate aisle or section devoted to pick-it-yourself candy cubbies. Take a look!

Everywhere you see one of these, there will be paper bags or cups available as well as little shovels for you to pick out your own special blend of your favorite candies.

Why do we have these to the extent we have them? The only reasonable explanation is that there is a large demand for candy! According to a 2016 study performed by Jordbruksverket, The Swedish Board of Agriculture, Swedes consume approximately 16 kilograms of candy per person per year. (For our US readers, that’s about 35 pounds!) The average family of four consumes approximately 1,2 kilos (~2.6 lbs) per week, meaning 0,3 kg (over half a pound) of candy per person per week.

According to the same study, 16 kilograms per year in recent years makes a 60% increase in Swedish candy consumption in the past 30 years.

One big reason we have such high candy consumption in Sweden is the tradition of lördagsgodis, “Saturday candy”, which has become established among children and families. When watching a movie or playing videogames, candy is the tradition rather than popcorn.

How is it in your country? Are you guys as candy-crazy as the Swedes?!

About the Author: Stephen Maconi

Stephen Maconi has been writing for the Transparent Swedish Blog since 2010. Wielding a Bachelor's Degree in Swedish and Nordic Linguistics from Uppsala University in Sweden, Stephen is an expert on Swedish language and culture.