Swedish Voices in Prose: Johannes Anyuru Posted by Chelsea B on Jun 17, 2020 in Culture, Living in Sweden, Swedish Language 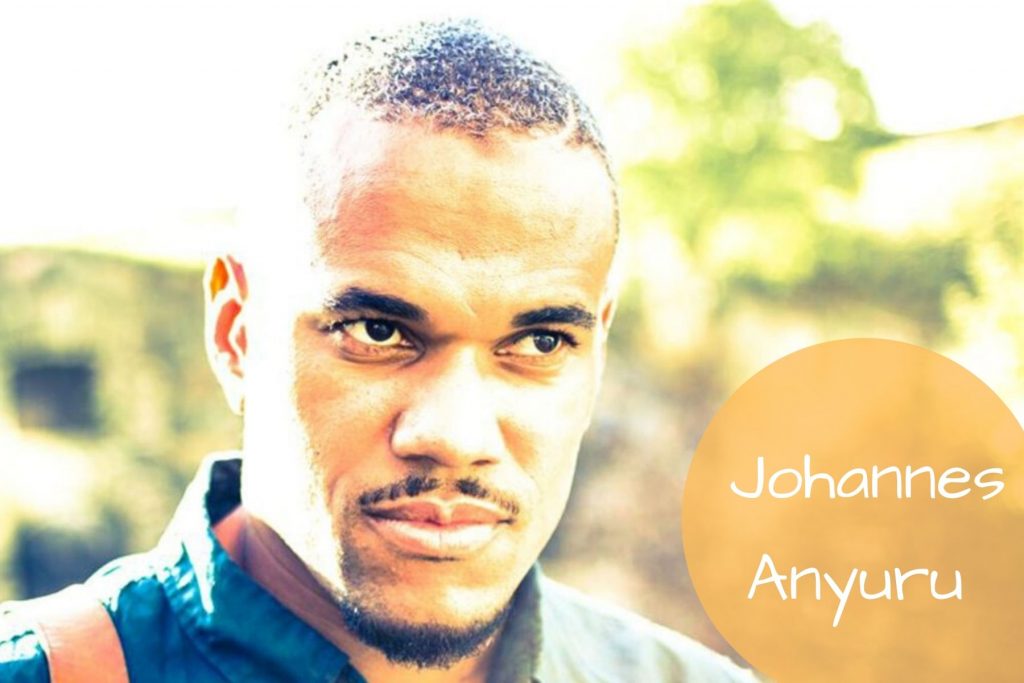 Writers have been using prose to reflect upon the world around them for millennia. One of my favorite Swedish writers who does just that is Johannes Anyuru. Today, we’ll learn a bit about Anyuru and introduce his 2015 poem Aska (Ashes).

Johannes Anyuru is a writer, poet, and playwright whose work focuses heavily on identity and the growing pains associated with the diverse people and narratives that make up modern Sweden. Anyuru was born near Göteborg in the city of Borås in 1979 to a Swedish mother and Ugandan Father. He has won numerous awards including the August Prize for literature in 2017.

I first encountered Anyuru’s writing in a university Swedish class. We read from his debut collection of poems called Det är bara gudarna som är nya (Only the Gods are New). This 2003 work builds upon Greek mythology and archetypes and how they are manifested in Sweden. Our class read a poem in which Anyuru compares the space between mainstream Swedish society and immigrant culture, like the famous Trojan Horse standing before the walled city of Troy. I had the pleasure to meet Anyuru while I was living in Växjö.  Stadsbiblioteket (The city library) held a poetry reading and was projecting excerpts of Anyuru’s works on their building. He was quite surprised when I told him that our small liberal arts college in the American Midwest was studying his poetry.

In the March 2019 online edition of Writers Without Borders, a translated excerpt from Anyuru’s essay “Alhambra” is included. In it, he describes writing like this:

Writing is a post-traumatic symptom: we’re born screaming, surprised to exist, and everything that follows is the search for a sign that can hold the scream of birth.

Anyuru is consistently seeking to articulate this “scream” in his work. After the 2017 terrorist attack on Drottninggatan in Stockholm, he writes:

I felt a deep need to participate as a Muslim in the dirgelike performance taking place in the media. I wanted to contribute to the columns and articles expressing shock, worry, and assurance immediately after the attack. I did; I wrote about Stockholm, but the text did not focus on the conflicts between center and periphery, black and white, rich and poor, city and suburb. Instead, I wrote about the line that separates those who in that moment had their humanity questioned and who knew they risked being subjected to additional terror laws, from everyone else—people for whom this particular moment in history was like any other.

I recommend reading more of this essay here, as it is excellently translated by Kira Josefsson, originally published in Glänta.

In 2015, a terror attack at a school in Trollhättan led Anyuru to his piece entitled Aska (Ashes). The poem opens as Anyuru compares himself to Ahmed Hassan, the 17-year-old student who was killed by a far-right extremist. The poem was published in Aftonbladet, you can read it in its entirety there. But for now, enjoy the first few stanzas below.

Sorry beginners, this is a difficult piece to read! But never fear, next week I plan to lighten it up with some beginning grammar for you. Vi ses då!