The Swedish Kitchen Series: Frukost Posted by Chelsea B on Jan 14, 2021 in Culture, Living in Sweden, Vocabulary 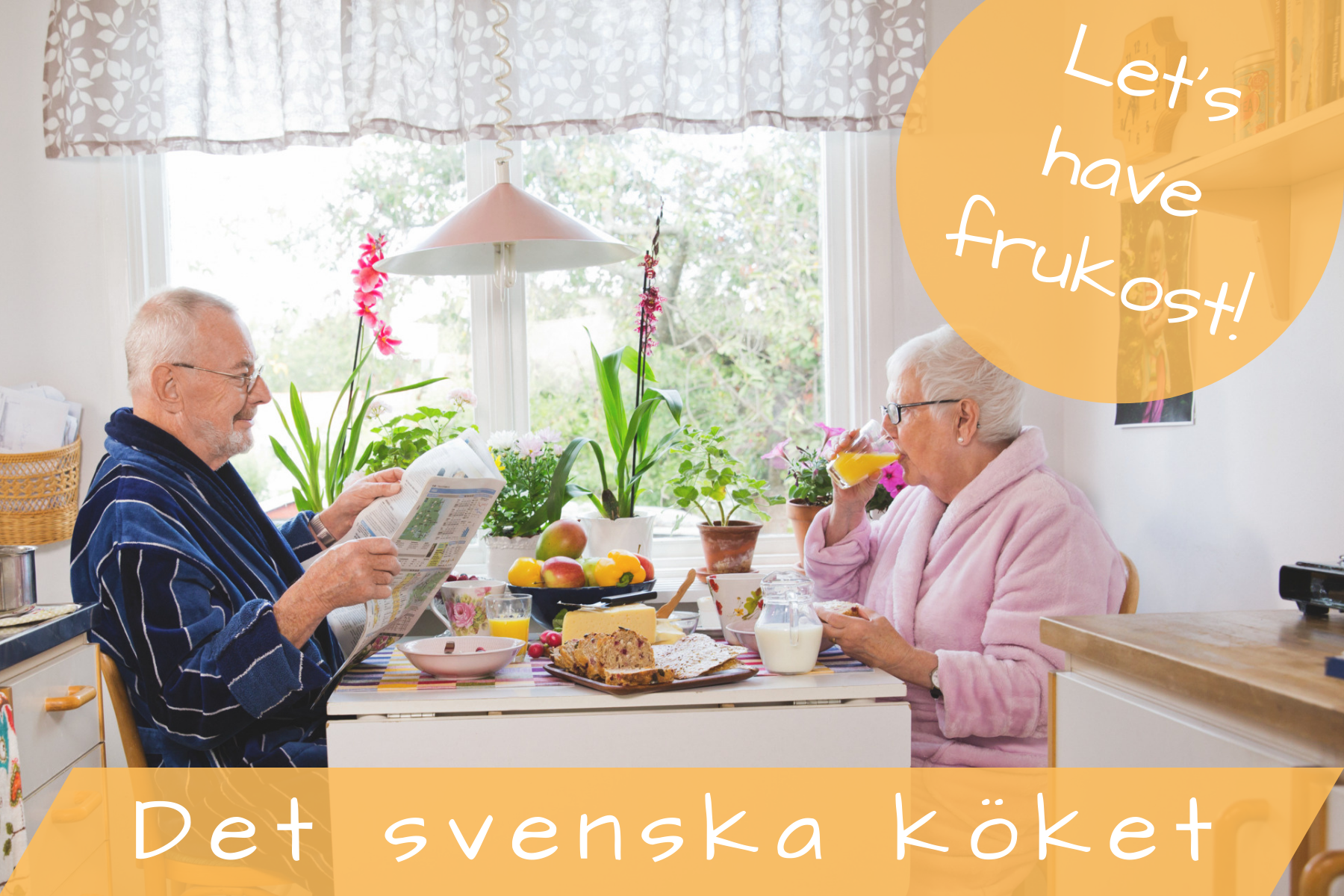 The building blocks of a successful day come from your first meal – frukost, breakfast. Many folks simply grab a piece of fruit and cup of coffee as they spring out the door. But when Swedes take the time, they are sure to cover every food group in their first nosh of the day. In November, I mentioned a series from Svenska institutet that I’d be coming back to called Det svenska köket / The Swedish Kitchen. Then, we covered the modern tradition, fredagsmys. Now, we’ll look at frukost. At first mention, it doesn’t seem that exciting, but trust me, there are a few staples on the Swedish frukostbord (breakfast table) that are worth a second-glance.

The Swedish word frukost has German etymology. Früh means early in German, and Kost is defined as “food,” or “meal.” Det svenska köket’s chapter on frukost has a list of the most common things one will find on a svenskt frukostbord.  Below I have provided the English translations to accompany that list, as well as some explanations to the standouts that crave some content – you’ll see those ones bolded.

kokt ägg cooked      egg (hard/soft boiled)
*Pan fried or scrambled eggs are something Swedes enjoy for weekend brunch. Most commonly, a hard or soft boiled egg is eaten with a spoon from an egg cup.

mjukt bröd                      (soft) bread, as opposed to…
….knäckebröd               crispy rye bread
*Knäckebröd is the reason we need to specify that a loaf of bread made from a risen dough is called mjukt bröd, or soft bread. Knäckebröd is a thin, crispy bread made with rye flour and was developed as a way to provide sustenance for travelers’ long journeys. Leksands knäckebröd translates knäckebröd to “crispbread” but many refer to it in English as rye crisp, or the English “hardtack.” You can find Leksands in most large grocery stores nowadays, or you can make your own version from this recipe in Det svenska köket. 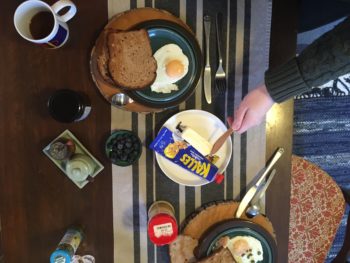 Although I basted my eggs instead of hard boiling this morning, you will notice a tube of Kalles on the table.

*This one may come as a surprise. When speaking about kaviar at breakfast, we’re not talking about expensive tins of fish roe, rather a creamy, salty fish spread that comes in a tube. It’s not for the faint of heart and delivers a shock to Swedish breakfast newbies. The iconic blue tube of Kalles kaviar is a staple in many Swedish refrigerators. If you’re not living in Sweden, you may have luck finding Kalles in your local IKEA marketplace.

*These last 3 were surprises to me on my first trip to Sweden. Pålägg as seen in korvpålägg refers to anything that you would like to put on top of your open-faced sandwich, the smörgås. Hårdost, gurka, tomat, mentioned in the list above, along with cold sliced meats make up morning pålägg options.

* More of a modern addition to the breakfast spread, smoothies are enjoyed at home, blended fresh in cafés, or bottled from the corner store. Sometimes you’ll hear Swedes say the English “th” sound in smoothie, but more often the “th” transforms into a “t”, becoming “smoo-tee.”

Vad brukar NI äta till frukost? What do you all usually eat for breakfast? Tell me in Swedish in the comments below! 👇