If you’re island hopping in the south of Thailand, why not split up your trip and pay a visit to one of the country’s many national parks? When traveling from the Gulf of Thailand over to the Andaman Coast, you’ll pass right by Khao Sok (เขาสก). According to the park’s official website, “The name ‘Khao Sok’ is derived from the word ‘Ban Sop’, which means ‘house of dead bodies’.” This creepy name comes from a 1944 epidemic that killed most of the local population. Thankfully, the area and its people have since bounced back as the natural beauty has drawn in more and more travelers looking for something other than sun and sand on their Thai vacation. This national treasure is also often called the “Guilin of Thailand,” referring to the famous karst mountain-filled landscape in southern China. 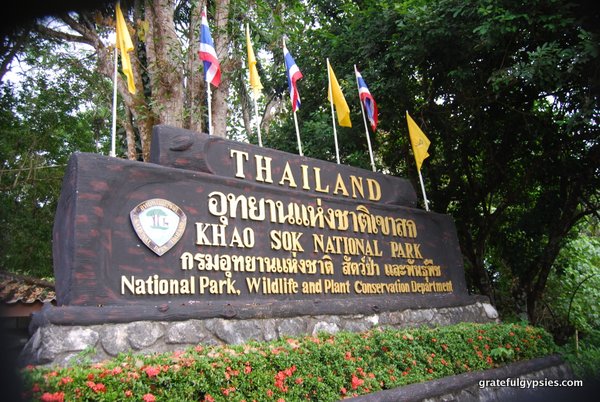 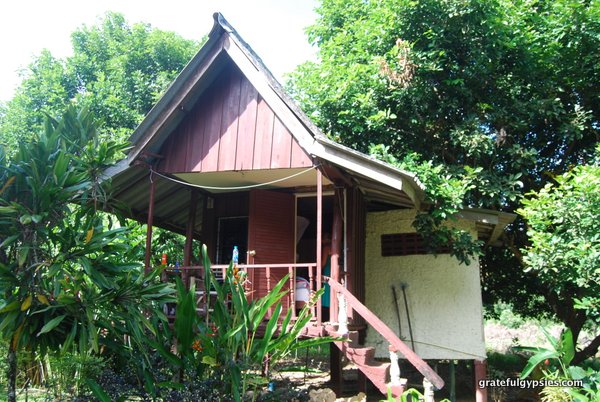 Our simple room at Jungle Huts.

Arriving at Khao Sok late in the afternoon, we checked into our shack for the night at the Jungle Huts guesthouse and ordered up some spicy Thai curry and cold Chang beer. After spending nearly a week on the tourist-filled islands of Koh Tao and Koh Pha-Ngan, it was nice to be out in the jungle, far away from any signs of civilization. We were informed that a special festival was going on, with athletic competitions scattered throughout the day and a big celebration scheduled for the evening. Unfortunately, we were too late to catch any of the events, but we certainly weren’t going to miss out on a local party. 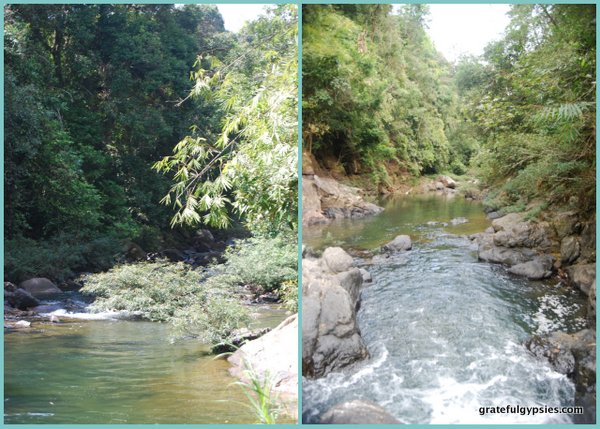 Get out in nature for a while.

In addition to the impressive National Park, there are a lot of other activities which can easily be arranged during a visit to Khao Sok, such as: canoeing, kayaking, hiking, and elephant riding. Most guesthouses offer one, two, or three day treks that include stops at various waterfalls and caves as well, for those planning a longer stay. As we only had one full day to spend there, we decided to explore the park and save the extra activities for another time. 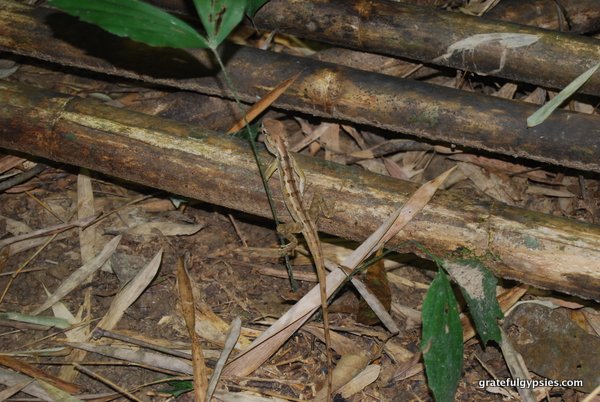 I come from the land of lizards.

Before we headed to the festival, we joined a local guide and his friend on a night hike around the outskirts of the park. Although we didn’t see much in terms of wildlife aside from lizards and spiders, we learned quite a bit about the area and the park from our guides. Plus, without their expert knowledge of the area, we surely would have gotten lost had we attempted the hike on our own. Guides are also available for hire to take you through the park during normal business hours, but I don’t think it is necessary, as the trails are clearly marked and not too difficult. 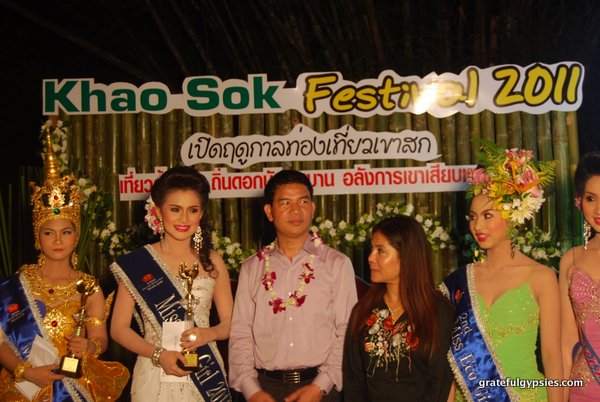 All dressed up for the festival.

Having worked up a bit of a sweat and an appetite on the night hike, I was thrilled when we arrived at the festival stage and were greeted by an enthusiastic local who insisted on loading up plates full of delicious, spicy Thai food for us. The man, who spoke very little English, did his best to explain to us that he had been victorious earlier in the day in a boxing match, as he proudly displayed his medal. It was evident he had already done quite a bit of celebrating, as he certainly would have won the medal for “Drunkest Guy” had there been such a contest. 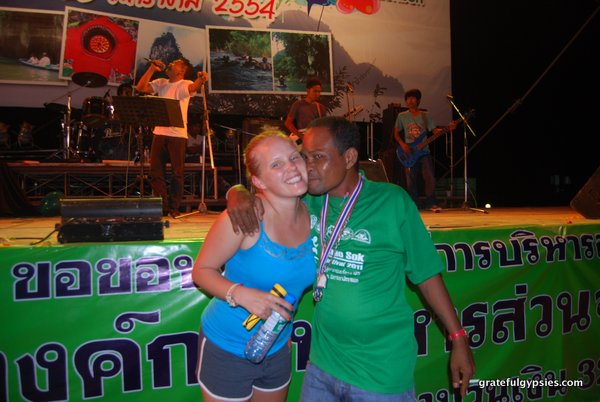 Is there a medal for drunkest guy?

With our new friend, we spent the evening dancing to Thai music, eating Thai food, and drinking Thai beer. After attending the Full Moon Party, which was basically all farang, it was nice to party down with locals and see how Thai people really like to have fun. 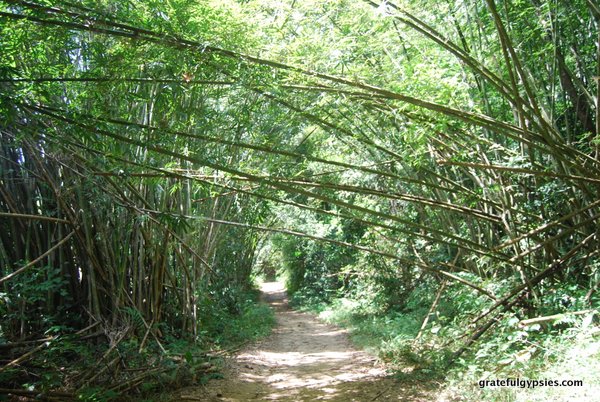 Hiking in the park. 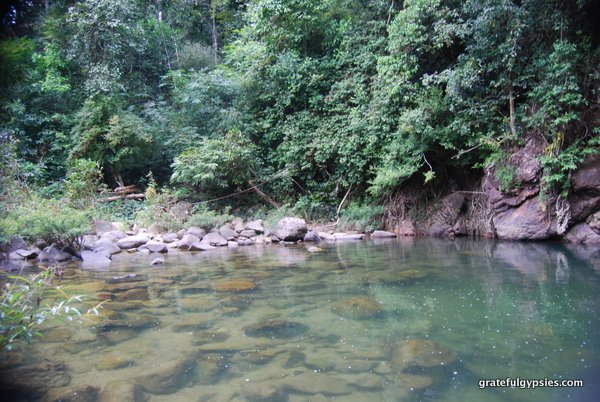 A swimming hole to cool off in.

The next day, we spent a good six hours hiking through the park on our own. It was a moderate hike with plenty of opportunities to rest and take a dip in the water to cool off. With seven main points along the hike, we managed to make it out to the sixth one. Featuring a peaceful little swimming hole, this stop provided a perfect intermission for the hike before we headed back. 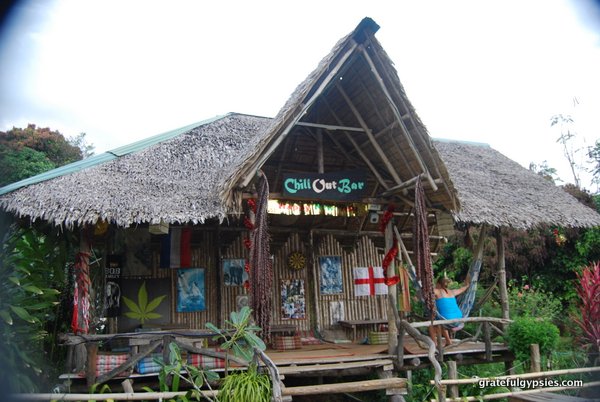 Around the park, there are plenty of guesthouses, restaurants, and bars, all providing a very relaxing atmosphere with great food, music, and drinks. We chowed down at an Italian restaurant (yes, even out in the jungle of Thailand you can get pizza) and then spent the evening hanging out at the Chill Out Bar, which lived up to its name. 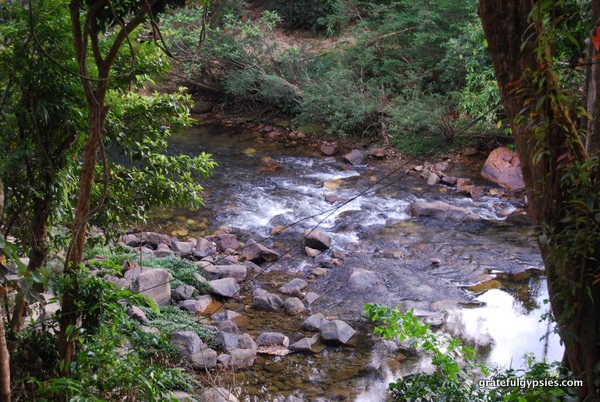 Take a break from the beach and explore a park!

For anyone considering doing a trip similar to ours, where you bounce from the Gulf Coast over to the Andaman, I highly recommend stopping at Khao Sok for at least two days. It’s a good way to split up your time on the super touristy islands, and if you’re a nature lover like me, it’s a great opportunity to get out and enjoy the great outdoors before you return to beach bumming.