The Most Famous Vietnamese Heroines in History: The Trưng Sisters Posted by Kandle Dart on Feb 28, 2022 in Culture, Events, History, Vocabulary 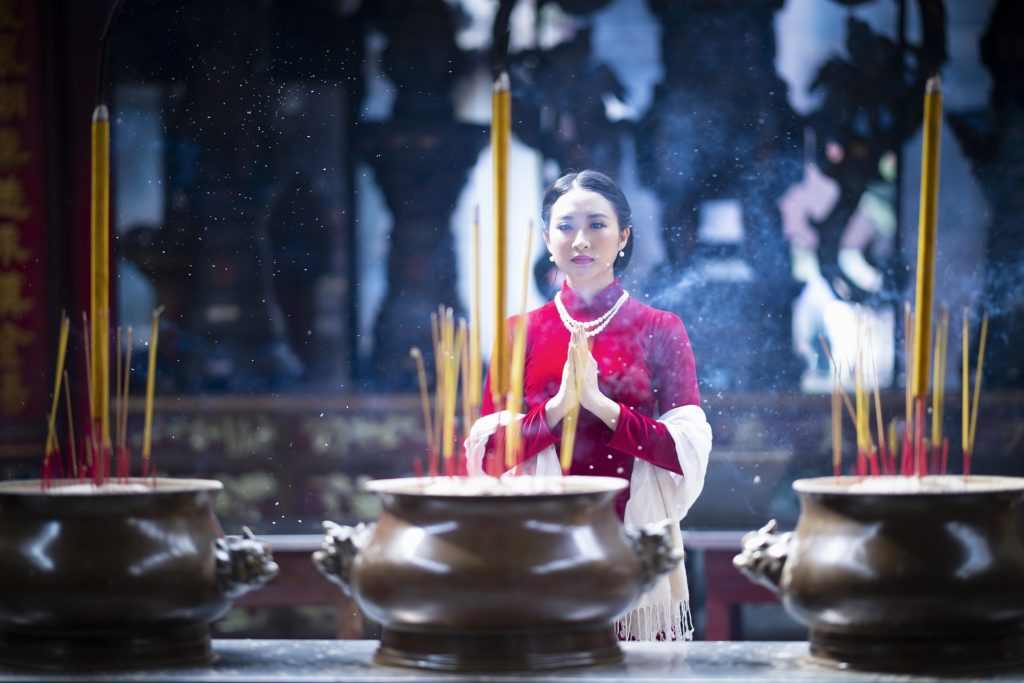 Ask any Vietnamese who grew up in Vietnam to name a heroine in Vietnamese history, particularly in ancient history, and I bet you will get the same answer: It’s Hai bà Trưng (Trưng ladies or Trưng sisters), namely Trưng Trắc (the elder sister) and Trưng Nhị (the younger sister) of the first century. They are the most well-known and worshiped heroines in Vietnam through the previous two thousand years.

Trưng Trắc is considered the first queen regnant in Vietnamese history with the title as Trưng Nữ Vương (Trưng Queen Regnant) or Trưng Vương in short. The two ladies, Trưng Trắc and Trưng Nhị were daughters of a lord. Trưng Trắc’s husband, Thi Sách, was also a lord. At that time, Vietnam was under Chinese domination. The Trưng sisters were well taught in both literature and warfare. Tô Định (Su Ding), the tyrant Chinese governor beheaded Trưng Trắc’s husband. That led to the Trưng‘s sisters reaction, wherein they led the tribe, Lạc Việt, to revolt. The uprising spread and gained support from other areas of Vietnam. Trưng Trắc declared independence for Vietnam and proclaimed herself to be Trưng Vương (40-43AD). Eventually, the Trưng sisters were defeated by Mã Viện (Ma Yuan), a Chinese general, and they took their own lives by jumping into the river rather than surrender. Below is the story of Hai bà Trưng in Vietnamese.

Watch the YouTube below if you prefer to hear the story in English.

Every year, the Vietnamese both in Vietnam and the expatriate community commemorate Hai bà Trưng on a large scale during the days following Tết (Vietnamese New Year celebration), often falling in February, or coinciding with the celebration of International Woman’s Day in early March. Officially, Hai bà Trưng‘s anniversary is March 6 in the lunar calendar. During this occasion, you will find a lot of Hai bà Trưng re-enactments, offerings, plays, and parades throughout the country. The largest event is of course at the Hai bà Trưng temple in Hanoi. The below YouTube clip explains a lot about the story, food preparation for the offerings, and other traditions of how the people prepare and celebrate the Hai bà Trưng’s anniversary in Hanoi.