Arabic TV and Radio Programming Posted by Transparent Language on May 27, 2010 in Culture

Last week I posted about BBCe! Best Bits, an Arabic language podcast broadcast by the BBC and produced in partnership with Egypt Radio. Well, the BBC has a variety of Arabic programming, and there are several other podcasts in Arabic that deal with a variety of topics. I’ve compiled a list of BBC Arabic programing below.

Most of these podcasts will be for advanced listeners, but I think they can be extremely useful and especially interesting for those interested in Arabic culture, society, and current affairs in the Arab World. The most recent edition dealt with the emergence of electronic publishing and it’s impact on print media in the Middle East–a hot topic that is currently the center of attention in much of the developed world. Another edition discussed the impact of the Hijab on female athletes competing in sports events. BBC Xtra is a daily podcast with an average length of 23 minutes.

Subscribe to BBC Xtra podcast or listen directly from your browser 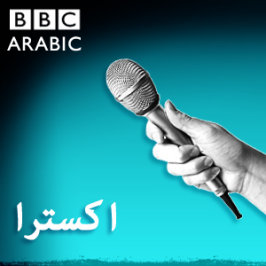 The next podcast on this list is BBCe! Quiztime. This podcast is also produced by the BBC in partnership with Egypt Radio. However, unlike BBCe! Best Bits, Quiztime is a weekly 10 minute show where the host tests listeners on their English skills (in Arabic). While the learning order is reversed I believe this podcast is very useful.

Subscribe to BBCe! Quiztime or listen directly from your browser 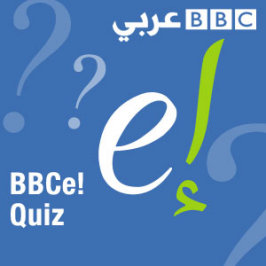 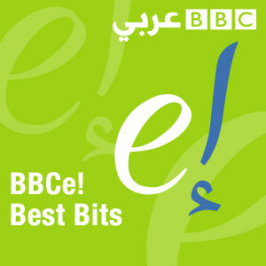 The BBC also has a dedicated-Arabic website with links to live TV and radio broadcast in the Arabic language. You can visit the BBC’s Arabic website through the following URL: www.bbc.co.uk/arabic/

The following is a list of Arabic TV stations based in various parts of the Arab World:

Most of the above websites provide some type of live broadcast service over the internet.