Basic Technology Terms in Arabic and How to Write in Arabizi Posted by yasmine on Aug 7, 2019 in Arabic Language, Vocabulary

Have you ever thought of switching your phone or computer to Arabic? Try it for a day and see what terms you understand such as “username”, “save”, “delete”, etc. In this post, we’ll be looking at technology vocab in Arabic. Keep in mind, some terms are the same used in English. You’ll also find that in colloquial Arabic, you’ll hear a lot more of the English terms being used rather than the formal standard Arabic terms. We’ll also talk about Arabizi, what that is, and how it is used in modern day chatting on social media.

Let’s begin with computer related terms: Computer in Modern Standard Arabic is حاسوب. Which you will find being used in textbooks, but in everyday Arabic, we say كومبيوتر. 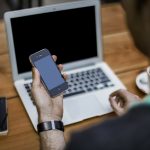 If you happen to have Arabic speaking friends on social media, you may have noticed them using letters as well as numbers to make words. For example, “mar7aba” instead of “مرحبا” or kul 3am wa inta bi5air” instead of “كل عام وأنت بخير”. Notice the numbers 7,3, and 5. These numbers are used for Arabic sounds that do not exist in English. (See below). This new system of writing is called “Arabizi” hence, Arabic language using English (إنجليزي) letters. It began with text messages when more people started having cell phones. The younger generation did not like switching to the Arabic keyboard. It was easier to type using the English keyboard, yet it was easier to use numbers for the Arabic specific sounds. Why use “kh” for خ when you could just use 5. Or capitalize an “h” for ح or capitalize a “t” for ط when you could use the number 6. Note that you’ll find most Arabizi in Arabic dialects since the language of chatting is in dialect.

Here are all the Arabic letters represented with numbers: 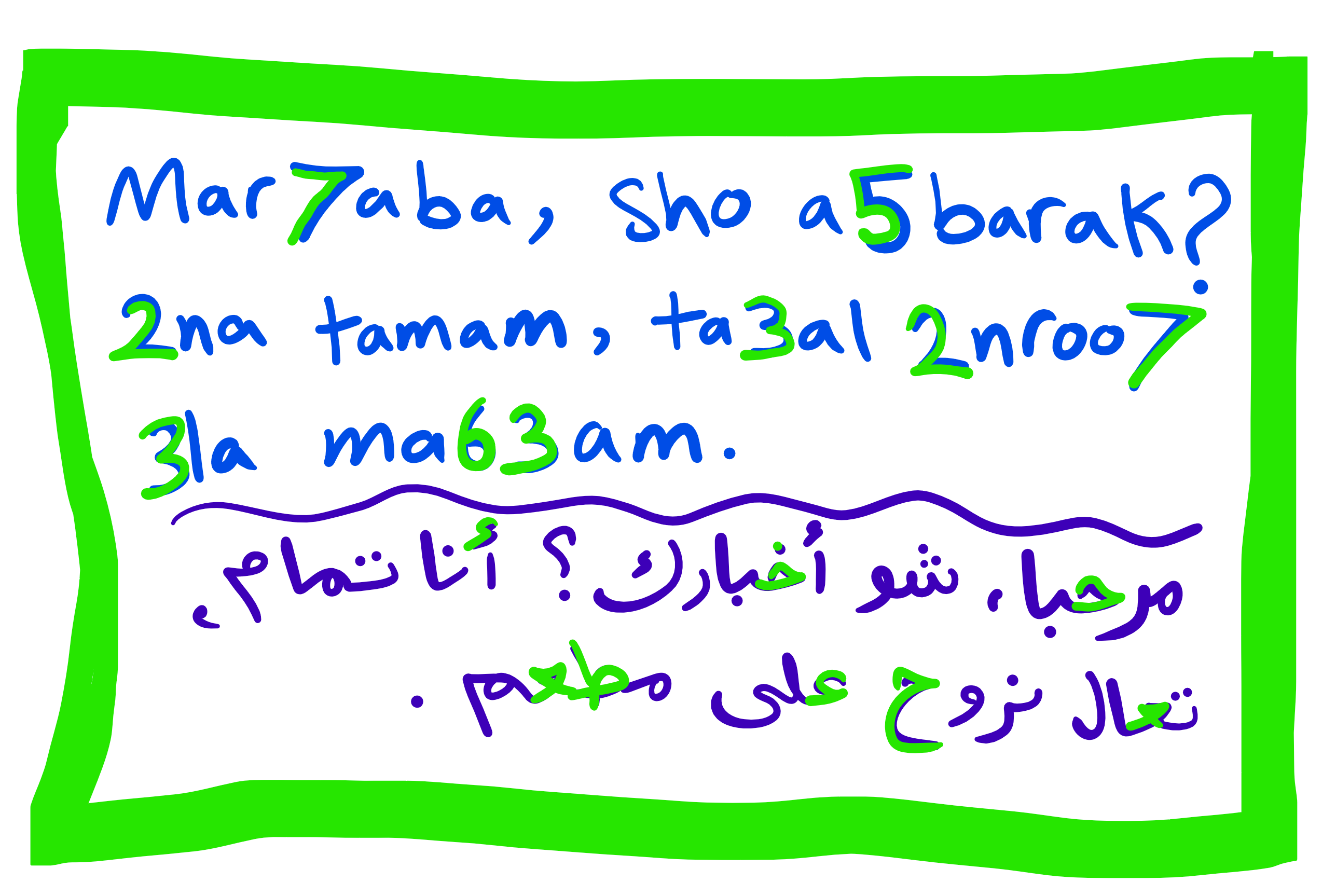 Can you make out these Arabizi sentences in (Levantine dialect)?

Hi, how are you? When do you have a lecture?

I have to go home.

Did you pray the sunset prayer ?

I hope you found this interesting, ma3 salama! 😊