What do you think the Arabic saying ‘Ala Al-barakah’ means? Posted by Hanan Ben Nafa on Mar 29, 2017 in Culture 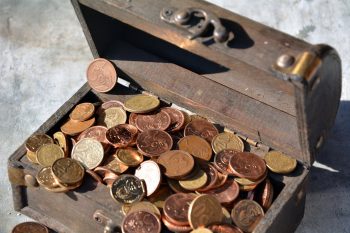 There are many phrases in Arabic that not only have cultural connotations, but also direct religious ones. The Arabic phrase we are going to look at today is ‘Ala Al-Barakah’ على البركه , which means ‘By God’s blessings’.

The word ‘barakah’ literally means “blessing” and “increase in something”. In the Arab Muslim world, the word ‘barakah’ has a very important place in people’s everyday life because of its strong religious associations. It refers to a divine blessing or endowment, or it can also be a sign of divine care of one’s life. For example, Arabs often refer to someone who is well-connected to God and leading a peaceful, content life as ‘Rajul Mubarak’ رجل مبارك or a “blessed man”. It’s believed that because of his good character traits, he deserves the blessings that God bestows upon him, particularly when it comes to possessions and income. In fact, barakah is often used in reference to money. People say that there is “barakah in his money”,  في الرزق بركه which means that that money is being protected by God from being stolen or spent recklessly, and it might even increase! Barakah can also have an impact on one’s time and life in general by making it productive and fulfilling. Absence of barakah is usually considered a negative thing that can make one vulnerable to loss.

In colloquial Egyptian Arabic, the two parts of the phrase are combined together, shortened and said as one word: ‘al-barakah’ عالبركه. The phrase was chosen for Nancy Ajram’s song, which was released in summer 2015 song (see video below), to celebrate Egypt’s launch of Suez Canal expansion. In this context, ‘al-barakah’ referred to hope and optimism that the new expansion would be taken care of by God and therefore bring prosperity to the country. People often use it as a way of seeking blessing and guidance from God, once they have made their mind on something and intended to start working on it.

There is also a related idiomatic expression that is used to refer to someone “mubarak”, that is: ‘Mashi ala al-barakah’ ماشي على البركه  which means: ‘Living under God’s blessing’. This expression is used to refer to someone who lives according to God’s will and has faith and trust in God’s and his plans, not worrying about carefully planning his life’s details or panicking about the future. In Islam, these qualities make up the concept of “tawakkul” توكّل >, a total reliance on Allah.

It is interesting, though, that ‘Ala al-barakah can sometimes have a negative connotation! People use it ironically to describe things that are random and are left to chance. Someone who is ‘Mashi ala al-baraka’ is one who is careless and is not bothered to manage his life wisely. When someone is careless, but still manages to survive and keep going, people wonder: ‘How can this person manage his day-to-day business?’, and others would reply: ‘Ala al-barkah’!!