A while back, I wrote a post on here about “How to Order Coffee in Chinese.” Although coffee isn’t exactly a traditional Chinese drink, it has become more and more popular with China’s growing middle class, who want to be trendy by hanging out at places like Starbucks. One of our readers requested a similar post about tea, which actually makes much more sense on a Chinese language & culture blog. You ask, we deliver! Here’s a bit of background about Chinese tea culture to get you started: 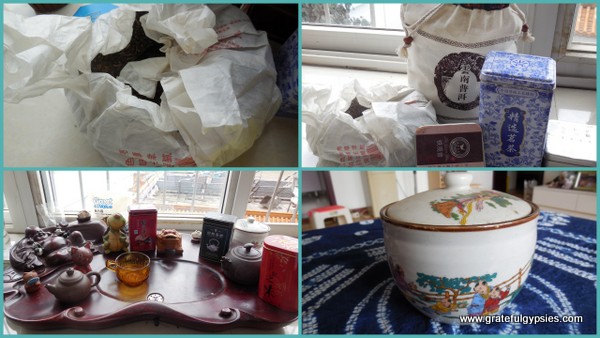 Tea is everywhere in China.

Drinking tea is a huge part of Chinese culture that goes back thousands of years. Not surprisingly, they don’t call it a “coffee table” in Chinese, but rather a “tea table.” It’s not uncommon to see very elaborate tea tables set up in people’s homes and businesses, as inviting friends, colleagues, or guests in for a pot of tea is a very regular occurrence. Sharing a pot of tea is a great way to catch up with friends or family members, or to break the ice when doing business with someone. Should you be offered to join for tea, it’s polite to do so. Just make sure you don’t pour your own cup, as that’s considered rude. Your host will ensure that your cup is always full. Look around you when you’re out and about in China, and you’ll notice that most people carry a bottle full of tea at all times. Hot water dispensers are readily available and are free in places like train stations and airports, as Chinese people just can’t go without their hot cup of tea. 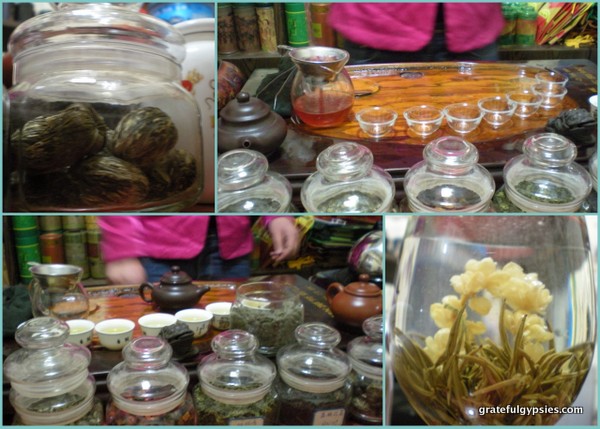 One word of advice when it comes to drinking tea is to watch out for the tea ceremony scams that are notorious in places like Shanghai. Friendly, eager young Chinese ask you if they can practice their English with you over some tea. Next thing you know, you’re looking at a massive bill for a few small cups of tea. This happened to us on New Year’s Day a few years back in Shanghai. In hindsight, we should have seen it coming, but we were quite hungover and not exactly 100% with it. Either way, we have a funny story to tell and it was actually pretty fun watching the elaborate tea ceremony for the first time. Never again, though! 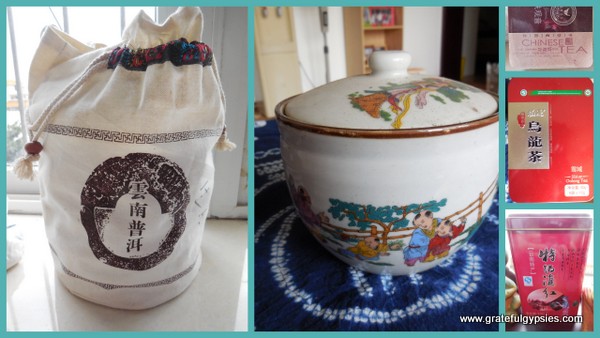 Pu’er tea is quite popular.

There’s a reason the phrase “all the tea in China” is used – there really is a ton of tea there! The main varieties of Chinese tea are: green, black (known as red in the West), yellow, white, oolong, and flower. Of course, certain regions are more famous for their tea than others. You won’t find much tea being grown in Beijing, for example, but you’ll sure find a lot in places like Yunnan. The Pu’er tea (普洱茶 – pǔ’ěr chá) that’s named after the region where it’s grown is one of the most famous varieties in all of China, and it’s even catching on in the West as well. Another place known for its tea is Hangzhou, and the Dragon Well (西湖龙井 – xī hú lóng jǐng) tea that comes from there is quite possibly the most popular in all of China. In general, green tea is more popular than other varieties. 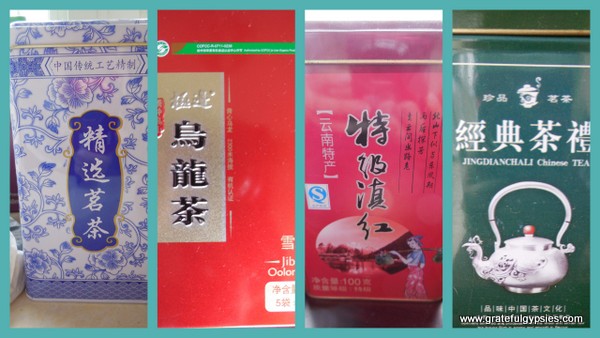 Here’s all the vocabulary you’ll need for talking about tea in Chinese: 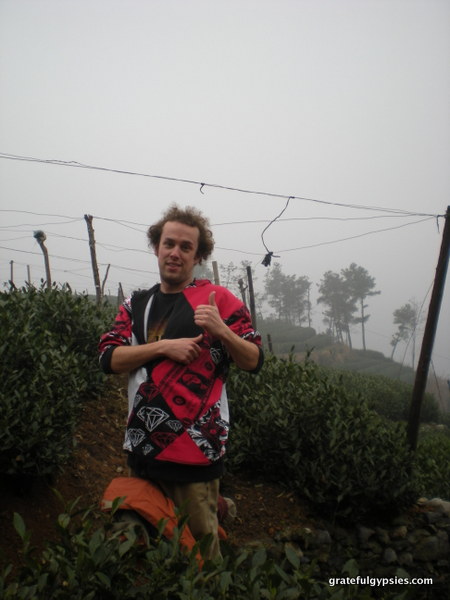 Thumbs up for tea!

Here are a few examples of sentences you may use related to drinking tea in China:

Now here are some questions for you to answer: