Top 10 China Experiences Posted by sasha on Sep 17, 2015 in Uncategorized

In the 5+ years that I lived and worked in China, I was fortunate enough to have more incredible experiences than I can even count. Perhaps the fact that the 2008 Olympics kicked off on my first day in the country was a sign of epic things to come, as the years that followed were full of adventure and discovery. In that time, I managed to explore every corner of Beijing, lots of Yunnan, and more than half of the provinces in the country. Since leaving a few weeks ago, I’ve been doing lots of reflecting on all the great times I had in China; there are so many that thinking about them keeps me quite busy. If you’ve been following the blog for a while, you may have noticed that I’m a sucker for Top 10 lists. Well, here’s another one for you, as I count down my Top 10 Experiences in China: 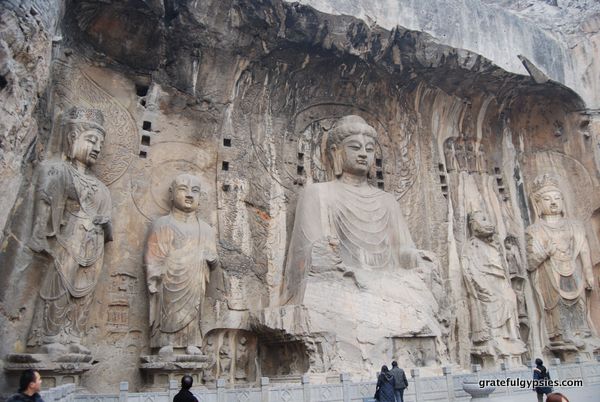 Massive Buddhas carved into the rocks.

China is home to three massive Buddhist grottoes, and I’ve had the chance to visit two of them. Of the two, the Longmen Grottoes (龙门石窟 – lóng mén shí kū) in Henan stand out more in my memory. Not to take anything away from the Yungang Grottoes in Datong, but I got to Longmen first and thus it leaves more of an impression. As with many places in China, I was left standing in awe, wondering how on Earth people managed to carve these beautiful Buddhist images right into the cliffs. Should you get the chance to visit one of the three, definitely jump at it for an incredible cultural experience. 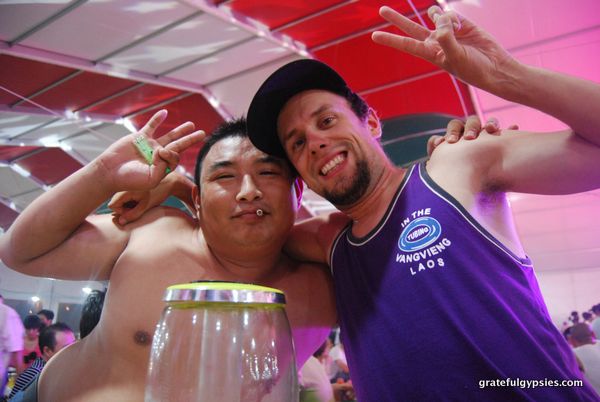 I’m not gonna lie, I love beer. I’m with Benjamin Franklin, who once said, “Beer is proof that God exists and that he loves us.” Whether it’s having a pint and catching up with friends at the pub or playing a good ole’ game of beer pong, I’m always up for a cold one. In my time in China, I managed to get to the annual Qingdao Beer Festival (青岛啤酒节 – qīng dǎo pí jiǔ jié) on two occasions. Munching on tasty morsels like chicken feet and raw garlic, pounding lukewarm beers, and singing arm in arm with sweaty, shirtless Chinese men may not sound like fun to many, but I had a damn good time. 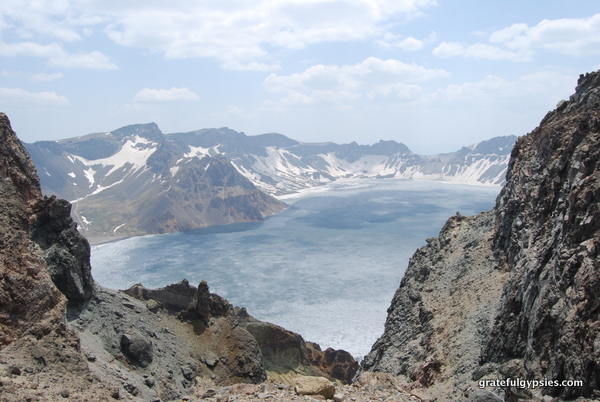 It’s not the easiest place to get to, but the juice is definitely worth the squeeze for people willing to put forth the effort to get to Changbai Mountain (长白山 – cháng bái shān) in Northeast China, the region known as Dongbei (东北 – dōng běi). It took two train rides, a couple of buses, and a terrifying jeep ride, but it all paid off when we got to stare down at the Heavenly Lake (天池 – tiān chí) – a crater lake that straddles the border with China and North Korea. It’s probably the closest I’ll ever get to the Hermit Kingdom in my life, and I’m totally fine with that. Aside from the lake, there are also great hiking trails, waterfalls, and much more to keep you busy for a few days. For more, read a complete guide to Changbai Mountain. 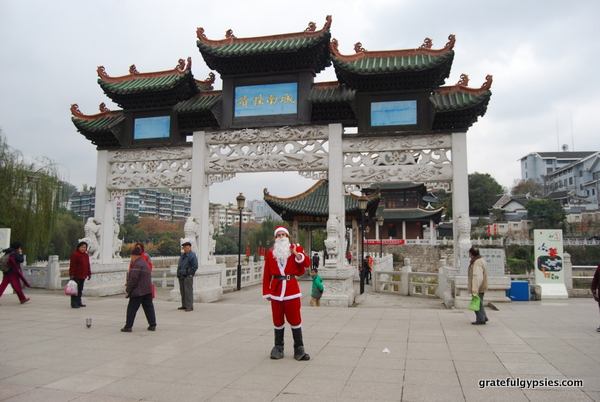 Terrible idea, great idea, or both?

In what may be the smartest and stupidest idea I’ve ever had at the same time, I decided to dress up like Santa (圣诞老人 – shèng dàn lǎo rén) and ride the train across China from Kunming to Beijing, stopping in a few provincial capitals – Guiyang, Changsha, and Wuhan – along the way. I spread Christmas cheer while square dancing with ladies, getting forced into bars, and eventually meeting up with all my Santa homies in Beijing for the annual Santa Con event – my 5h one. Something about playing “Christmas old man” (the literal translation of Santa’s Chinese name) in China just makes me happy, as I could bring a smile to the faces of the 1,000+ people who posed for pictures with me.

6. Cycling and Rafting in Yangshuo 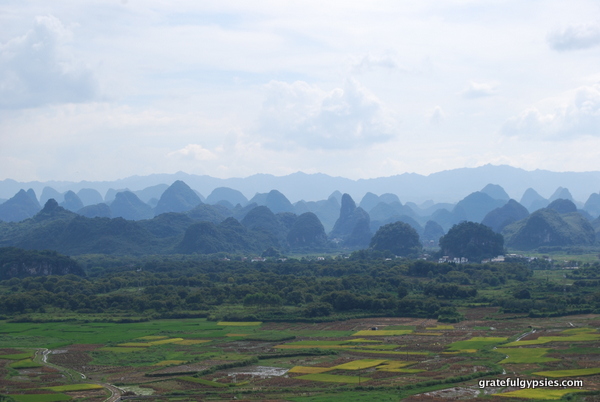 While it has morphed from an unknown backpacker town to one of the hottest tourist spots in all of China, there’s still a lot to love about Yangshuo (阳朔 – yáng shuò). The majestic karst mountain peaks and the beautiful Li River cutting through them is an image so stunning it made it onto the back of the 20 RMB note. The town itself is a bit chaotic, but a short jaunt on two wheels will take you to some unbelievable viewpoints that will make you forget the crowds in no time. They may be motorized now, but a cruise on a bamboo raft up the river is still a must-do experience in China. 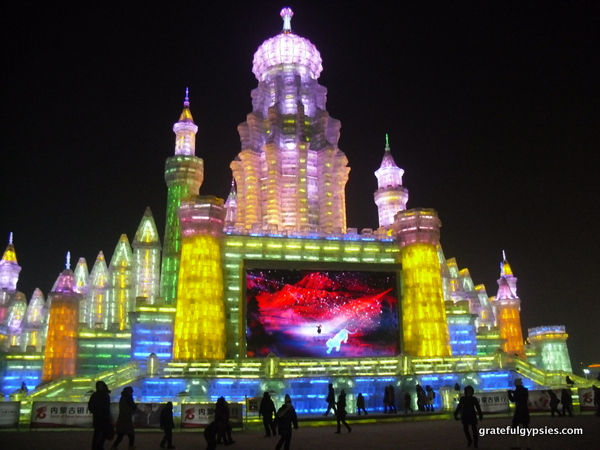 Some people hate the cold, but coming from Michigan I’m accustomed to it. In my five years in China, I traveled all the way up to Harbin (哈尔滨 – hā’ěr bīn) on three separate occasions to check out the Ice & Snow Festival (冰雪节 – bīng xuě jié). Artists travel there from all over the world to carve magnificent structures out of snow and ice, and it’s quite the sight to behold. At night, castles made of ice are illuminated in a sea of neon light, which inevitably leaves you feeling like “David After Dentist,” asking yourself “Is this real life?” Outside of the festival, there’s plenty of winter fun to be had on the frozen river, the historic St. Sophia cathedral, and plenty of cheap vodka to keep you warm. 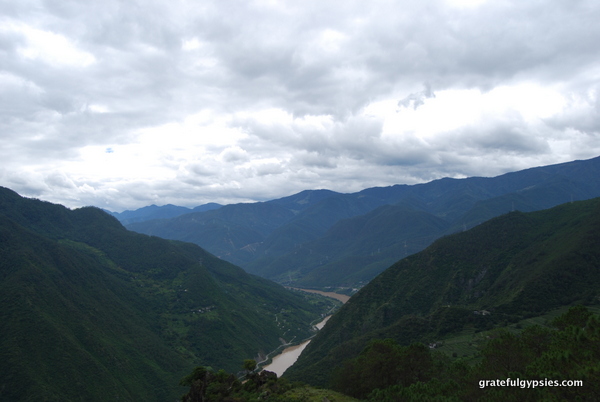 Scenery along the way at Tiger Leaping Gorge.

Back in 2011, we were meant to tackle the Tiger Leaping Gorge (虎跳峡 – hǔ tiào xiá) on our first trip to Yunnan, but new jobs got in the way and we had to cut the adventure short and get back to Beijing. Three years later we finally got to do the legendary 2-day hike, and it was nothing short of amazing. Well, my wife got bit by a nasty village dog, so that part kind of sucked, but the rest was great. Hiking up in the mountains and looking down at the Yangtze River is an awesome adventure that any nature lover should try when visiting China. 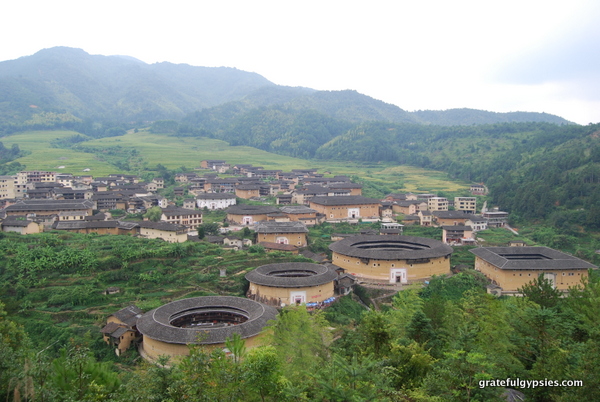 Ever since I first heard of the interesting tulou (土楼 – tǔ lóu) structures in southern China, I was fascinated by them. Checking them out had been on my China bucket list for a while, and I finally got to tick it off last year by spending a few days in Fujian province exploring a few of the surviving villages. Some of them are a bit tacky as they’ve been overdeveloped for tourism, but it’s still possible to stumble upon tulou just cycling around the area. One section we visited had an epic viewpoint and very few tourists, so you’ve just got to poke around to find the right spot to take them in. 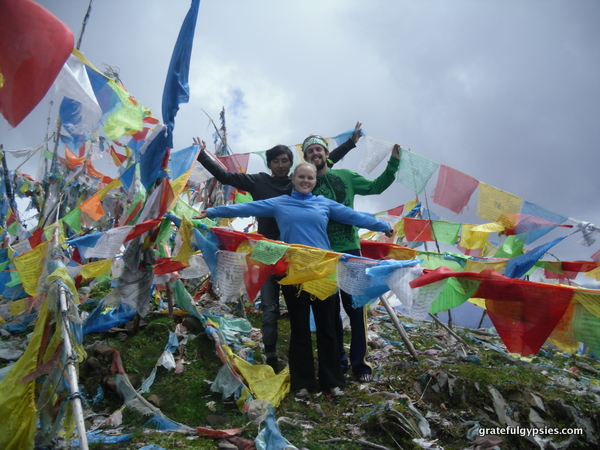 Although it’s incredibly beautiful, Jiuzhaigou (九寨沟 – jiǔ zhài gōu) National Park in Sichuan is one of the most popular places for domestic tourists in all of China, and I mean the matching hat-wearing, tour guide-following, selfie-taking worst kind of tourists. It’s hard to properly soak in the natural beauty of the lakes and waterfalls there when an obnoxious group pushes you out of the way as they yell and scream and jostle for position to snap a cell phone picture. Thankfully, the eco-tourism trek outside of the park gets you far, far away from that side of Jiuzhaigou. Over three days, we hiked up to 4,000 meters to the top of a sacred Tibetan mountain in an experience that I’ll never forget.

Ever since the first time I had visited the Great Wall (长城 – cháng chéng), I thought about how cool it would be to camp out on one of the Seven Wonders of the World. A bit of research proved that it was in fact legal and possible, so we decided to give it a try. It was a long trek out to the Gubeikou section of the Wall, but boy was it worth it! Far from the center of Beijing, we were treated to a clear blue sky and views of the wild, unrestored Wall completely devoid of people. With our tent set up in a watchtower, we enjoyed a picnic dinner with a bottle of wine as we watched the moon and the stars fill the sky. I’ve had tons of out of this world experiences in China, but this one easily takes the #1 spot.

How about you guys? I’d love to hear from our readers about some of your favorite experiences in China. After all, it is a massive country with lots to see and do! Leave a comment and tell us about it!