If you’ve only ever eaten Chinese food at restaurants in Western countries, you might think of it as General Tso’s chicken, egg rolls, and fortune cookies. Not surprisingly, the Chinese food in China looks a bit different. In fact, there are only really a handful of dishes that I’ve seen on menus in the US and China – Kung Pao chicken (宫保鸡丁- gōng bǎo jī dīng), chow mein (炒面 – chǎo miàn), and fried rice (炒饭 – chǎo fàn). When I first got to China, I definitely had a bit of culture shock when it came to eating out – “Where are the fortune cookies?!” – but I soon got over it and fell in love with real Chinese food. As a matter of fact, I haven’t eaten Americanized Chinese food since I made the big move way back in 2008 – it’s just disappointing compared to the real thing. For those of you who haven’t made it to the Middle Kingdom yet, I’ll be introducing real Chinese food in a new series here. First up, we’ll take a look at Chinese breakfast.

A Small and Simple Meal 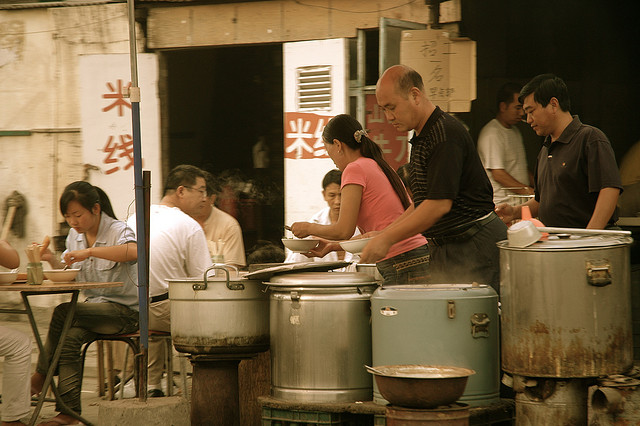 Image by Sam Sherratt from flickr.com

I absolutely adore Chinese food. When I’m out of China, I miss the food there much more than I miss good Western food when I’m in China. That being said, I’m not the biggest fan of Chinese breakfast. Whereas some Westerners like to say “breakfast is the most important meal of the day,” that isn’t the case in China. People in China generally have a small and simple breakfast and then have big meals at lunch and dinner. That being said, the things they do eat for breakfast tend to be quite filling, so it’s usually enough to hold you over until that big lunch. In the big cities, where you’re sitting in traffic or fighting the crowds on the way to work, breakfast is often grabbed from a street vendor and eaten quickly. They usually set up shop around 5-6 in the morning and are finished by 10 when most people have already started their work day.

This video from FT shows traditional Chinese breakfast and how things are changing with modernization and Western influences.

No Cold Breakfast in China

Westerners are quite used to eating cold food for breakfast – cereal, yogurt, fruit, etc. Chinese people much prefer to have three hot meals a day, though, and most find it very strange that Westerners would want to eat cereal and milk for breakfast. Breakfast foods in China tend to be oily, savory, and even spicy. 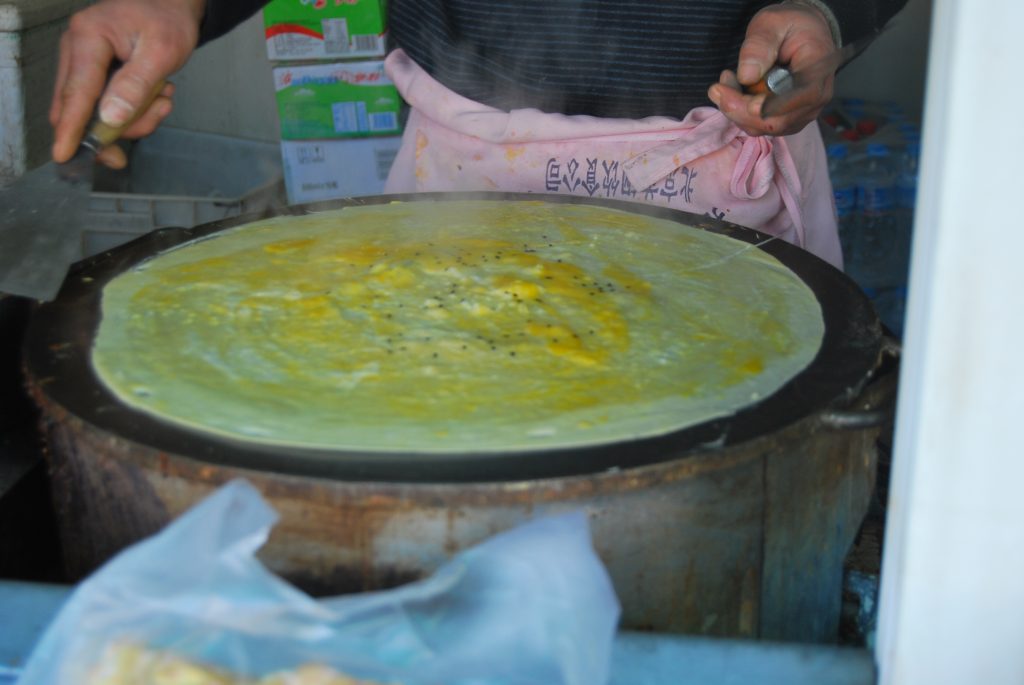 Forget about your scrambled eggs and bacon, because you won’t find those in a Chinese breakfast. The most common items for a Chinese breakfast are some kind of steamed bun, porridge, and noodles. Coffee lovers may be disappointed as well, seeing as how the drink of choice in the morning in China is soybean milk. To help you order your breakfast in China, here are 12 common breakfast items in English, Chinese, and pinyin:

My favorite is definitely jianbing (煎饼), the Chinese crepe. It’s a bit familiar to me as a Westerner – it’s kind of like a pancake or crepe with an egg – but it’s also very much Chinese, with green onions and spicy chili sauce. At 4-5 RMB, it’s a delicious, filling, and super cheap breakfast. See how they’re made and learn how to order one in this oldie but goodie from our YouTube page:

What do you think of Chinese breakfast? Have you ever tried it?