Recently, a friend sent me an article titled “Why Does China Have 1.4 Billion People and No Good Bands?” While it’s definitely an interesting question and a well-written article, I have to respectfully disagree with the premise. While I’ll admit that it’s not quite as cool as the scene up north in Mongolia, Chinese rock (中国摇滚 zhōng guó yáo gǔn) deserves some credit. I’ve had plenty of fun nights rocking out in China and wanted to share a bit of Chinese rock music with you in a new series. Just be warned – this blog post goes to 11! We’ll kick things off today with a little history lesson.

A Brief History of Chinese Rock

We actually don’t have to go back very far to get to the origins of rock music in China. During the Cultural Revolution (文化大革命 wén huà dà gé mìng), there was definitely no rocking out allowed. It wasn’t until the Reform and Opening Up (改革开放 gǎi gé kāi fàng) period under Deng Xiaoping that rock music started to trickle in. 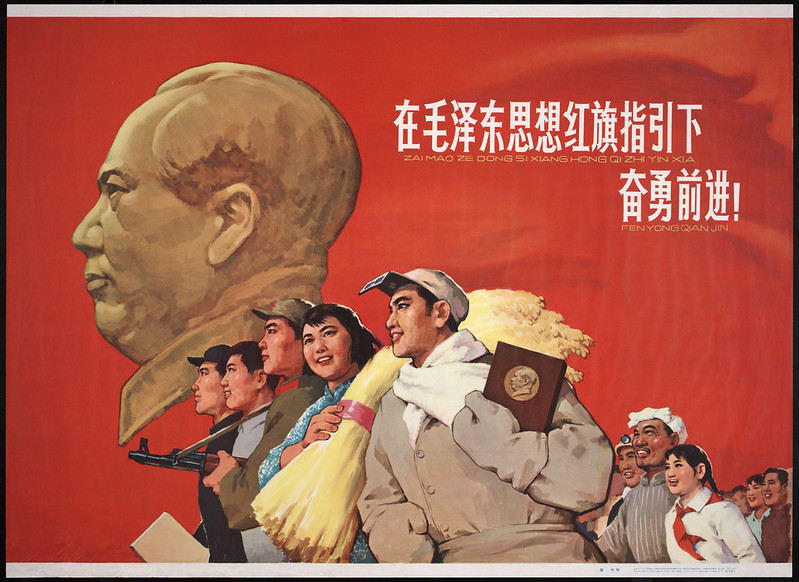 This new era in China’s history began in 1978, and the country had its first rock band the next year – a group of 老外 who called themselves the Peking All-Stars. They managed to line up a gig at a university and were asked to turn it down after just one song.

In a country that had been closed off to the rest of the world for so long, can you imagine the reaction the other students had to hearing the music of the Beatles and the Rolling Stones for the first time ever? What a gig to have been at!

They had several gigs around the capital for a couple of years but went their separate ways in 1984. You can read a more in-depth version of their story from founding member Graham Earnshaw on his website. In the story, he talks about meeting a local trumpet player and inviting him to jam with the band. They didn’t exactly vibe and he didn’t end up joining the band, but Cui Jian (崔健 cuī jiàn) would go on to become the “godfather of Chinese rock” anyways.

Cui Jian and the Northwest Wind

Cui Jian was a pioneer of the new genre of music in China that came to be known as Northwest Wind (西北风 xī běi fēng). This new style drew on the folk traditions of northern Shaanxi province while adding in the fast tempo and heavy bass lines of western rock music. 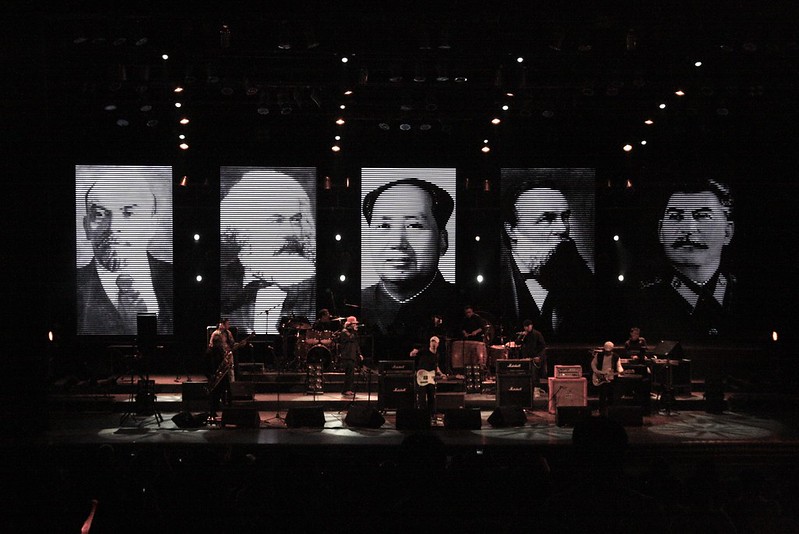 You can see why Cui Jian has been deemed controversial by the Chinese gov’t. Image by keso s from flickr.com.

in 1989, Cui Jian released the album “Rock ‘N’ Roll on the New Long March” (新长征路上的摇滚 xīn cháng zhēng lù shàng de yáo gǔn) with the help of his band ADO. The album contained the powerful song “Nothing to My Name” (一无所有 yī wú suǒ yǒu), which became the de facto anthem of the 1989 student-led protests in Tiananmen Square.

Since it is considered one of the most influential songs in China’s history, I figured you should check it out and learn from the lyrics. Here’s a performance by Cui Jian of his famous song “Nothing to My Name” where you can follow along with the lyrics KTV-style:

As for the lyrics, they can be interpreted as a being either a love song or a political one. It could be a boy singing to his girlfriend, but it could just as easily be the people of China singing to their nation. Here are the lyrics in both Chinese characters and pinyin so you can make your own opinion:

You can listen to Cui Jian’s entire album “Rock ‘N’ Roll on the New Long March” on YouTube, which makes for a pretty cool Chinese listening exercise!

After the violent crackdown on the protests, Cui and other rock musicians temporarily went into hiding. Just the next year, the government approved of his first rock tour as a fundraiser for the 1990 Asian games. That didn’t last long, though. During performances of one of his political anthems, Cui donned a red blindfold over his eyes. Not surprisingly, the tour was soon canceled.

Throughout the 90s, Cui Jian was officially banned from playing shows in Beijing and his music was also banned from state-controlled media broadcasts. That didn’t stop him from rocking out, though, as he continued to play shows across China and eventually internationally. He even put on a music festival (音乐节 yīn yuè jié) in Yunnan province that was dubbed the “Chinese Woodstock.”

The guy who made rock ‘n roll a part of Chinese culture by learning Rolling Stones songs on his guitar eventually had his dream come true when he got to play alongside the rock legends in Shanghai. He joined the band for their famous song “Wild Horses” in a huge moment in rock ‘n roll history. The Stones even put the video up on their official channel:

Cui Jian was also eventually welcomed back to Beijing for his own headlining show. Over the coming years, the rock scene in the capital and the rest of the country would continue to grow thanks in large part to Cui and his influence. In the next post, we’ll look at some of the Chinese rock bands who came after Cui Jian in the 1990s and beyond.