Taking the Beijing Subway Posted by sasha on Jan 29, 2018 in Vocabulary

When it comes to getting around Beijing, you just can’t beat the subway. The traffic on the city’s busy streets can be horrendous, making traveling by bus or taxi painfully slow. Head underground and you’ll seriously cut the commute time. Just try to avoid the subway during rush hour if you can, as it can be so crowded that you’ll be squished in like a sardine. In this post about taking the Beijing subway, we’ll learn a little about the Chinese capital’s extensive subway network as well as pick up some useful vocabulary and phrases.

An Intro to the Beijing Subway 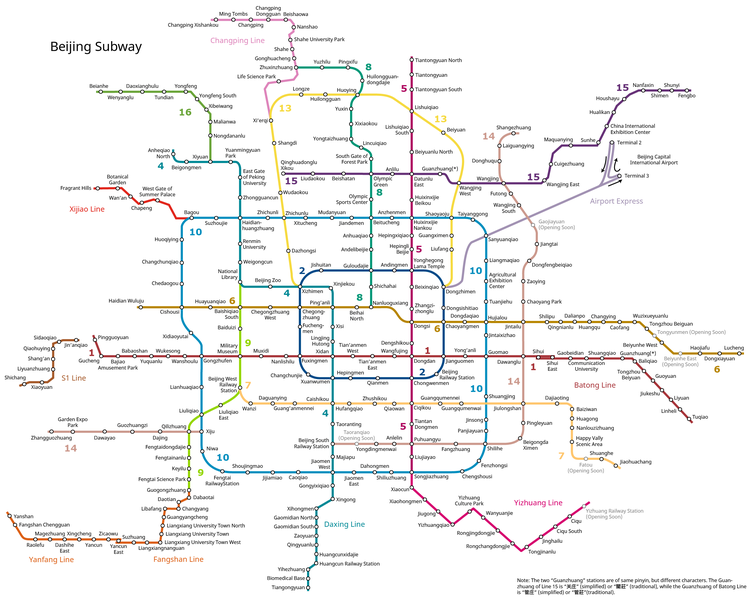 The Beijing subway is the oldest metro network in China. It opened way back in 1969 and has expanded rapidly, especially in recent years. The Beijing subway is composed of 22 different lines and 370 stations. You can go just about everywhere in the sprawling metropolis by subway. There are lines going east-west, north-south, and a few that make a full loop around the important ring roads. There’s also a special line going to and from the airport. Even people living out in the sticks are connected to the city by subway. Expansion continues, with no apparent end in sight.

It’s currently the second largest metro system in the world after Shanghai. While Shanghai beats it out in size, nobody tops Beijing when it comes to usage. The Beijing subway had 3.65 billion trips in the year 2016, making it the busiest in the world. Previously, the subway had a flat fare of 2 RMB regardless of distance traveled. This resulted in massive losses for the companies that run the subway network, so it should come as no surprise that this system changed. Fares now start at 3 RMB and go up based on distance traveled, maxing out at 10 RMB. If you’re using the subway often, a good idea is to buy a special card that you can load up with credit. Once you’ve spent more than 100 RMB in a month, you’ll receive credits for the next month.

Taking the Beijing subway is difficult if you don’t speak Chinese. Let’s start out with some useful vocabulary for riding the subway.

These are all words that you’ll need in your quest to ride the Beijing successfully using Chinese. Once you’ve got those down, it’s time to start putting them to use. 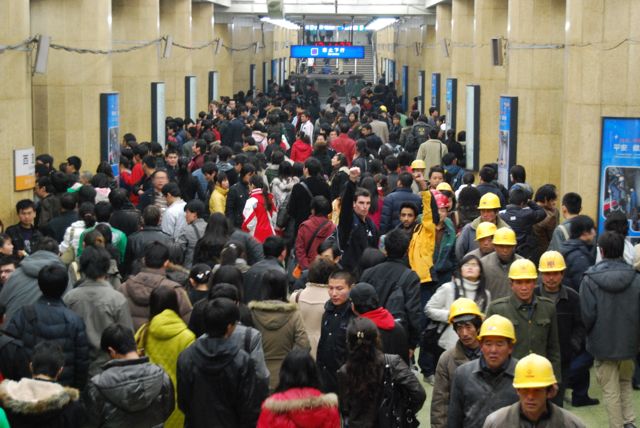 Beijing subway during rush hour. Can you spot the two 老外?

For a bit of a challenge, here are some common expressions that you’ll use when taking the Beijing subway:

Take a peak at the Beijing subway in this short video. It’s an oldie but goodie – I made it way back in 2010 when I was but a young lao wai. There are many more subway lines now, but the crowds still remain!

Now I just have one question for you…