It’s finally here – we’ve come to the very end of our Top 10 places in Beijing countdown. With so many historical sites, cultural icons, amazing nightlife spots and more, China’s capital city has it all. On our countdown through the best of the best, we’ve visited the university district of Wudaokou, done tai chi with the retired folks in local parks, walked from Qianmen to Jingshan, gotten wild in Sanlitun and the Worker’s Stadium area, and much more. Although Beijing is definitely a modern city with massive shopping malls, bumping nightlife districts, and even sports car clubs, the top spot in our countdown is going to the city’s traditional neighborhoods: 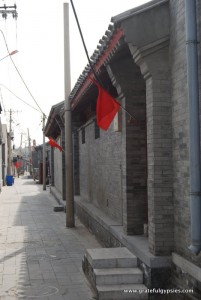 Strolling down a Beijing hutong.

In recent years, traditional Beijing alleyways, or hutongs (胡同 – hú tòng), have been disappearing at an alarming rate. With a population of over 20 million and a government that is obsessed with modernization and development, this should come as no surprise. To many, however, the hutongs are the very heart of Beijing. These narrow alleys with courtyard homes and local shops have been not only the residences, but also the social center of life for millions of Beijingers. Stroll down a Beijing hutong, and it seems as if everybody knows everybody else. Neighbors greet each other and chat over a game of chess, most likely still in their pajamas. In the hutong, you go to your local guy for your every need – the local butcher, the local barber, the local xiaomaibu (小卖部 – xiǎo mài bù – a small shop) – the people know you and you know them. This is a far cry from the modern lifestyle of Beijing, which takes place in ugly high-rise apartments where people don’t even know their neighbor’s name and they do all of their shopping at the superstore a few blocks away.

Learn a bit more about hutongs in this video. 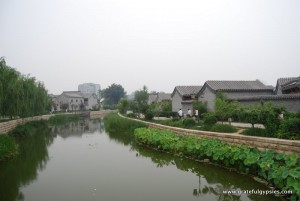 Back in imperial times, Beijing was very much centered on the Forbidden City. Outside of these walls where the emperor lived were the Inner and Outer Cities. In terms of modern-day Beijing, the Inner City was within the 2nd Ring Road. Here lived high-ranking officials, who built grand courtyard homes, known as siheyuan (四合院 – sì hé yuàn) in Chinese. Moving north into the Outer City, you could find the common people. Their courtyard homes were much simpler and less elaborate than the big shots in the Inner City, and with more folks living together, the hutongs were narrower. The city continued to grow as more courtyard homes were built and then connected to others via new hutongs. At the peak, it is said there were well over 3,000 such alleyways in Beijing. Today, that number has dropped to below one thousand and continues to fall. 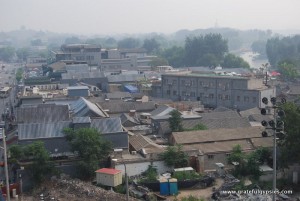 Will old Beijing disappear? We sure hope not!

Thankfully, many of these traditional neighborhoods have been granted a protected status and are avoiding the bulldozer (at least for now). Many others have developed into shopping, dining, and nightlife hubs that still house hundreds of people in the surrounding courtyards. Take, for example, NLGX (南锣鼓巷 – nán luó gǔ xiàng). This ancient hutong has transformed over the years into one of the most popular tourist attractions in the city, and is also a popular choice for locals to go out on the weekend. There are still plenty of courtyard homes here, but it’s easy to not notice them amidst the bars, boutique shops, street vendors, and more. Another, slightly quieter example, can be seen at Wudaoying (五道营 – Wǔ dào yíng). A bunch of fantastic restaurants, shops, and even music venues have popped up in this hutong in recent years. A comprehensive list of Beijing hutongs can be found here, and can help you plan a visit should you find yourself in the city. 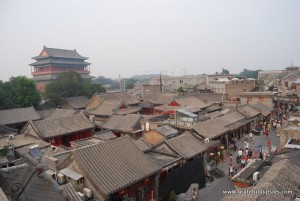 The Drum Tower above old Beijing. 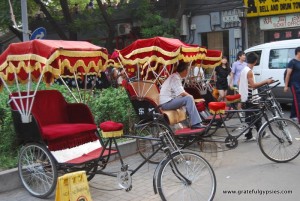 Waiting for the tourists…

Perhaps the most popular area to stroll through old Beijing alleyways is the Drum & Bell Tower neighborhood, including the Shichahai lakes (什刹海 – shí chà hǎi). Every day, you’ll see trishaw drivers wheeling around camera-toting tourists through the surrounding hutongs. While this is a decent way to see Beijing’s famous neighborhoods, a much better option is simply getting your own two wheels and getting lost in the meandering maze that is the city’s hutong network. Stop here and there for a cup of tea, a bowl of noodles, or a game of mahjong. You’ll find that the people in the hutongs are incredibly friendly, and most will be eager to chat with a 外国人. What better way to practice your Chinese than with “old Beijingers” (老北京人 – lǎo běi jīng rén) in the famous alleyways of Beijing?

So there you have it, folks – we’ve counted down the Top 10 places in Beijing. Of course, this list could be different for anyone. Have you been to Beijing? What are your favorite places in the city? We’d love to hear from you!