Very Superstitious Posted by sasha on Feb 18, 2012 in Culture, Uncategorized

Every culture has its own unique superstitions (迷信 – mí xìn), and China is no different. Chinese culture is rich in beliefs, customs, and superstitions that vary greatly from those in the West. Let’s take a look at some of these, and how they will bring you either good luck or bad luck. 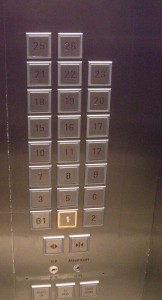 In China, the number four is extremely unlucky (不幸的 – bú xìng de). This is because the pronunciation of four (四 – sì) sounds similar to the Chinese word for death (死 – sǐ). Therefore, many people choose to avoid the number four like the plague. It’s not uncommon to step into an elevator in China and notice that there’s no button for the 4th floor, or the 13th or 14th floor, for that matter. Chinese people like superstitions so much that they’ve even adopted the Western superstition of the unlucky number thirteen.

When it comes to good luck, the magic number in China is eight. This is because eight (八 – bā) sounds sort of similar to the word for prosperity/wealth (发 – fā). Do you remember the Beijing Olympics and its grand opening ceremony? Of course you do! Well, it’s no coincidence that the games commenced at 8:08 PM on August 8th, 2008 (8/8/08). Staring the games at this time was meant to bring good luck (好运 – hǎo yùn). Yeah, the Chinese take their numerical superstitions that seriously.

In Chinese culture, the colors white (白色 – bái sè) and black (黑色 – hēi sè) are both associated with mourning and loss, and are therefore considered unlucky. Black is never worn in celebrations or ceremonies, and people avoid decorating their home with anything black. As black resembles dirt or feces, it symbolizes evil, disaster, and sadness. Although white is often considered bad luck, it also symbolizes brightness, fulfillment, and purity, as it is the color of breast milk. These days, more and more Chinese are taking up the Western custom of wearing a white wedding dress. 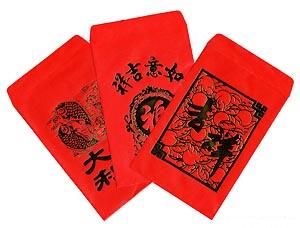 As far as good luck goes, it doesn’t get much better than the color red (红色 – hóng sè) in China. It’s the color of the flag, and it represents happiness. During weddings or festivals, you’ll see red everywhere you go. In particular, during the Spring Festival, children will be given a red envelope (红包 – hóng bāo) full of money as a good luck present. As it is the color of blood, red is associated with life. In traditional Chinese wedding ceremonies, the bride would wear a red dress.

During the Spring Festival celebration, or Chinese New Year as it is known in the West, there are countless superstitions one must pay attention to. This has been covered in a recent post, but some of the highlights include: not getting a haircut during the first month (doing so will result in the death of an uncle), not cleaning the house (this will sweep away the good luck), and eating fish, as fish (鱼 – yú) has the same pronunciation as the word for surplus (余 – yú). Of course, we can’t forget the constant lighting off of fireworks, which is said to scare away the evil beast Nian (年), who preys on children.

Learn more about New Year superstitions with this great video from “Sexy Beijing.”

When giving gifts in China, it is imperative that you never give someone a clock. This is due to the fact that “giving a clock” (送钟 – sòng zhōng) sounds similar to “bid farewell to someone on their deathbed” (送终 – sòng zhōng). As such, giving someone a clock basically means you’re sending them off to the great beyond. 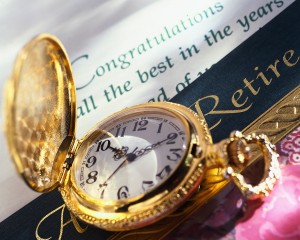 If you should find yourself eating in a Chinese restaurant, and you get too full to finish your bowl of rice, don’t you dare stick your chopsticks (筷子 – kuài zi) in there. This is because chopsticks in a rice bowl resemble the sight of incense (香 – xiāng) at a tomb. 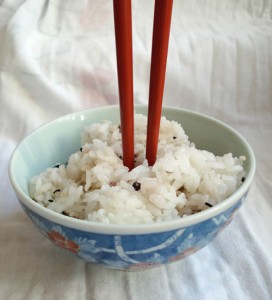 Lay your chopsticks over the bowl instead.

Animals also play a big role in Chinese superstitions. Dragons (龙 – lóng), used to represent men, are divine beings capable of bringing happiness and good fortune. Phoenixes (凤凰 – fèng huáng), representing women, are also auspicious. While turtles (龟 – guī) are revered for their longevity in Chinese culture, they can also be a symbol of bad luck. For example, keeping a turtle as a pet may slow down your business. 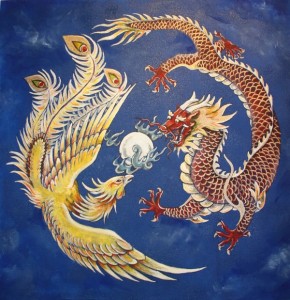 Every Chinese parent wants their son to be a dragon and their daughter to be a phoenix, for good reason.

Of course, when it comes to ancient Chinese beliefs and superstitions, we can’t forget about feng shui (风水 – fēng shuǐ). This system uses the laws of Heaven and Earth to improve your life. Chinese take their feng shui very seriously, and one’s home or office needs to be arranged in the correct manner to bring about positive qi which will lead to happiness and success in life. Even the Donald himself consults with feng shui masters from time to time, although he might not regard the practice as highly as his Chinese counterparts. To quote the business tycoon – ”I don’t’ believe in Feng Shui, but I use it because it makes me money.” Maybe he could consider using feng shui to correctly align his hideous toupée. If you’re interested in learning some more about this ancient practice, read Steve’s post from last year. Also, if you want to improve your Chinese, check out all of the many resources that Transparent Chinese has to offer.