Staying Curious in Times of Need Posted by Bjørn A. Bojesen on Mar 18, 2020 in Uncategorized 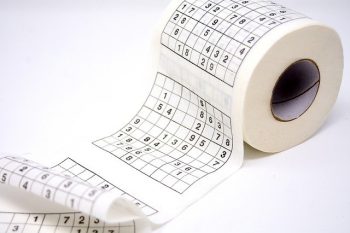 Det er en svær tid for mange mennesker. (It’s a hard time for many people.) Men livet må gå videre! (But life must go on!) Måske kan du bruge noget af ventetiden på at lære dansk? (Maybe you can spend some of the waiting time on learning Danish?) Here’s some core vocabulary and a bit of information to help you and your loved ones stay safe and move forward towards brighter days.

Virussen [VEERoosn] (the virus) causing all the trouble is called corona by most Danes, too. (Of course that little bastard’s fancy nickname – which means crown in Latin – is pronounced with a Danish twist. For example, the R is a slight rasp at the back of your throat.)

As far as I understand, coronavirus spreads fra person til person [pareSOHN] through those small dråber (drops) that come flying through the air whenever you nyser (sneeze), hoster (cough) or even snakker (talk). That’s why it’s crucial at holde afstand (to keep a distance) of 1-2m. Also, those droplets may easily get onto your hænder (hands), and into your øjne/næse/mund (eyes/nose/mouth) when you accidentally touch your face. Which is why it is meget vigtigt (very important) to avoid handshakes, and to keep your hands and your belongings clean. (Sigh, you can’t even share a kram – hug… 🙁 )

Last week, the Danish PM Mette Frederiksen and her regering [reGEHRing] (government) introduced tough measures to try to slow down smitten (the infection), appealing to Danes’ sense of samfundssind (community spirit). As in many other lande (countries), public places where mennesker (people) normally meet have been shut, and everyone is asked to stay hjemme [yemmeh] (at home) as much as possible. Grænserne (the borders) have been closed, and people with symptoms are asked to gå i karantæne (go into quarantine). Everything, of course, is done to prevent people getting smittet (infected) – especially ældre og svage (old people and weak ones), who might not survive den nye sygdom (the new disease). Also, the staffs at hospitalerne (the hospitals) can only take care of a limited number of patienter (patients) at a time.

I går (yesterday), social life suffered another blow when the government announced that only groups of 10 or fewer persons were allowed to gather in public. Denmark’s ”Mother”, Dronning (Queen) Margrethe 1. chimed in with a heartfelt speech to the people, where she encouraged everybody to tage ansvar (take responsibility) and avoid getting together for things like birthday celebrations. For hygge–obsessed Danes that’s quite a challenge, but most people do listen to the Queen and seem to do their best to be creative with home-schooling, online meetings and other ways to socialise on digital platforms. 🙂

Some people are making a profit out of the health crisis: A lot of the hand sanitisers for the Scandinavian market is being produced in the city of Assens on the Danish island of Funen. (Free image from Pixabay; no copyright.)

Here are some of the tips of the Danish Health Authority to save lives (language learners – be aware of the imperative forms of the verbs! 🙂 ):

I wish all our readers health and happiness, and a quick recovery to those who might be reading this while ill! 🙂 Language learning, as everything else, must go on. God bedring! (Hope you’ll all be better soon!)