Short and Long Posted by Bjørn A. Bojesen on Oct 30, 2020 in Uncategorized 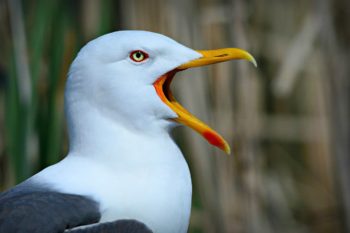 How long should I keep saying a sound? Fortunately, vowel (and consonant) length is not one of the difficult aspects of Danish. (Free image from Pixabay; no copyright.)

Grammar – (quite) easy. Pronunciation – (very) hard. I sometimes wish there was a pill (or rather a caramel) Danish-learners could eat, and boom! they’d master all the vowel shades & stød and could concentrate on fun stuff, like poetry or Danish movies. In lack of a magical shortcut, let’s revisit the topic of long vs. short sounds in Danish.

This month’s theme was kindly suggested by a reader (thank you, Nirmala!) First, I must be upfront – I’m no phonetician (a specialist about language sounds), so you’ll probably miss some of the technical details. But, as someone who studied literature and the history of words, I’ll try my best. 🙂

The long vs. short issue is complicated by

– the stød. When it sounds like Danes are ”coughing” (or gulping) in the middle of a word, this is the stød. Tank–en (the tank) is pronounced with a stød, tanke–n (the thought) isn’t. You have to learn the stød words by listening – the spelling won’t help you. 🙁 Is a vowel with stød short or long? I can’t really tell. Somehow, perceptions change when you have a vowel down your throat.

Roughly speaking, Danish has short consonants and vowels that can be either short or long. In the spelling, a double consonant indicates that the preceding vowel should be short: Hanne (girl’s name) has a short a, while the a of hane (rooster) is long. The same is true for sake (sake) vs. at sakke bagud (to lag behind).

(Note that the double writing doesn’t really change the quality of the consonant in the examples above.)

Unfortunately for learners, double letters are simplified at the end of words: at takke (to thank) becomes tak!, still with a short a. In a few cases, this creates confusion – skin (shine!, from at skinne, to shine) has a short i, while fin (nice – fine in the plural) has a long i. Fortunately, those cases are very rare indeed. (And often the silent D’s make the pronunciation clear: both finde [to find] and its imperative find! are really just ”finne” and ”finn” and therefore have a short i sound.)

All right, the phoneticians will say that there are long consonants in Danish. If you take the word spændende (exciting) and read it syllable by syllable, it becomes something like spæ-ne-ne. However, as you probably know, those final e’s are quite neutral sounds (like the weak e sound of English the 1this is the schwa sound written ə in the International Phonetic Alphabet moon). They don’t sound of much, and Danes have a tendency to drop them entirely. So, in casual speech, spæ-ne-ne becomes something very close to spæ-n-n (most often, though: spæ-n-neh). And, when some people speak rapidly, even the little breaks will disappear, and we end up with something like ”spænn(eh)”. Is this a long N? I still hear it as two distinct N’s, but yes, the experts will probably hear it as one long N sound! 🙂

To recap – there’s no need to complicate the ”long vs. short” issue in Danish. Stick to the simple rules. In these names and words, the vowel is long: Ane, hyle, ris, fin. And in these, the vowel (and the consonant) is short: Anne, hylde, rids, Finn.