17 Ways to say Hello in Dutch Posted by tiffany on May 3, 2013 in Dutch Language 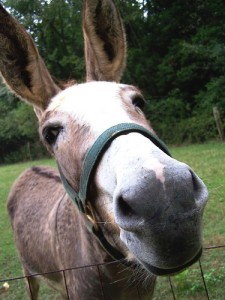 It seems there are thousands of ways greet someone. That plus the fact that a greeting proceeds every encounter, it’s no wonder the first thing people want to know when learning a new language is how to say hello.

As it turns out, it’s not just English that offers up a plethora of options when it comes to saying hey. I conducted a little survey on Facebook and Twitter, which resulted in this list of 17 ways to say “hello” in Dutch.

Select a handful, commit them to memory, practice your delivery, and the next time the situation arises, just pick one and go for it!

*Literally means “is everything okay behind your zipper?” Alles kits onder de rits works too.

**This slurred take on the greeting goedemorgen was popularized by the character Edgar in the television show JISKEFET. The show ran from 1990-2005. JISKEFET (the Fresian word for “ashtray”) is an absurdist comedy done sketch-style (think: SATURDAY NIGHT LIVE, but not quite). Edgar and his buddy Storm appeared in the sketch titled DEBITEUREN, CREDITEUREN (Debiters, Crediters) which takes place in an office. If you want to impress the Dutch (well, the 30-plusers anyway) this should be your greeting of choice. The fact that you, a non-native Dutch speaker, would know this will earn you their undying respect.

And don’t forget the three air kisses (girl-girl and girl-guy) or the handshake (guy-guy) to round out your how-do-you-do. Erg belangrijk (very important)!

If you know of any other Dutch salutations, let me know in the comments below and I’ll add them to the list. What’s your favorite way to greet people?