29 Ways to say Goodbye in Dutch Posted by tiffany on May 7, 2013 in Dutch Vocabulary

Though there are relatively few ways of saying “Hello,” the Dutch certainly make up for it when saying goodbye. Hmmm… wonder if that says more about the Dutch or the company they keep 😉

Either way, saying hello and goodbye are the two most important things to know when learning a new language. And we at Transparent Dutch have got you covered. 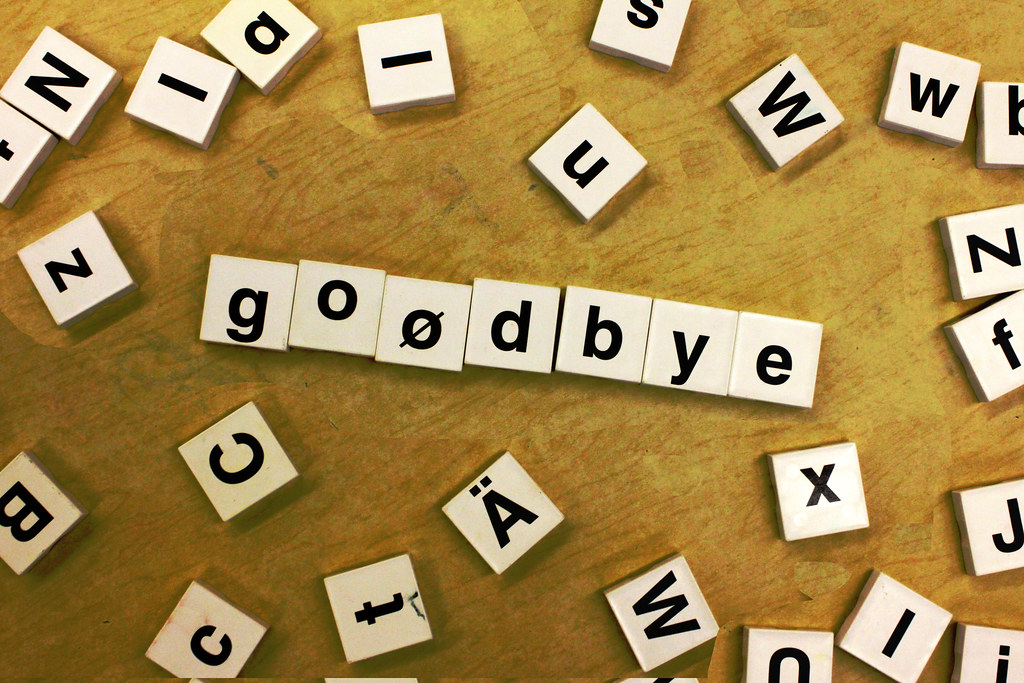 Image by Woodleywonderworks at Flickr.com under CC BY 2.0

So without further ado, here are 29 ways to say “Goodbye” in Dutch.

And just in case you need them (because, you never know)
Tot in de pruimentijd –> Till hell freezes over
Zie je aan de poort –> See you at the (pearly) gate

These you want to think of as the Dutch equivalents of “see you later, alligator” and “after awhile, crocodile”
Tot sinas –> a take on “tot ziens” and “sinas” as in “sinasappel” (orange, the fruit)
Ajuu paraplu –> literally, this would be “later, umbrella”
Goede dagschotel –>goededag + dagschotel (special of the day, dish of the day) = goededagschotel

If you’ve got more ways to say “peace out” in Dutch, please share in the comments so I can add them to this list.

And once you’re finished reading this post and leaving a comment, you can go ahead and make like a tree and leave! (Or check out more posts on the blog, read more about saying “toedeledokie,” or keep hanging out here for the next learn Dutch post — whatever floats your boat)

Till we meet again!

Okay, now let’s see who was paying attention… Did anyone catch the 50 Shades reference?

For more language learning advice, free resources, and information about how we can help you reach your language goals, select the most relevant newsletter(s) for you and sign up below.