Dutch Traffic: Why the stop sign is so rare in the Netherlands Posted by Sten on Jun 28, 2018 in Culture, Dutch Vocabulary 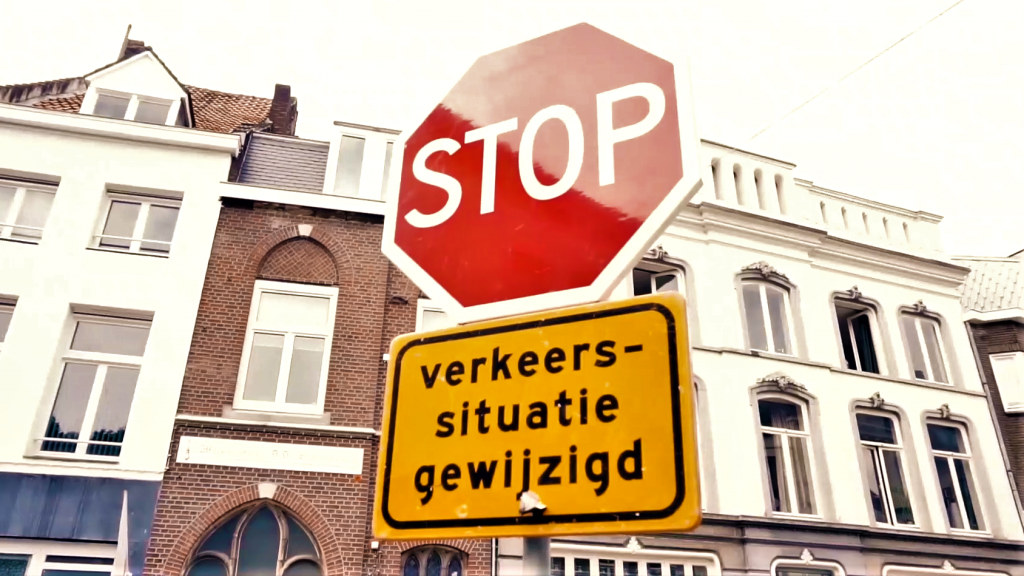 A new stopbord in Maastricht. The indication verkeerssituatie gewijzigd (traffic situation changed) warns road users that they should pay extra attention now that the sign is there (Image by author).

As we know, a stopbord means that the approaching bestuurder (driver) must come to a complete stop and voorrang geven (yield way) to any passing weggebruikers (road users) before proceeding.

This means that it can only be used if there are voorrangswegen (priority roads). These were only introduced in 1936 in the Netherlands. During the German occupation, the first stop sign was introduced, which compelled drivers to come to a complete stop.

There is an alternative. 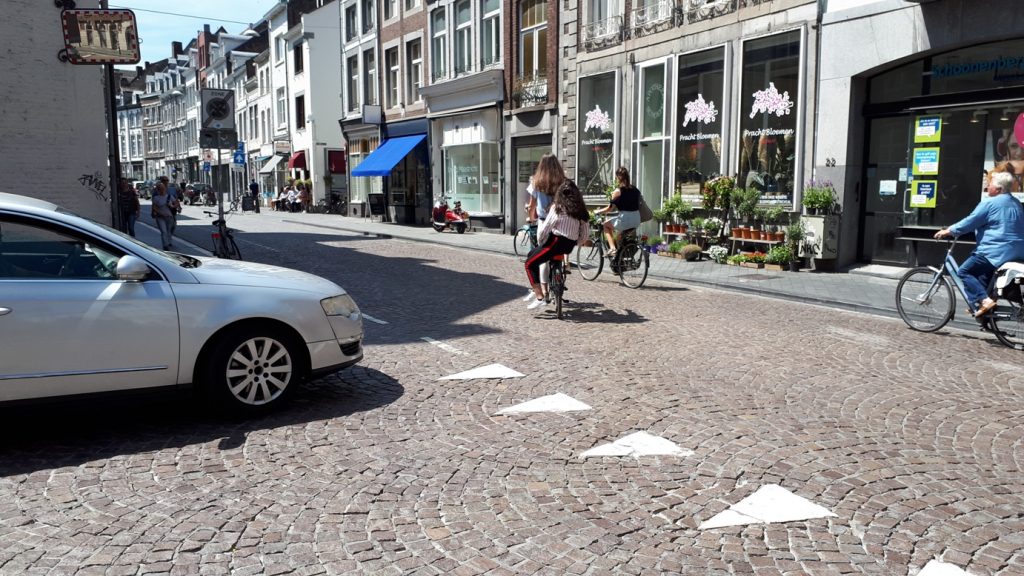 Haaientanden in the Helmstraat, Maastricht. The car is giving way to the fietsers (bicyclists) (Image by author)

Instead of stopborden, the Dutch rely heavily on haaientanden (shark’s teeth). These are white triangles placed on the weg (road) where you would normally expect a stopstreep (stop line). Officially, the Nederlands Reglement Verkeersregels en Verkeerstekens (RVV) (Dutch Regulation traffic rules and traffic signs (RVV)) of 1990 calls these haaientanden differently: voorrangsdriehoeken (yield triangles). Their betekenis (meaning):

(Shark’s teeth have the following meaning: the drivers must yield way to the drivers on the crossing street.)

Notice how in 1990, haaietanden was written without the n between haaie and tanden. This is related to a spelling change in 1995, where this tussen-n (between-n) was added. More on that in an upcoming post!

The name haaientanden comes from the similarity of the triangles to shark’s teeth. 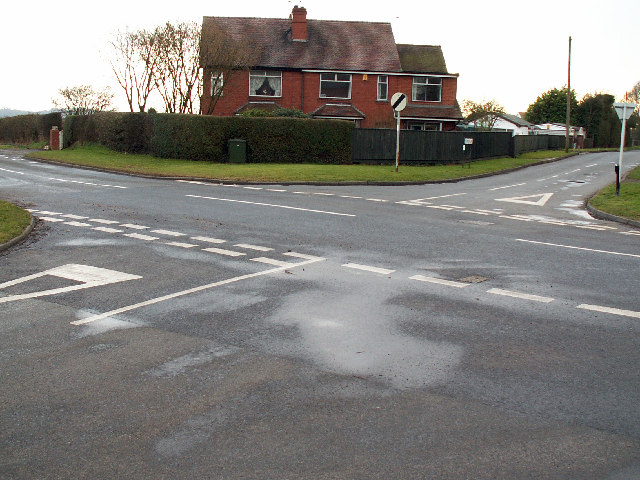 Not such clear give way lines in the UK (Image by Phil Champion at Commons.wikimedia.org under license CC BY SA 2.0)

I personally think that haaientanden are very well designed. In contrast to Give Way lines, as in the UK pictured above, haaientanden point at you. They are like spears that could pierce your tires – that “threat” inclines you to slow down and stop. Very effective!

However, this is not always safe enough. The haaientanden only require bestuurders to give way, not to come to a complete stop. That is still safer, even if it is slower. This is the reason why the stopbord with a stopstreep were installed in Maastricht, the one in the first picture. However, the use of the stopbord is not very widespread, perhaps because traffic flow has a higher priority – which could explain the large amount of rotondes (roundabouts) in the country – but more on that another time!

Is the stopbord used a lot in your country? Do you have an alternative solution, and what do you think about it? Let me know in the comments below!