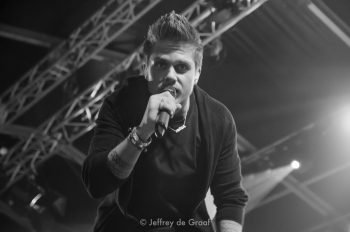 Photo taken by jdegraaf found on Flickr.com with license CC BY 2.0

My husband is an avid playlist-maker. Last week, we were at the Christmas market in Maastricht drinking glühwein and chocomelk, and he was listening to liedjes or songs and putting them on the appropriate playlist on his Spotify. One of these playlists is his Nederlandse Liedjes. We discussed what songs he had in this list and my dislike for Andre Hazes and Marco Borsato not to mention most carnival songs (which he is het niet eens met mij or completely disagrees with me). That being said, I do like a lot of songs in Dutch and slowly but surely, I am finding “my songs” in this language. Below is my list of my top three Dutch songs from the last decade.

Some of the readers in the U.S. might be familiar with Glennis Grace who appeared in America’s Got Talent in 2018. She is a very famous Dutch singer with several albums, sold out concerts and the Dutch representative in the Eurovision Contest 2005. You can read more about Glennis Grace in this post I wrote about her. The song Afscheid or Farwell originally came out in 1998  and was sung by Volumia, a pop band from the 1990s. In 2011, Glennis Grace covered this song. Unlike the original, Glennis sings it with a very hard G. I find this interpretation to be a lot more emotional and her voice is a lot stronger.  If you would like to compare, you can check the Volumia version here and the Glennis version below. The video is from an episode of the show De Best Zangers van Nederland, which Glennis won, and one of the judges there sang the original version.

Verleden Tijd or The Past is a song by Frenna and Lil’ Klein. Frenna is a rapper from the group SFB who also has solo songs and collaborates with other artists. Lil’ Klein is a singer and actor whose songs cover pop, nederhop and rap. Verleden Tijd was inspired by the song Onderweg by Abel from the year 2000; there is an overlap with some of the lyrics as well as a slight similarity with the music. When this song came out in 2018, it quickly became popular. When Abel was asked what he thought of the song, he said “Ik vind het tof (cool)…Ze hebben een mooi en fair liedje gemaakt.” In the interview, he said he was flattered that his song inspired Frenna and Lil’ Klein. You can read the full article from RTL via this link. Below is the video for Verleden Tijd. If you want to hear Onderweg, you can see the video here.

I mentioned earlier that I am not a fan of André Hazes, but this particular song by his son is actually not bad in my book. I have heard this song a few times and recently at the Christmas market, and I can see the appeal of it while you are out with your friends. The song has a very nice message that is bound to cheer any party up. An old man who has just a few days to live suggests that you need to leef or live. The chorus says the following:

With such a great message and a nice sing-along quality, its hard not to like this song or at least sing along to it. Below is the video.

Do you have a playlist with songs in Dutch? What songs would you add to this list?