Dutch Comfort Is Less Cosy Than It Sounds Posted by Sten on Dec 16, 2019 in Culture, Dutch Vocabulary

In our series on “Dutch”-terms, like Dutching, Dutch courage or Dutch uncles, we’ve found that many of these terms have an historic, often pejorative origin. So is the case with Dutch comfort, a term that follows the line of diminishing terms. What does it mean, and how would you use it? Let’s find out. 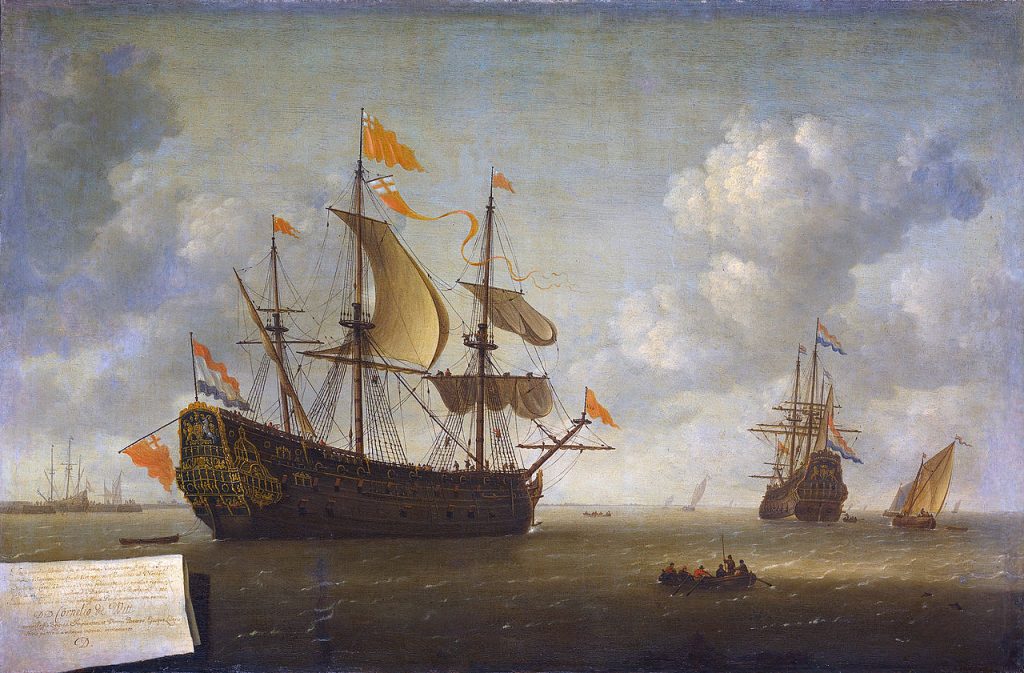 The Dutch captured the Royal Charles, the kroonjuweel (crown jewel) of the English fleet, in the Second War in 1666. At least not all was lost, the Englishmen probably felt some Dutch comfort! (Painting by Jeronymus van Diest, Image at Commons.wikimedia.org, public domain)

Dutch comfort refers to a comfort you feel knowing the situation could be worse. For example, after an auto-ongeluk (car accident), perhaps you feel Dutch comfort that you made it out alive, even though your auto is total loss. It could be worse! You could have been in the ziekenhuis (hospital). So you feel comfort from the fact that it’s not all that bad.

Because of this, Dutch comfort is also known as Dutch consolation. But is it something bad?

Like other terms like Dutch courage, Dutch uncle and going Dutch, Dutch comfort is derived from the Engels-Nederlandse Oorlogen (Anglo-Dutch Wars) in the 17th and 18th eeuwen (centuries). These four sea-bound conflicts led both sides to start using derogatory language to describe the other. The term “Dutch” was placed before many terms to diminish them, or even invert their meaning. Dutch uncle is an example. Instead of a warm-hearted, friendly uncle, he is mean and harsh. Dutch comfort, similarly, is not what you’d expect from comfort: The promise of worry-free calm is overshadowed by a bad event, so the comfort is only derived from relativization of circumstances. So it is comfort that just sucks!

And yet, it is a useful term to use when you simply try to cope or stay positive in a situation that doesn’t invite you to be. I can’t say that that’s a bad thing!

What do you think of Dutch comfort? Did you know about the term? What other terms would you like to know more about? Let me know in the comments below!