The National Anthem of the Netherlands Posted by Karoly Molina on Sep 23, 2020 in Uncategorized

Last weekend, I went to the Liberation Concert in Margraten, Limburg. This concert takes place each year in the fall at the Netherlands American Cemetery to remember all those whose fought during World War II. You can read more about this concert in a previous post I wrote. At the beginning of the concert, philharmonie zuidnederland, the regional orchestra, played both the American and the Dutch national anthems. This moment left me curious as to what exactly is sung during the Dutch anthem and the history behind it. 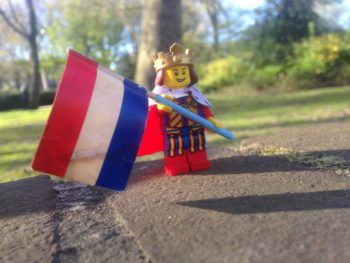 Photo taken by Gabor Lonyai found on Flickr.com with license CC BY 2.0

The first national anthem or volkslied was ‘Wien Neêrlands Bloed.’ After the fall of Napoleon at the beginning of the 19th century, the Dutch realized they needed an anthem and the poet Hendrik Tollens won the competition. In 1898 with Queen Wilhelmina’s crowning, the song was adapted from ‘king’ to ‘queen.’ You can follow along to Wien Neêrlands Bloed’ in the video below.

In 1932, after many years of discontent with ‘Wien Neêrlands Bloed,’ het Wilhelmus became the official anthem of the Netherlands.  The Wilhelmus had been around since the 16th century, however, it wasn’t favored by everyone. Some factions opposed it because it is very much pro-monarchy.

In the Wilhelmus, William van Oranje starts by saying he is of German blood. In the song, he is addressing the Dutch people about the revolt and his struggles staying faithful to the Spanish king. Willem compares his struggles to that of David being forced to flee from the tyrant Saul. Het Wilhelmus has 15 stanzas, but only the first and sixth are played during special ceremonies and sports events. The first letter of each stanza spell out Willem van Nassouwe. Below are the first and sixth stanzas taken from the website of Het Koniklijk Huis.

Unlike my experience in the U.S. and in Mexico, the Dutch don’t normally sing Het Wilhelmus. During the concert I mentioned before, people stood quietly and with respect, but no one around me sung. And if the video below is any indication, the volkslied is not that well known in the Netherlands despite schools teaching this since primary school.

If you want to read more about het Wilhelmus and how it became the national anthem, this article from NPO goes further into detail.

What do you think of het Wilhelmus? In your country, do people know the anthem by heart?