While many of the “Dutch” terms that I’ve discussed here on the blog are entirely unrelated to the Dutch, today we have one that actually is! The braadpan (frying pan) made of gietijzer (cast iron) was a Dutch invention that made its way into the early North American colonies. Especially on the trails westwards, it was a popular cooking utensil. It was so popular, in fact, that the cast iron Dutch oven was declared as the official State Implement of Texas in 2005. But what makes it Dutch? And how did it make its way from the small, cold Netherlands all the way to the plains of Texas? 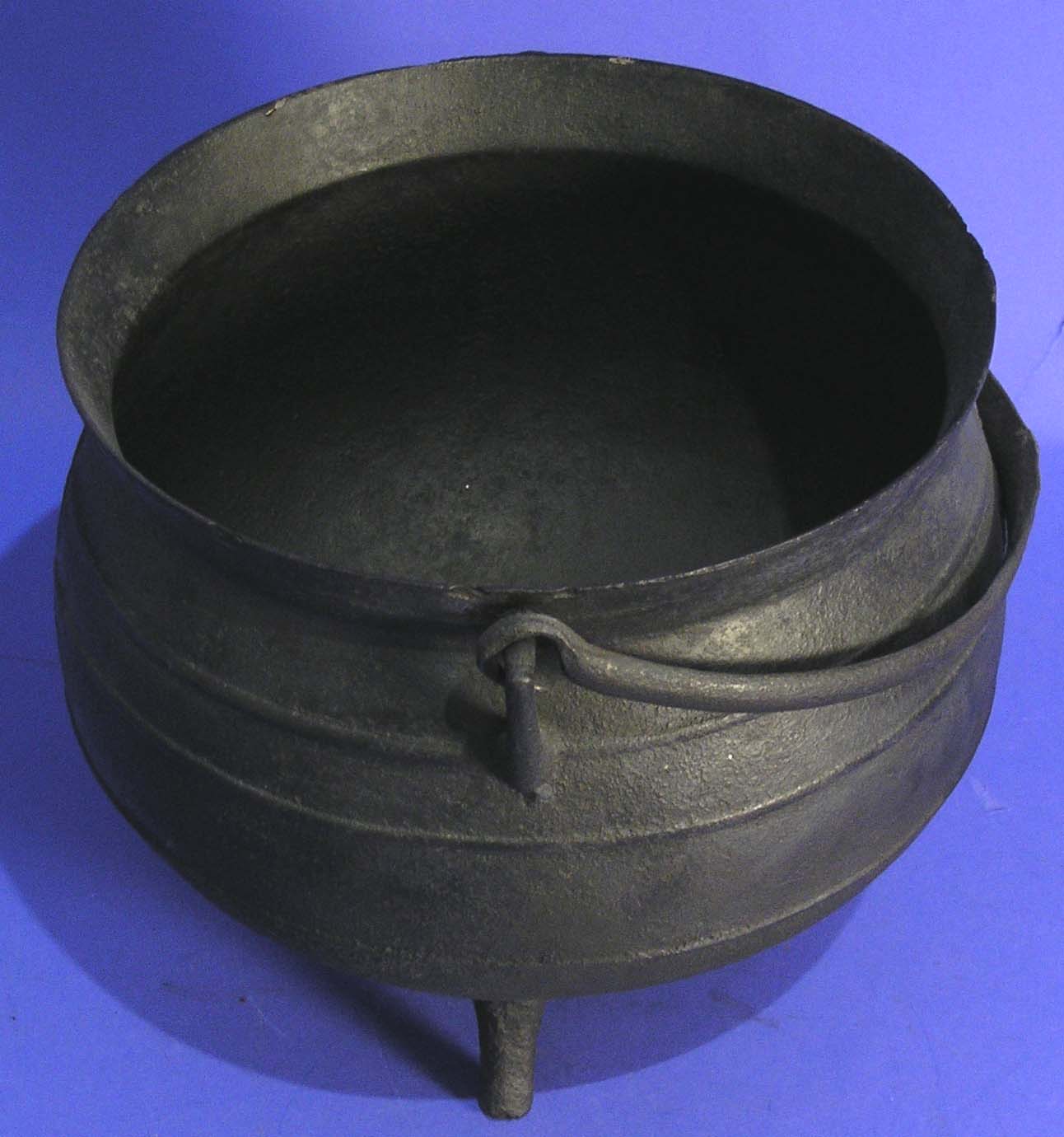 A typical cast iron Dutch oven, here without a lid. The raised rim allowed for coals to be put on the lid for more even heating. The legs allow you to easily put the pot securely onto an open fire, and the handle also allows you to hang the pot up above a fire. Pretty versatile, right? (Image by Auckland Museum at Commons.wikimedia.org under license CC BY 4.0)

So I mentioned that the Dutch oven actually is a Dutch invention. But is it really? There are different theories about this. One is that it is called “Dutch” because of the Dutch process of using sand molds to cast iron, which was applied to making pots. Another theory is that either (or both) Dutch and Pennsylvania Dutch settlers brought the cooking utensil to the Americas during the 17th and 18th century.

But what exactly is a Dutch oven? Opinions even diverge on that. It is often seen to refer to a three-legged cast-iron pan with raised edges and a lid. The legs allow you to put it right on a fire, which makes it handy and versatile. The lid with its raised edges let you add hot coals on top of the pan to heat the food inside evenly. It can also refer to a boxy device with compartments for baking, more like a traditional oven. The three-legged pan gets the “oven” nomer, because you could also bake in it.

The Dutch brought their oven to South Africa as well, where it was used to make potbrood (“pot bread” or panbrood – “pan bread”), for example. And while they are heavy, American settlers valued the Dutch ovens for their versatility. You could bake, roast, boil, stew, whatever you wanted, in an almost indestructible utensil!

What about the Dutch? 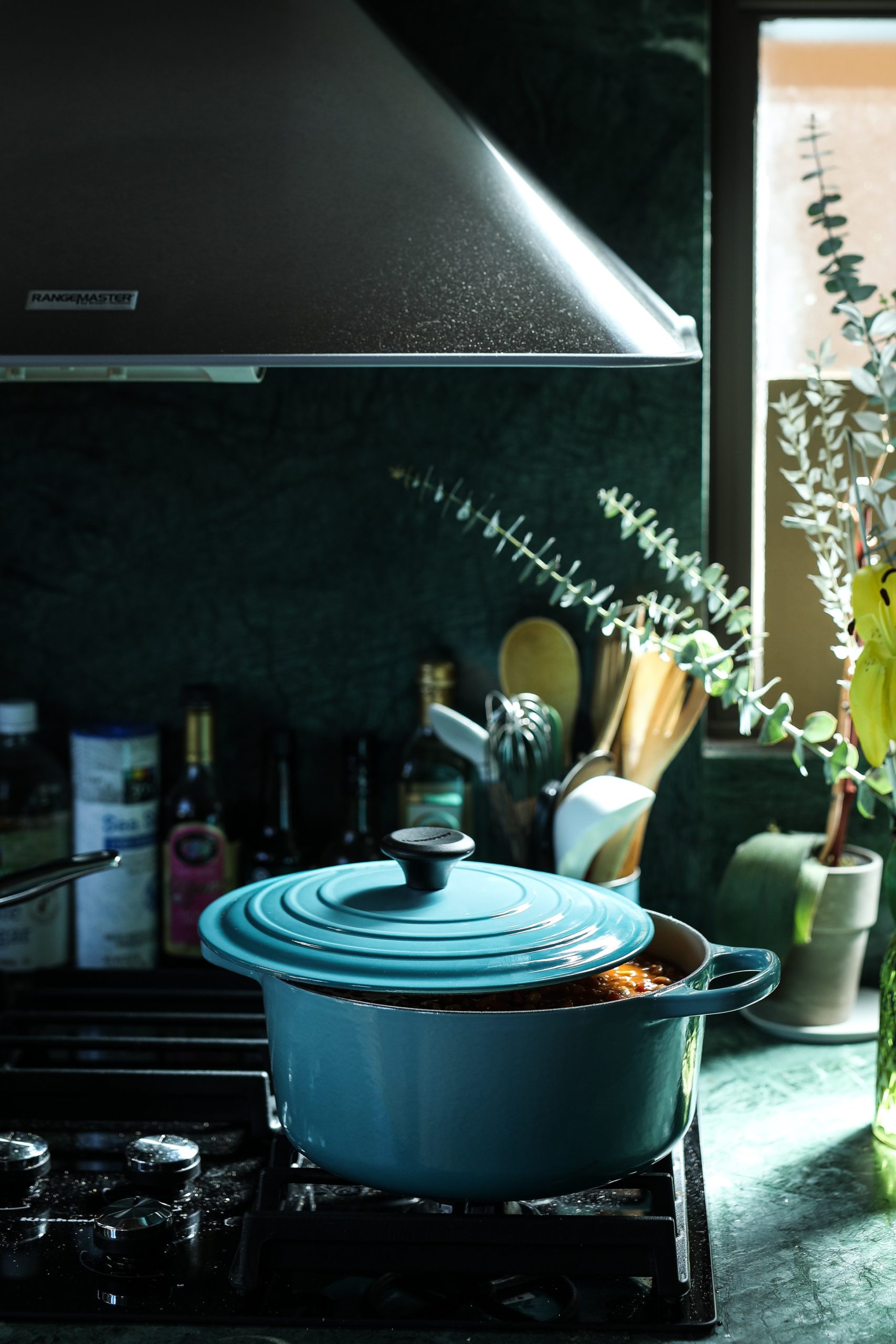 A modern Dutch oven (braadpan) used on a gas stove! (Image by Edgar Castrejon at Unsplash.com)

In the Netherlands, we don’t call the Dutch oven a Nederlandse oven. It has a much more boring name: braadpan (“frying pan”). That’s it! And while they are not always made of gietijzer anymore and are used on gas and electric stoves instead of open fires, they are still a versatile and wonderful way to prepare your avondeten (dinner).

What are Dutch ovens called in your language? Do you have a Dutch oven? Let me know in the comments below!