Dutch Blitz: The Game That’s Not Dutch At All! Posted by Sten on Oct 24, 2019 in Culture, Dutch Language

In another post in our series on “Dutch”-terms, we are looking at another economic term, like the “Dutch disease” post last time. Today, we will look at the Dutch Blitz – what is it about? Let’s find out.

Dutch Blitz, as it turns out, is a kaartenspel (card game). It was designed by German immigrant Werner Ernst George Muller in the early 1970s. Muller was an opticien (optometrist), and with the game he intended for kinderen (children) to learn kleuren (colors) and getallen (numbers) more easily. It is in many ways similar to the older German kaartenspel Ligretto.

However, before this confusion was cleared up, early settlers from Germany ended up in Pennsylvania in the 17th and 18th eeuw (century). And so in that period, these settlers became known as the Pennsylvanian Dutch, or, as these Germans referred to themselves back then, Pennsilfaanisch-Deitsche. 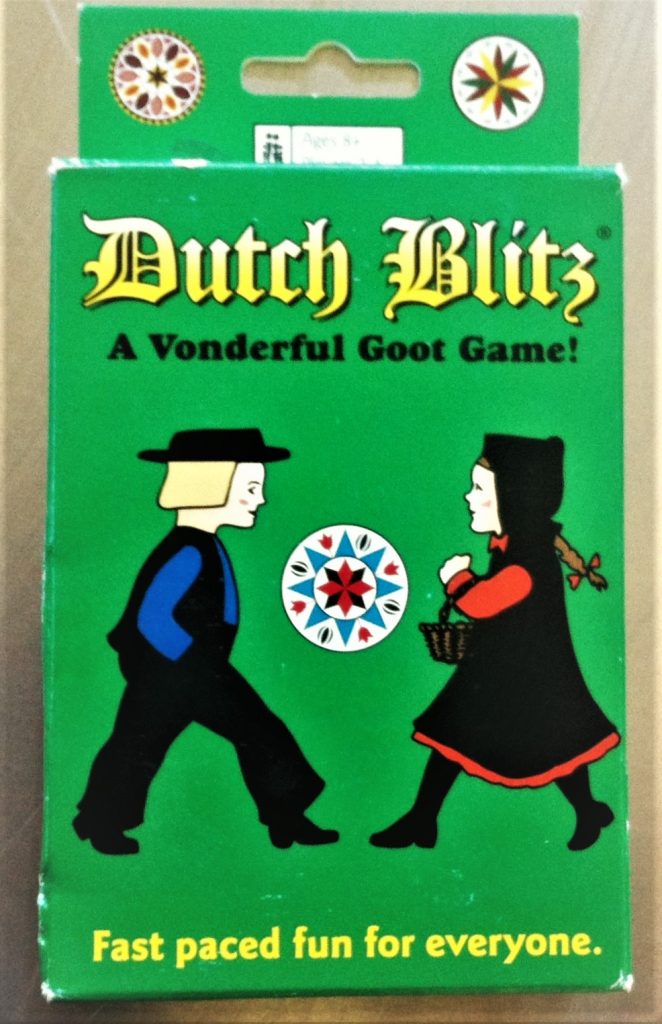 Image by author based on image from pxhere.com, public domain.

So really, Dutch Blitz is not at all related to the Dutch, unlike many of the other Dutch-terms we’ve looked at thus far! Perhaps the only thing related is that in English, the “Hollanders” are now referred to as “Dutch”. If they had stuck with Nederlandsch (Nederlands today) from the start, English would probably call the Dutch “Netherlanders” with their “Netherlandic” games!

So, what about the game, how does it work? Well, the makers (producers) of the kaartenspel made a “vonderful” video about it, see above!

Have you heard of Dutch Blitz before? Or have you even had the chance to play it? Do you know about more things that are called “Dutch” but actually refer to the Pennsylvanian Dutch? Let me know in the comments below!