The Oostvaardersplassen – What went wrong? Posted by Sten on May 22, 2018 in Dutch Language, Dutch Vocabulary, News

You might remember our post on Flevoland, a Dutch province that was created from scratch – literally. The land did not exist before. Part of that creation of land was also the the creation of a natuurgebied (nature reserve), called the Oostvaardersplassen. With a size of 5600 hectares (about 14,000 acres), it is an important natuurgebied not just for the Netherlands: Many vogels (birds) overwinteren (winter) in the Oostvaardersplassen. So it is an important piece of nature under the protection of the Staatsbosbeheer (Dutch Forestry Service). But not all is well. What went wrong? 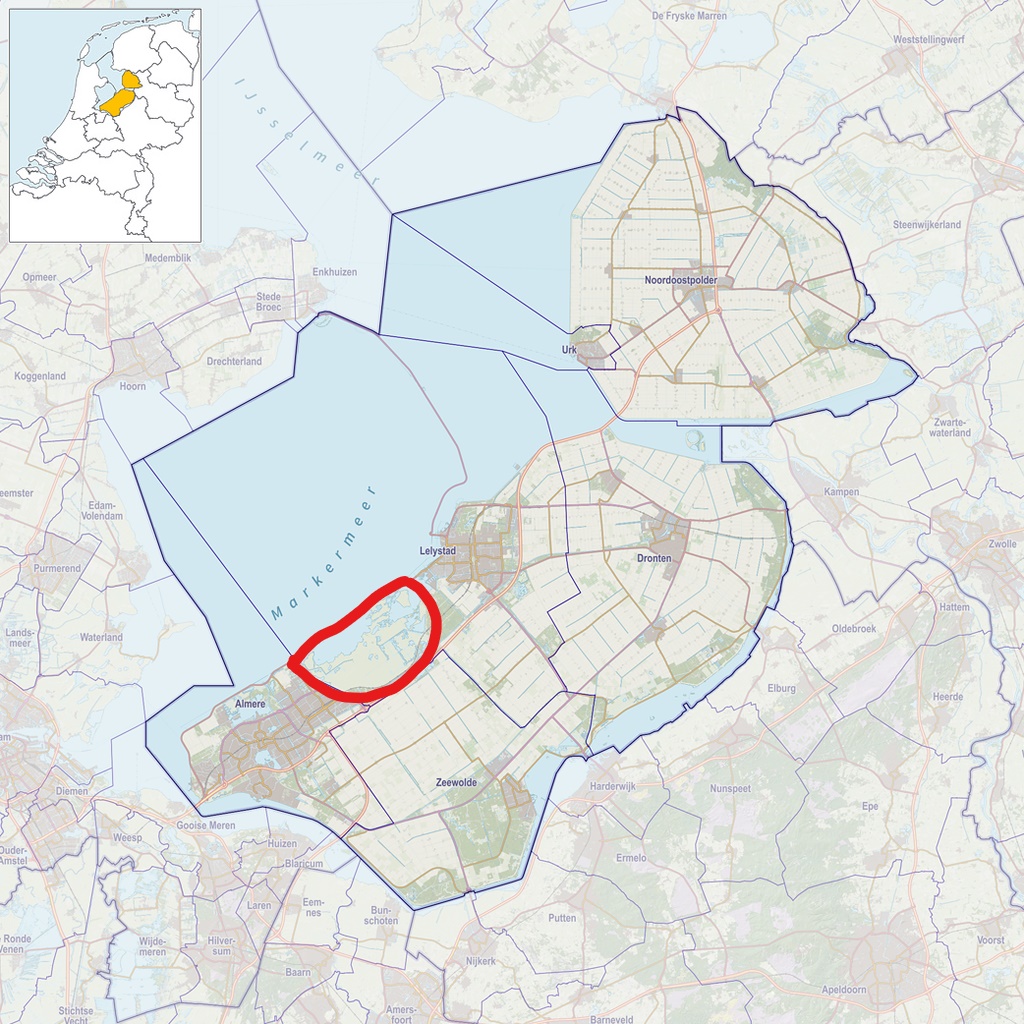 Location of the Oostvaardersplassen in the Netherlands, and in the province of Flevoland. (Based on image by Janwillemvanaalst at Commons.wikimedia.org under license CC BY SA 4.0)

In the beginning, the Oostvaardersplassen had a experiment: Grote grazers, that roamed the Netherlands a long time ago, were released into the park in the 1980s. Initially, these were 32 Heckrunderen (Heck cattle) and 20 Konikpaarden (Konik horses). In the 1990s, 57 edelherten (red deer) were added. and  They are considered Wild (wild animals). This means that the animals are not given any additional food (so-called bijvoeren) and cadavers are not taken away, as this is a source of nutrition for other animals. The idea was that a natuurlijke (natural) area could be created in the Netherlands with dieren (animals) from former times. 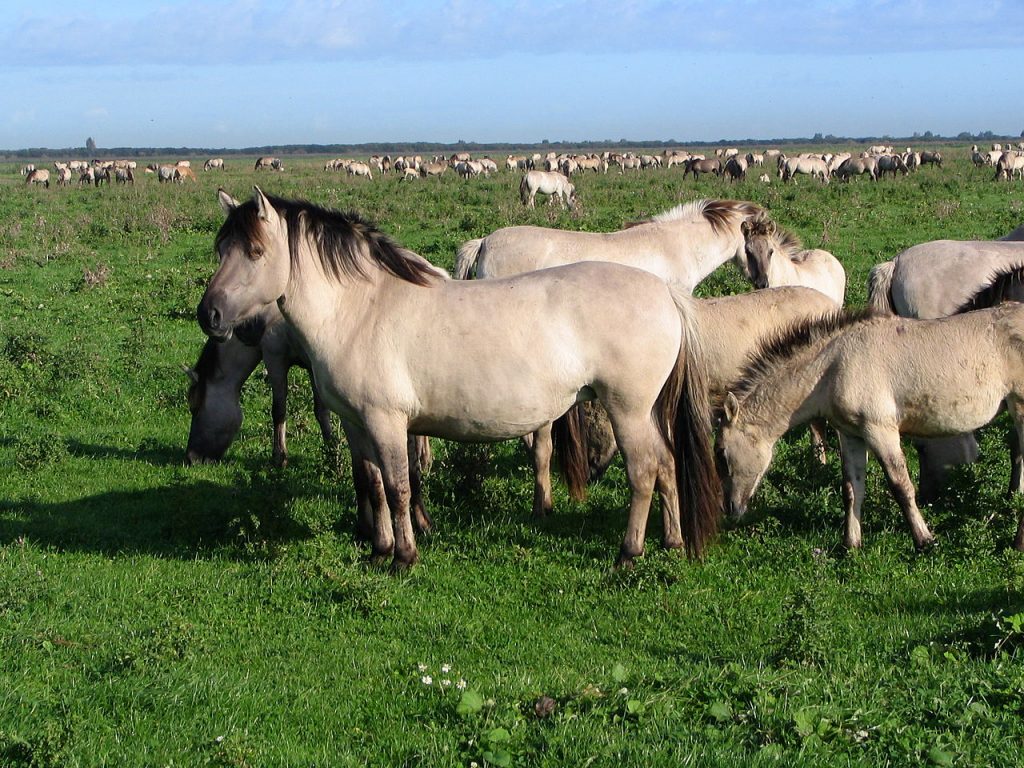 Konikpaarden in the Oostvaardersplassen (Image by GerardM at Commons.wikimedia.org under license CC BY SA 3.0)

However, over the years, the populations of these grote grazers exploded, up to the point that there were about 5200 of them! They have no natural enemies in the Oostvaardersplassen, and so they keep breeding and expanding. The problem: The park is not large enough for the amount of animals that live there now, and there is not enough food. So they eat away much of the begroeiing (vegetation), and now there is not much left. The consequence is that many of the grazers die a painful death due to honger (hunger).

This led to a lot of woede (anger) under actievoerders (activists), and after enough protest, Flevoland decided to do some bijvoeren to prevent further deaths.

So what can be done about that?

Unfortunately, the amount of dieren in the park has to be reduced and then maintained. Currently, about 2200 grote grazers live in the park, a number that, according to a onderzoekscommissie (inquiry committee), needs to be halved. Simply bijvoeren is not going to help, since it would only lead to a further increase of the population. More specifically, the commissie advises to leave the Heckrunderen alone, move some of the Konikpaarden elsewhere, but shoot some of the edelherten, because there is no other way.

But this is only an advice. What is actually going to happen is supposedly going to be decided next month. At least before the zomerreces (summer recess), they want to have taken the besluit (decision).

Below is a video of Arjen Lubach explaining the situation in his satirical show Zondag met Lubach.

What do you think of this situation? Is there a similar situation in your country? Let me know in the comments below!