May is the Month of Dutch Holidays Posted by Karoly Molina on May 16, 2018 in Culture

For those of us that work in the Netherlands, May is a super fun month! Three of the seven national holidays take place this month and the weather has been quite enjoyable, but which days are considered national holidays? 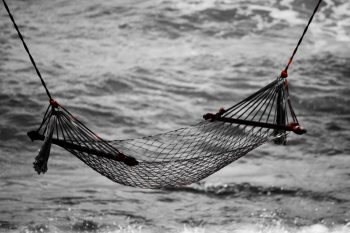 First and foremost, the Netherlands is one of the countries with the least national holidays. For 2018, we have only 7 national holidays (excluding those that fall on a Sunday) compared to 9 in Germany and 10 in Belgium. So which days do we get to celebrate?

During the first three months of the year, we had only one day off: nieuwjaarsdag. The last day of the year is not considered a holiday in the Netherlands, but the first one is. Have you celebrated New Year’s in the Netherlands? This past one was my first time and I was amazed at how many people had fireworks!

During the second quarter of the year, we have four national holidays and some celebratory days in between. While Good Friday isn’t an official holiday, the eerste en tweede paaasdag are. Koningsdag is also a holiday every 27 of April. Dodenherdenking on May 4th isn’t an official holiday, but there are plenty of ceremonies around the country including one at the Dam in Amsterdam.

Every 5 years, Bevrijdingsdag or Liberation Day is considered a holiday, although, like with Remembrance Day, there are always ceremonies and events around the country. Ascension Day or Hemelvaartsdag and Pentecost/Whit Monday or tweede Pinksterdag follow. For those of you who are not familiar with Hemelvaartsdag, the following video explains.

After Pinksterdag, we jump all the way to the eerste en tweede kerstdag. While there are no official holidays between June and December, many people take time off in August for summer holidays and during the fall break for schools. What is your favorite summer-Dutch destination?

In Belgium, the holidays that I mentioned for the Netherlands are celebrated minus King’s Day and Liberation Day. In addition to that, Labor Day on May 1st, Belgian Independence Day on July 21st, Assumption on August 15, All Saints Day on November 1st, and Armistice Day on Nov 11. The Second Christmas Day that is celebrated in the Netherlands is not a holiday.

During Belgium’s Independence Day, King Filip gives a speech that is televised. During last year’s speech, the king stressed the importance of learning from each other’s differences. You can see the full speech in Dutch below.

Which holidays do you think the Dutch should also celebrate?