Er rijdt geen streekvervoer! (There is no regional transport!) These were headlines today for the fact that streekbussen (regional/local buses) and regionale treinen (regional/local trains) are not driving today. So reizigers (travelers) have to find a way around that – super vervelend (annoying)! Why does this happen?

The reason why the regiovervoer (regional transport) is halted is because the vakbonden (labor unions) FNV and CNV demand better pay, less work pressure and bathroom breaks. So they announced a staking (strike) for Monday, April 30 and Tuesday, May 1. The stakingen last the whole day. So a lot of people have trouble getting to work! That is vervelend, but perhaps it works? 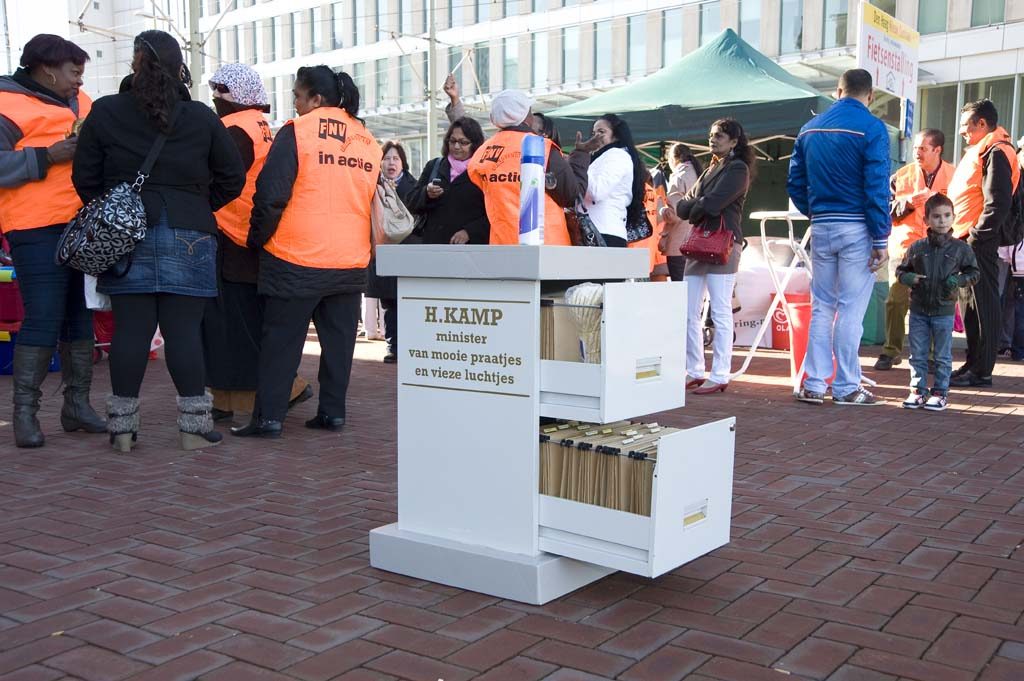 Staking by FNV in Den Haag (The Hague) (Image by FNV Bondgenoten at Flickr.com under license CC BY 2.0)

First, let’s talk about these vakbonden. Vakbonden represent the voice of werknemers (employees) in a certain sector (sector). In this case, those vakbonden are FNV Bondgenoten, part of the Federatie Nederlandse Vakbeweging (FNV – Netherlands Trade Union Confederation) and the Christelijk Nationaal Vakverbond (CNV – National Federation of Christian Trade Unions). FNV is the largest vakbond in the Netherlands, with more than one million leden (members). It serves werknemers in the sectoren industrie, dienstverlening, handel, metaal, vervoer and voeding (industry, services, trade, metal, transport and foods). Quite a large portfolio! CNV, on the other hand, quite a bit smaller, with about 280,000 leden. Within CNV, there are smaller sections of vakbonden for specific industries, of which also transport.

Such vakbewegingen (trade unions) really came up in the Industriële Revolutie, in the 19th century. People came to work in the steden (cities) under very bad labor and living conditions. To improve these, get fair loon (wages) and better werkomstandigheden (labor conditions), people got together and started bewegingen (movements) to protest these circumstances. In the beginning, such stakingen were still silenced by the overheid (government). However, slowly the situation improved. In 1965, the European Social Charter, in Dutch the Europees Sociaal Handvest, was signed. While it was not directly applicable and binding for the Dutch people initially, the Hoge Raad (Dutch Supreme Court) decided in 1986 that this Charter was binding directly for Dutch citizens. And that Charter specifies that werknemers are allowed to go on strike if they cannot agree with werkgevers about the arbeidsvoorwaarden (work conditions). In the Netherlands, the agreed upon arbeidsvoorwaarden are laid down in the cao (collectieve arbeidsovereenkomst  – collective work agreement), pronounced C-A-O. And sometimes, as in this case, the recht op staking (right to strike) is considered more important than the hinder (hindering) that is caused by the staking.

And because it is a recht, werkgevers are not allowed to punish werknemers in any way for participating in a staking. Werkgevers are not obliged to pay employees on an organized strike, however. If werknemers participate in an organized staking, there may be a budget (a stakingskas) at the vakbond that can get them a small vergoeding (compensation).

The first vakbond was founded in 1834. In 1906, a Dutch conglomerate of different vakbonden was founded to have a stronger standing against larger werkgevers (employers).This conglomerate became FNV in 1977.

What do they want? FNV states that their main goal is decent work and good income for all. Quite straightforward. Specifically, though? 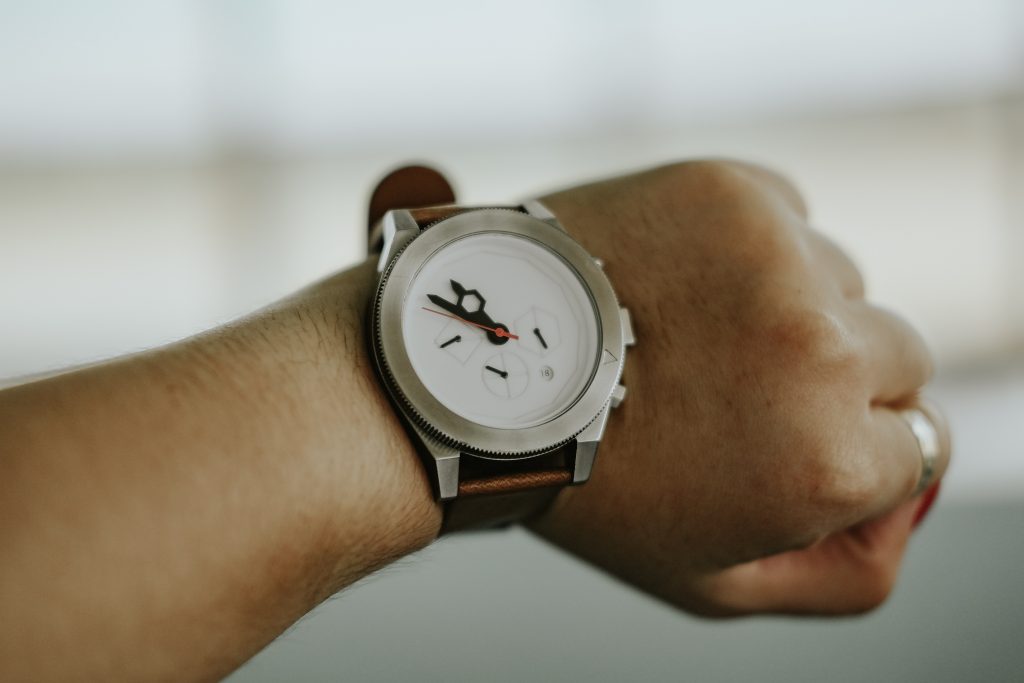 Since October 2017, FNV and CNV are in onderhandeling (negotiating) with the werkgevers of transport. They have still not been able to agree on a new cao. So what is so bad that they felt it was necessary to announce a staking?

The NOS reported about the strike. A buschauffeur (bus driver) told them: “Het is zeker niet allemaal kommer en kwel, maar er moeten zeker bepaalde dingen veranderen. […] Het is de werkdruk, ook voor de oudere chauffeurs natuurlijk. En er zitten heel veel diensten bij die niet te halen zijn met de huidige infrastructuur.” (“It is definitely not all doom and gloom, but there are definitely certain things that have to change. […] It is the work pressure, particularly for the older bus drivers, of course. And there are a lot of services that can simply not be achieved with the current infrastructure.”)

So, things need to change. He mentions werkdruk. But there is more. The buschauffeur also says that sometimes he does not go to the WC (bathroom), because there is no time. Furthermore, one of the more obvious reasons, they are looking for loonsverhoging (pay rise) of 3%.

And this staking, by increasing the druk (pressure) on the werkgevers (since no revenue can be made, yet costs are still there)

And is it effectief (effective)?

Apparently, yes. And that makes sense – from the first day on, the werkgever loses money. There are still costs, but no money is made! And at the same time, the wider population will in general feel more sympathetic with the small employee that asks for a bit more loon than for the werkgever. And so the behavior of the werkgever, if they do not go with what the werknemers ask for, may be seen less favorable. 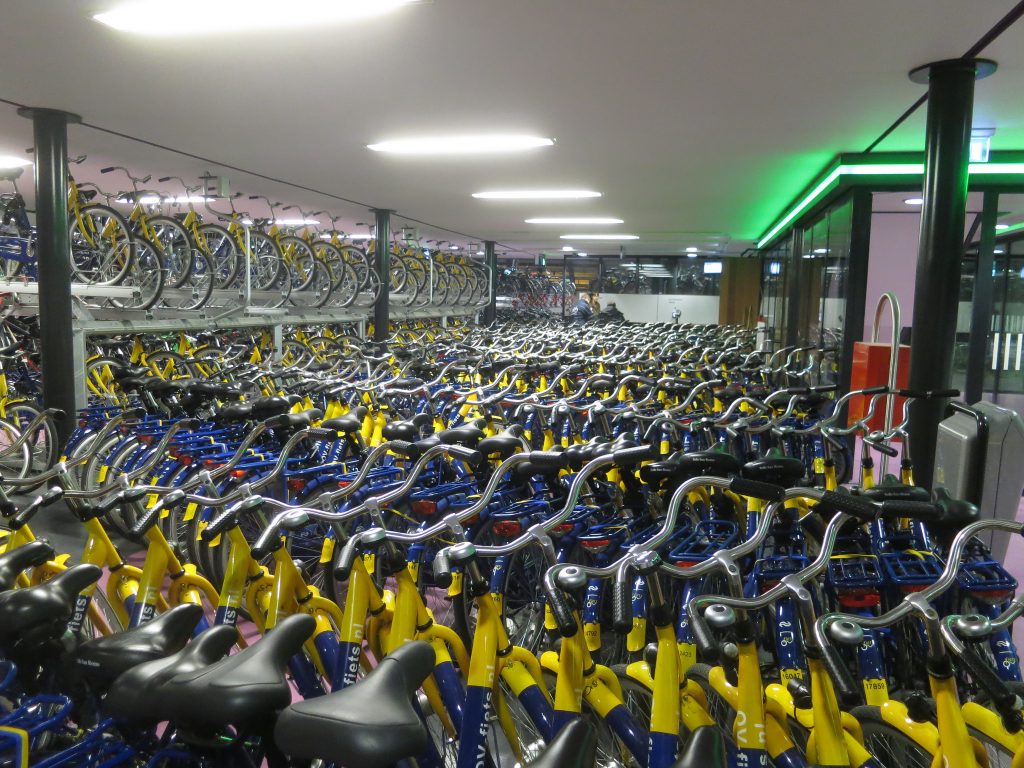 Because of the lack of regiovervoer, the Nederlandse Spoorwegen (NS) reported that there was a run on OV-fietsen, bikes that you can rent for a period of time that are available at treinstations (train stations). That makes sense – people cannot rely on the streekvervoer, and so they pakken de fiets (take the bike). So some people may not even be able to get a bike if they are out, and could perhaps get a taxi (cab)?

What do you think? Do you agree that this is a good way to get a good working environment? Or do you think that the disruptions are not ok? Let me know in the comments below!