This Dutch Treat is Racist Posted by Sten on Jun 6, 2016 in Culture, Dutch Language, News

At least, so they say! Today, I have a rather controversial post for you. It is about “chocolate-coated marshmallow treats”, as Wikipedia likes to call them.

I am talking about these things: 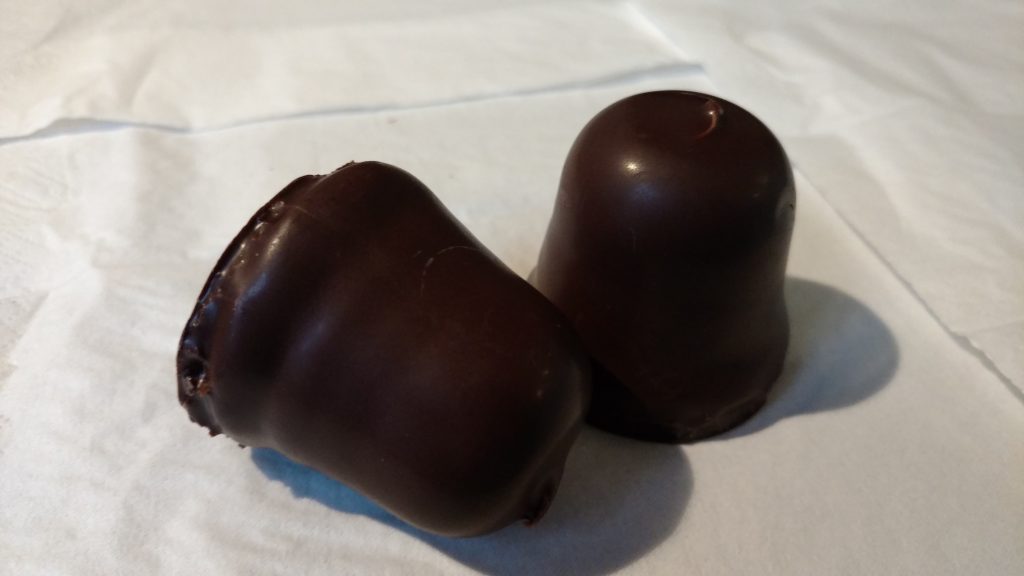 What is controversial about them? In the Netherlands and Germany, they are known as Negerzoenen or Negerküsse, which literally translates to “Nigger Kisses” or “Negro Kisses”. The treat came originally from Denmark, around 200 years ago, and spread from there to the rest of Europe. The modern  and in many countries an equivalent term was used. Not always though: in Austria, for example, they are known as Schwedenbomben (Swedish Bombs). Obviously, 200 years ago, there was not much controversy about the “N-word”. Especially not in Europe. Even today, the sensitivity that is associated with the word in the United States is in no way comparable to Europe.

The name was changed in France and Germany anyway, and an interests organization sent a letter to Buys to also consider changing the name. This would explain why only 10 years ago in 2006, the main and oldest manufacturer of these treats in the Netherlands, Banketbakkerij Buys (confectioner Buys) simply changed the name of their product to Zoenen (Kisses). But some people contest that, and say that it was just a marketing stunt of Buys so they would get attention for their product. Changing the name itself was also met with controversy, much like the Zwarte Pietendebat in recent years: it is ridiculous to change the name, because “it has always been called that way”, they think.

But why were they called this way? Where did that name come from?

Origin of the name

One Buys spokesperson said this: “Iemand die een negerzoen eet, krijgt bruine lippen en als die een ander een kus geeft, is dat een kus van een neger. Maar dat weet ik alleen uit de overlevering.” (Somebody that eats a negro kiss, gets bwon lips and if that person gives another a kiss, then that is the kiss of a negro. But I only know that from lore.)

The German manufacturer Dickmann’s has a different explanation (Dickmann’s could be a controversial name too. Literally “Fat Man’s”. It is the name of the founder, though!).  The modern kind that they make – the same kind made in the Netherlands – is from France. The whipped egg-white cream in the Zoen is also called Baiser, which is from France. And in French, baiser also means “to kiss”. So from there, they took the name Kuss. Since it was dipped in chocolate, one could have also called it Schokokuss (German for “Chocolate Kiss”, as they call it today), but, as Dickmann’s explains, the color reminded of black people, and so they called them Negerkuss.

Ever since they changed it, people started refraining from using the word negerzoen. When I bought a package the other day, the kassamedewerkster (cashier) also “accidentally” said negerzoen (it was actually one of the packages of Buys Zoenen!). She then quickly added: “Oh ja, dat mag niet meer!” (Oh right, that is not allowed anymore!) But legally, you can still say negerzoenen, it is just not really politically correct…

What do you think, is negerzoen an acceptable name? Or was the name change a good idea? Let me know in the comments, or shoot me a message on Facebook!