Why English speakers have a one-up when learning Dutch… and it’s not what you think Posted by tiffany on Jun 17, 2013 in Dutch Language 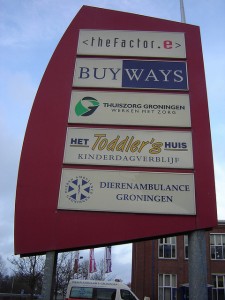 But that’s not the only reason native English speakers have an advantage when it comes to learning Dutch.

So what’s the other thing that gives English speakers the upper hand?

A surprising amount of modern Dutch comes directly from English.

That’s right. The Dutch may have contributed a tremendous amount to English as we know it today, but now it seems they like what the language has become so much that they’re borrowing back from it.

Here’s a list of just a handful of English words that have been Dutchified:

How about these doozies, straight from the mouths of Dutchies…

“Je moet out of the box denken.”
You need to think outside the box.

“Dat was een beetje awkward.”
That was a little awkward.

“Binnen no time was alles uitverkocht”
In no time everything had been sold out.

“Ik was helemaal happy toen hij mij beldde.”
I was so happy when he called me.

“Het was so last-minute wij hadden geen tijd om na te denken.”
It was so last minute we had no time to think about it.

This phenomenon has a name: Dunglish – a combination of Dutch and English. It always tickles me when I hear these gems, so matter how often I hear them (which is pretty often).

If you’re in a conversation and are at a loss for a particular word in Dutch or just don’t know what to say, try tossing in a bit of English. Odds are, it’ll go by completely unnoticed. You’ll be amazed how often it works.

While some language purists frown upon this influx of English to the Dutch language, it’s really no surprise. So many Dutch speak excellent English.

In addition to it being taught in schools at an increasingly early age (sometimes as young as two or three), there’s a very mainstream English influence.

Much of what’s played on the radio is in the English language. A large number of Dutch artist have made a conscious choice to produce music with lyrics in English.

It’s still debatable whether or not this pays off our debt to the Dutch in full, but hey, it’s a start.

What are some other Dutchified English words you’ve encountered? Or have you recently heard a bit of Dunglish you’d like to share? Let us know in the comments.