Graveyards and Cemeteries Posted by Gary Locke on Oct 28, 2021 in English Vocabulary 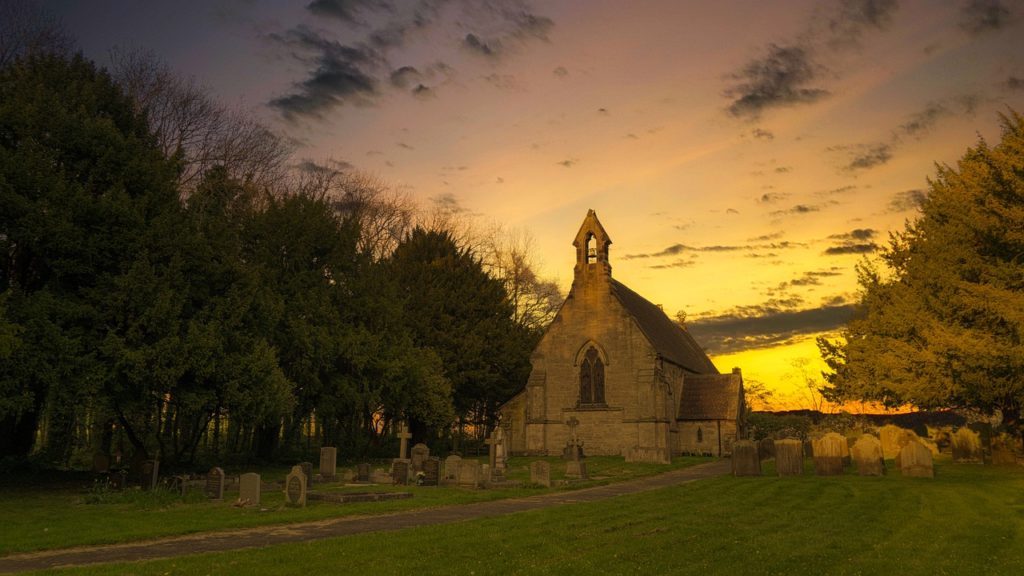 Image by jplenio from Pixabay

In English, we often use the words graveyard and cemetery interchangeably. The same is true of tombs, mausoleums, and crypts. But, there is a difference between them. It’s time that we buried the confusion and explore the proper use of terms for the resting places of the dead.

In the western world, burials were commonly conducted by the church on consecrated, or sacred, land. Depending on your status of wealth and within the community, you may have been buried on the church grounds with a tombstone, away from the church but with a marker to indicate your name, or in a mass grave. In all cases, burial land owned by churches is called a graveyard.

Graveyards are not as symmetrical or planned out as cemeteries. When someone died, it was simply a matter of finding a place for the body to be buried. Family members were seldom buried together.

A cemetery is an area of land specifically set aside by the community, not a church, to bury the dead. They may be maintained by the community, or the land may be sold to a company to conduct the burials. In the past, cemeteries were commonly placed away from the general public out of fear of the many infectious diseases that killed much of the public.

In the U.S., the first rural cemetery was established in Cambridge, Massachusetts in 1831. Mount Auburn Cemetery was also considered a park. The entrance is made through elaborate metal gates. The cemetery is beautifully landscaped, with grassy knolls and well-kept trees. For many residents of a large city like nearby Boston, Mount Auburn Cemetery was the nearest thing to a garden in the countryside that they would ever know. It was quite common at the time to have a picnic among the gravestones.

We get the word from the Old French cimetiere, which actually meant graveyard, and the Latin cemeterium, or burial ground.

A tomb is a contained place for a body interred underground. Usually in the form of a stone structure or underground room (or rooms), a tomb was built just for one or two specific people, such as a husband and wife, and may contain some of their personal possessions.

In contrast to a tomb, a mausoleum is likely to contain the remains of many individuals aboveground. Think of a mausoleum as a larger, fancy tomb that people can visit. They often house the remains of whole families, even multiple generations. We get the word from the ancient burial site of King Mausolus, considered to be one of the legendary Seven Wonders of the Ancient World. Today, you may find mausoleums in places like New Orleans, because the likelihood of floods necessitates the aboveground entombment of bodies rather than burial underground. However, some very large mausoleums may be found in cemeteries or memorial parks. These may have underground chambers where bodies are laid to rest side-by-side or atop each other.

Crypts are areas found inside mausoleums, where a casket or urn is laid to rest.

Is there a place set aside for generations of your family to spend what many call their eternal rest?