Interactive Esperanto Theater and Film Posted by Chuck Smith on Mar 25, 2014 in Uncategorized 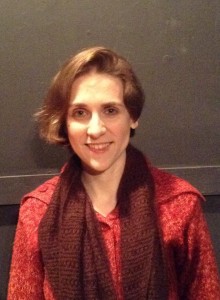 Today I’m with Jennifer Bondelid, the head organizer of the up and coming Esperanto Performing Arts and Film Festival, taking place on Apr 11-20 on Whidbey Island (near Seattle). You might know her best for her work as Helena Bonvolo in the Esperanto soap opera Pasporto al la Tuta Mondo or her Esperanto voice acting in many of Christopher Mihm’s cult films. Now let’s find out more about this new event and its potential to change the face of the arts in the Esperanto world.

What is the Kino-Teatro-Festo? Why would one want to attend?

Thank you Chuck! I’ve been enjoying reading your blog for a while, it’s exciting to get to participate!

Yes, head organizer… founder… creative director/artistic director, chief cook and bottle-washer. Take your pick! But it’s hardly a one-woman operation… There’s a beautiful team of folks helping bring this to life, including Gary Grady, Chuck Mays, Derek Roff, George Baker, Amanda Higley Schmidt, and our wonderful intern Alex Engleberg and graphic designer Morgan Bondelid, as well as many others who have been helping behind the scenes including Richard and Bonnie Korp who are assisting with a lot of the local legwork with vendors and venues.

What was your inspiration for organizing KoToFesto? Are there any other events like it?

As far as inspiration, I’d point to KEF as an example, but since i haven’t been able to attend, I can’t claim them as the model. Kino-Teatro-Festivalo is an idea which came out of a two-fold desire… One, to bring an Esperanto event to my local community, which I feel are somehow Esperantists who just haven’t learned the language yet. What I mean is that the internal idea of brotherhood across any boundaries is already second nature to them, so why not introduce Esperanto! And two, even more importantly, to enrich to culture of Esperanto through film and the performing arts. In today’s technologically connected society, we have the potential to really reach people all over the world using the medium of Esperanto and the performing arts, what could be a better fit? 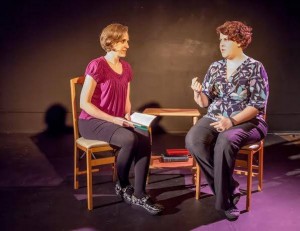 The step that seemed to grow from that idea is to bring people together in a workshop experience. To provide classes in Esperanto for beginners, and in the performing arts for those with an understanding of the language, and the opportunity to work together on creative projects brought by the participants and by the team. We will be working with the participants on building skills and putting those skills to use creating new short films and a performance of the new works created during the workshop, whether theatre, music, or dance. Kino-Teatro-Festivalo 2014 is combining with Nord-Okcidenta Regiona Esperanto-Kunveno 2014, which is a wonderful opportunity for both organizations, as KTF will be providing entertainment for the NOREKanoj, and NOREK will be providing an audience for the workshop participants.

Are there anything else noteworthy taking place during the festival?

A juried film festival is also a key part of the KoToFesto with the goal of encouraging new works in Esperanto. We encourage everyone to submit their films to the festival, there is no fee to enter for jury selection, but for those filmmakers who wish to enter for cash prizes (and anyone who wishes to support the festival,) there is an option to enter $10, half going to the filmmaker’s prize pool and half supporting the festival.

Through the wonderful support of the local community, we have been able to keep costs to participants very low, the early-signup fee for the entire workshop is $100. Visit the KoToFesto website for more details including particularly affordable lodging information for early sign-ups, and “like” our Facebook page ‘Kinoteatrofestivalo’ to get the very latest updates. The early-bird fee is only until March 28th, so register soon! Send your questions and ideas to us at esperanto@whidbey.com.

Well, I wish you the greatest success and you’ll have to keep us informed with how it went and what gets produced there!