Another love story Posted by Tim Hildreth on Feb 27, 2018 in Culture, Vocabulary

It’s been almost a year since we last went to the store. Well Monoprix is back with another too-cute pub (short for pulicité / commercial) that we’ll look at this week. 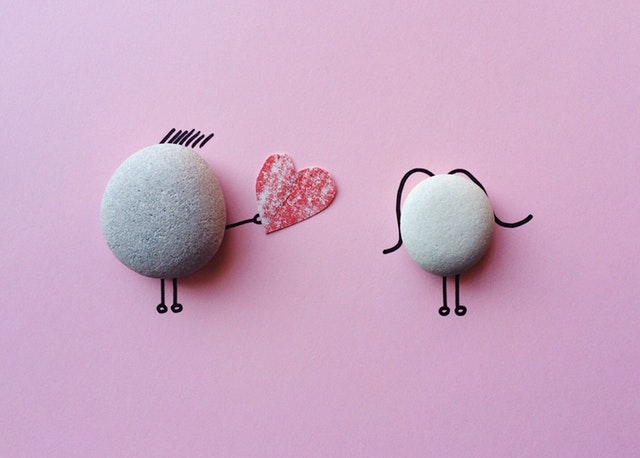 ^ Let’s break down the puns and word play: un datte in French is the fruit, this is a play on the English word date (which is both the fruit and a social event!); filer in French colloquially means to scoot, to flee – un filet is a cut of meat (in this case, fish); crackers is a play on the French craquer which means to crack, to crunch but also crack for, adore; un verre would be a glass – un petit vert here refers to peas (les petits pois); un coup de foudre is a lighting strke.

If you liked the story of Alice and Cesar, I recommend you check out a little independent film from Belgium called Lost in Paris (click to see the bande annonce / trailer). It’s almost impossible to describe, other than to say its quirky and very French. I discovered it complètement par hasard (completely by accident) au bibliothèque (at the library) last week and was really charmed by it.

* This term, which originally only refered to the French national soccer team, has come to represent many different teams representing France on the world stage.
** Like La Saint-Sylvestre, la Saint-Valentin uses the feminine definite article. The theory for why is that people are really saying “la fête du Saint-Valentin”
*** France has 5 phone regions. 01 represents the Ile-de-France region around Paris, 02 is Northwest France, 03 is Northeast France, 04 represents the southeast (including Corsica), and 05 is the southwest. 06 (and 07) are reserved for mobile phones. 08 is for free calls (also called numéro vert / green number), the equivalent of 800 (or 888) numbers in the United States.
**** dispo is short for disponible.
***** Short for salut / Hi!, or Hey! Salut can serve as a greeting and a goodbye.