French Grammar – The Recent Past Posted by Tim Hildreth on Mar 20, 2018 in Grammar, Vocabulary

This week I’m starting a mini-series to address some useful ways for talking about actions and events in time that don’t always gets as much attention as other tenses. First up, an easy way to talk about things that happened in the past without resorting to the passé composé or the more literary passé simple. 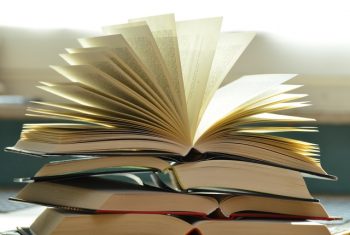 Le passé récent (The recent past)

Le passé récent isn’t so much a tense as it is an easy way to talk about things that have just happened. It’s a handy way to talk about something that took place just before the current moment. And because there is no participe passé (past participle) you don’t need to remember which helping verb to use or whether you need to make the participe passé agree with the subject or not!

Le passé récent is formed using the present tense form of the verb venir (to come) + the preposition de + the infinitive form of the verb you want. Rien de plus simple! (Nothing simpler!). Let’s look at some examples:


^ The expression “Je viens de… “ can of course also mean “I come from… “ as described in this post.
* In France (and other Euro Zone countries that indicated the currency after the number for the local currency pre-euro) the euro symbol generally comes after the number as well. In countries where the local currency symbol usually comes first, the order is generally reversed to reflect local usage of currency symbols. Also, remember that French uses a point (.) to separate whole numbers [and saves the virgule/comma (,) to separate the whole from decimals as in 1.000,50€ which would be mille euros et 50 centimes (one thousand euros and 50 cents).]

For example the phrase ‘je suis tombé‘ can mean both ‘I fell just now’ and ‘I fell . . . sometime in the past (yesterday, least year, once when I was young, etc.)’ but ‘je viens de tomer‘ can only mean ‘I fell just now/I just fell’.

Coming up next: the near future (le futur proche), followed by the imperfect (l’imparfait), and finally a little story to help us explore the differences between the imparfait and the passé composé.