Having A Fat Morning? – Sleeping Late In French Posted by John Bauer on Feb 7, 2018 in Culture, Vocabulary

Les expressions (expressions, idioms) are fun windows into the culture behind a language. Things like it’s raining cats and dogs does not make any sense to non-English speakers, but it also helps give English a fun flavor beyond all the grammar. 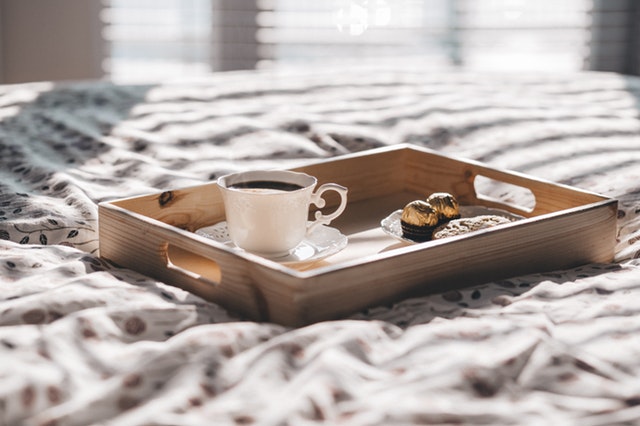 Pendant l’hiver (during Winter) it can feel amazing to just sleep in and stay under the blankets. Those days when you can get a few extra hours of sleep, or just a few extra hours in bed, can make the rest of the week feel much better.

One day after a morning in bed, I went out to meet mon ami (my friend). We had a normal start to our conversation, but I was surprised by what he said when I told them I had slept in.

Hi! How are you?
HI! I’m good and you?
I’m good. Did you do anything this morning?
I stayed in bed all morning. I just got out of bed!
Aah! You had the fat morning!

Confused, I thought maybe la grasse matinée was a type of breakfast and answered accordingly:

No, just some bread and a coffee.
Alright…
And you? You ate a lot this morning?
Not especially. Why?
I thought you maybe had a fat morning.

As usual in these situations, mon ami started laughing as they realized le malentendu (the misunderstanding).

Fat morning is an expression! It means you stayed in bed all morning!

It’s always slightly embarrassing when I learn new words and new idioms by making mistakes, but it definitely makes it harder to forgot them!

When using this expression it’s important to not think in English and remember that’s it’s faire la grasse matinée and not faire une grasse matinée.

Le terme (the term) grasse matinée can be found in the 16th century expression dormir la grasse matinée (to sleep the fat morning), while faire la grasse matinée isn’t attributed until the 20th century. The later terme is what’s used today dans les pays francophones (in French speaking countries) and is the one to use if you want to say to sleep in or to sleep late.

Why the adjective gras (fat) is used has two possible explanations:

It may be hard to find the time to enjoy la grasse matinée, but during these cold winter months, I definitely look forward to bundling up in bed when I can!