Macron in charge Posted by Tim Hildreth on Jan 4, 2022 in News, Politics

Today is le mardi 4 janvier1Tuesday January 4th, and as it does every year, January marks the beginning of a new year. Bienvenue à 2022!2Welcome to 2022! January this year also marks the start of a new 6 month term for France as the head of the Conseil de l’Union européenne making Emmanuel Macron responsible for the group while also potentially (re)running for president of France. 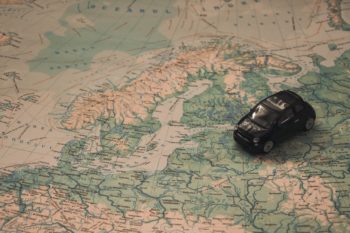 Le Conseil de l’Union européenne3The European Council is part of the vast bureaucracy that is the European Union. The Conseil is made up of “les chefs d’État ou de gouvernement des 27 États membres de l’UE”4the heads of state/governments of the 27 member states that make up the EU. The Conseil does not negotiate on or pass laws but “établit le programme d’action de l’UE”5sets the agenda for the European Union.

Should he announce, as it is assumed he will despite not yet having committed6Not untypical, according to my sources in France, who share that a sitting French president will typically not announce their intention to run again until January or February of the year of the elections to avoid having to run a campaign and the country at the same time., Macron’s six-month term at the head of the Conseil will coincide with a campaign for president. In November, he shared a preview of his priorities for the term which include:

Pour marquer l’occasion14To mark the event numerous monuments around Paris and France including the Eiffel Tower were lit up in EU blue. You can see some photos and read more (in French) here and here.

Speaking of the European Union …

One of the Union’s primary hallmarks has to be the introduction of the common currency, the Euro, in January of 199915While the common currency was officially launched in 1999, the first actual currency wasn’t in circulation until 2002.. And now the Euro, the official currency of 19 of the 27 member countries of the EU and the second most traded currency after the US Dollar, is due for a makeover. The European Central Bank announced in December that they would begin the process of designing new bank notes for 2024. You can read more about the plans here.

In other currency news, two new (1 and 2) euro coins are being introduced in France this month. You can read more about the new coins that coincide with France’s leadership of the Conseil and see an image of the details here.

As if 2022 weren’t going to be busy enough for Emmanuel Macron (what with the on-going Covid situation and a six-month term at the head of the European Commission) this is also the year of the French presidential elections. Macron was elected in May 2017 for a quinquennat16five-year term that is coming to an end and it is time once again for the French to choose a new (or the same?) leader. So far Macon has refused to commit, telling a group of students in December that “Je vais, un peu, pendant la période des fêtes, réfléchir à ça”17I’m going to, a little, over the holidays, think about that

Candidates from left, right, and center have been making their cases for over a year now as to why their fellow citizens should chose them to lead France forward. Macron is expected to begin making his case for another quinquennat as soon as this month. Whatever the case, in a few short months we’ll know the answer to who will be France’s next president.