Black Lives Matter In Germany Posted by Constanze on Jun 10, 2020 in Language

Guten Tag! All around the world there have been Black Lives Matter protests in response to the murder of George Floyd by a US police officer on 25th May. Germany is no exception, having recently held protests in many of its major cities, including Berlin, München, Hamburg and Frankfurt. In this post, I will share some vocabulary, phrases and news related to the protests, and share a German news video you can watch and listen to. 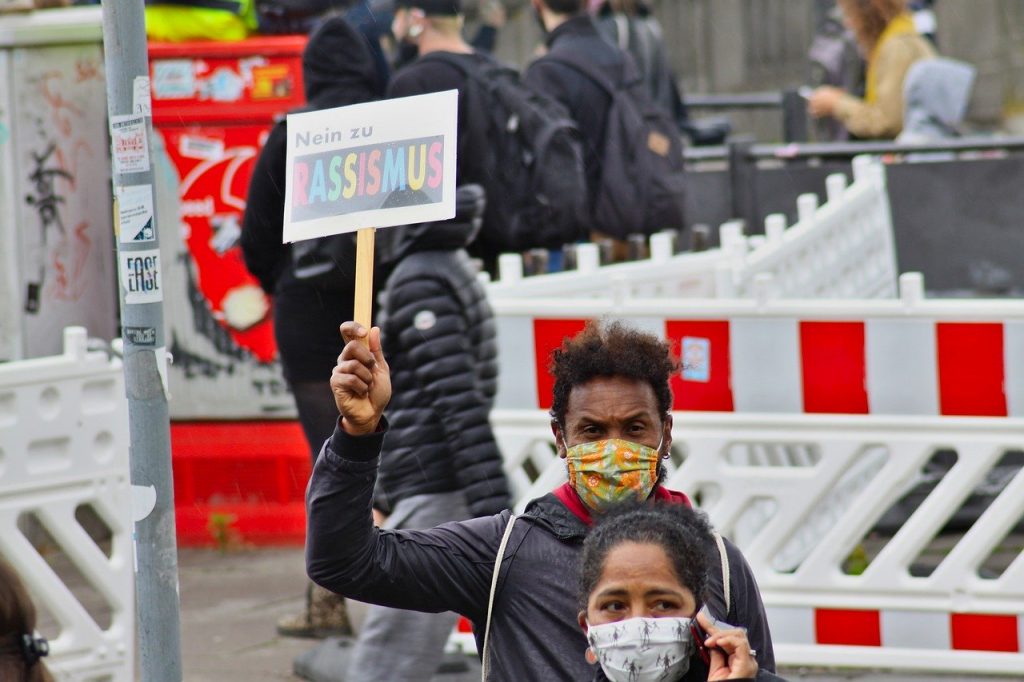 Deutschland, du bist nicht unschuldig – Germany, you are not innocent/not without blame 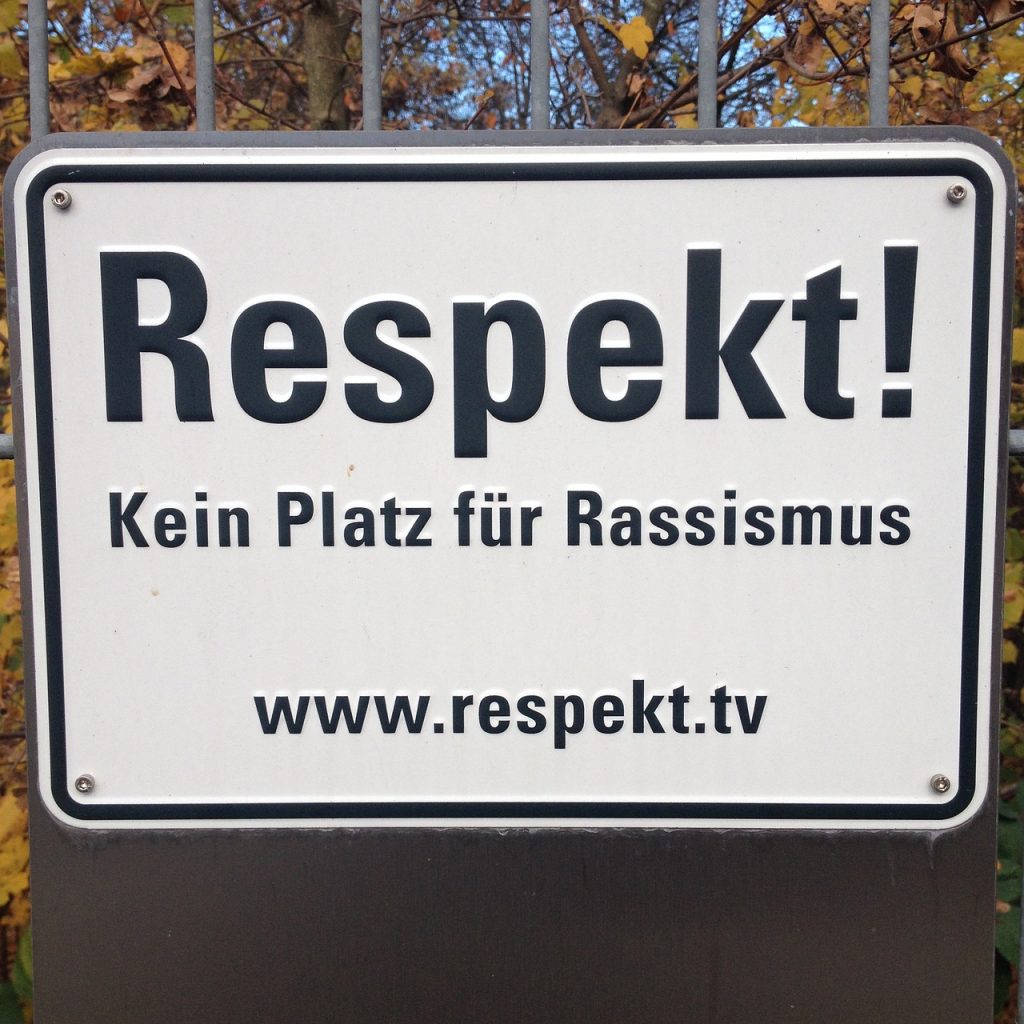 Respect! No place for racism. Image via Pixabay.

Here is a short news video about the protests, by German news channel Taggeschau. See how many words and phrases you can recognise in it.

In Hamburg, police intervened after just 30 minutes, saying that protesters were not following rules in relation to the coronavirus pandemic, such as observing der Mindestabstand (minimum distance away from each other, aka. social distancing), and wearing der Mundschutz (a face mask/covering).

On 4th June Berlin became the first German state to pass its own anti-discrimination law. This law enables people to claim compensation (die Vergütung) if they have been unfairly discriminated against, or racially profiled by, the police.