Der Apfel: The German Apple Posted by Constanze on Mar 30, 2022 in Culture, Food

Guten Tag! Today we’re going to look Germany’s best-loved fruit, how it’s celebrated, and some German/Austrian food and drinks that use it. Let’s take a closer look at der Apfel – the apple! 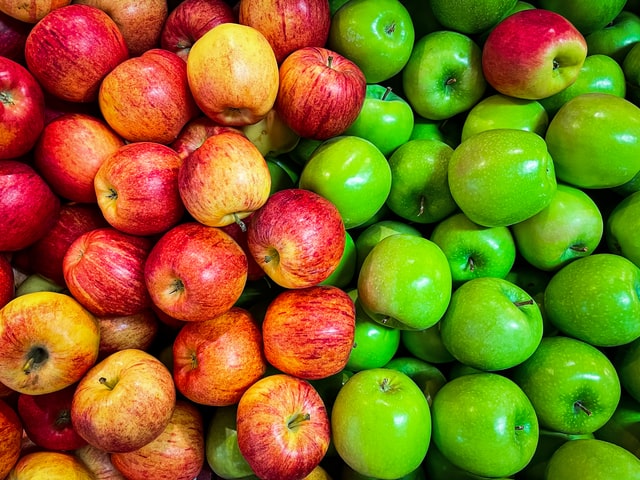 Photo by James Yarema on Unsplash

We all know that apples are good for us, what with them being a rich source of fibre (der Ballaststoff), vitamins (die Vitamine) and minerals (die Mineralien)- and of course, they are exceptionally delicious (lecker), too! And it seems the Germans love their apples; according to a 2017 survey, 79% of Germans regularly eat apples, with each German eating up to 49kg of them each year!

Apples are so important in Germany, they even have a day dedicated to them. January 11th is der Tag des deutschen Apfels – ‘German Apple Day’. Started in 2010 by the Bundesvereinigung der Erzeugerorganisationen Obst und Gemüse (Federal Association of Fruit and Vegetables Producers), this day is used to encourage people to support local apple producers- and to eat more apples, of course!. Thousands of apples are given to people on this day for free. 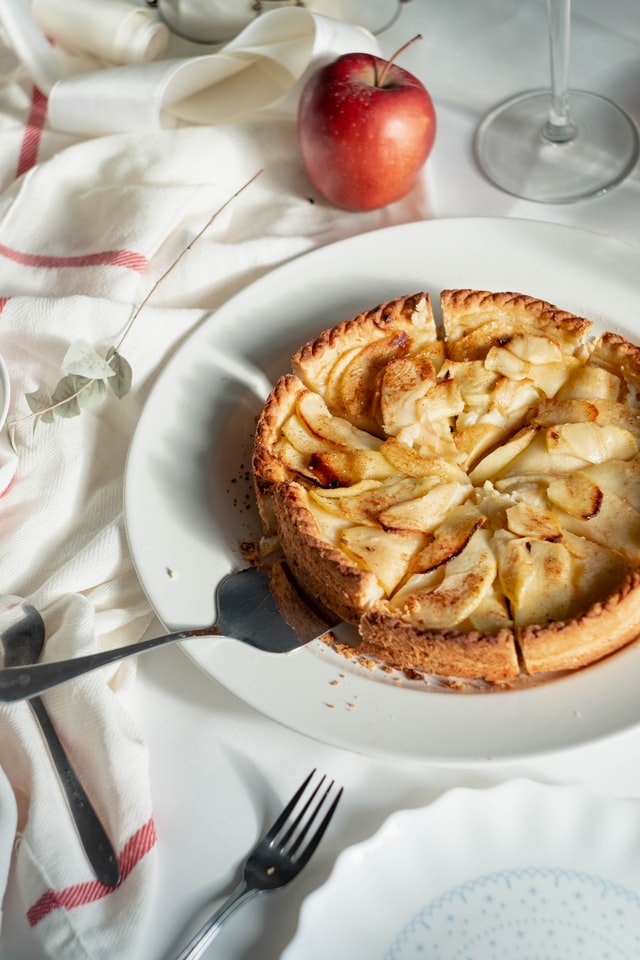 Photo by Dilyara Garifullina on Unsplash

Considering Germany is a country that loves its apples, it’s no surprise there are many recipes and drinks that put the Apfel centre-stage. Let’s take a look at some of them.

Native to Austria, the Apfelstrudel is also popular in Germany, and is perhaps one of the most well-known, sweet apple dishes to come from the German-speaking world! Want to make one? Click here for an authentic Viennese recipe!

Another classic cake! Similar to an apple crumb cake in English, the Apfelstreuselkuchen is widely known in Germany and is especially popular in cafes – it makes a great addition to a Kaffee (coffee)! Here is an easy recipe, if you’d like to make your own. 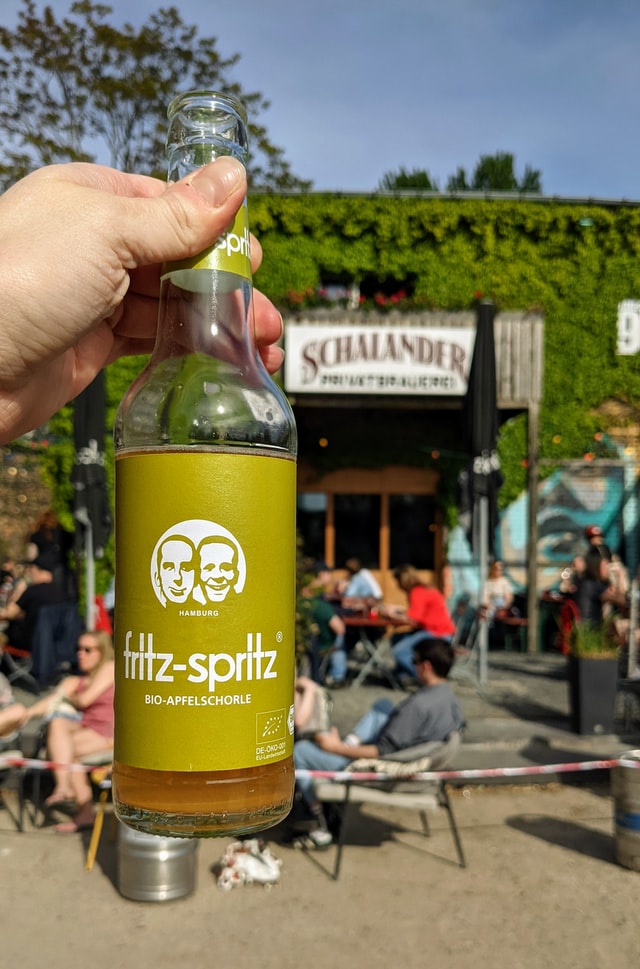 Photo by Alana Harris on Unsplash

The Apfelschorle is a soft drink made from sparkling water and apple juice, popular in Germany, Austria and Switzerland. The Apfelschorle reminds me so much of Germany; it’s not a very common drink here in the UK, so as a child, I always looked forward to drinking it when my family and I visited in the summer! Here is some more information about the Apfelschorle.

Apfelkompott (also: das Apfelmus) is a very versatile and much-loved foodstuff in Germany. It can be used in baking, or eaten on its own, but it is also used in savoury dishes: Kartoffelpuffer, for example, is a dish of fried potato cakes with Apfelkompott on the side. Click through to this post to read more about Apfelkompott, including how to make your own! 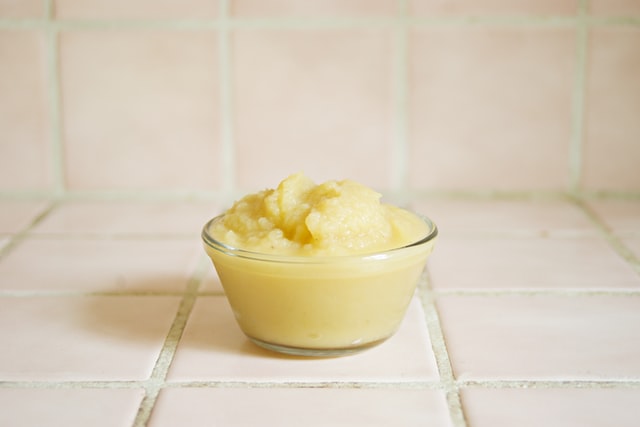 Photo by Rachel Loughman on Unsplash

I hope this post has been helpful and/or interesting!

Finally, I’d like to say that this is my last blog post on Transparent Language German blog! I’ve been writing for this blog since 2014 (8 years!) and it’s been an absolute joy to write about my second language and culture during that time, and interact with you all. I hope you’ve enjoyed reading my posts as much as I’ve enjoyed writing them, and that you can continue to find use in them. So, all that’s left to say on my part is auf Wiedersehen (Goodbye) and that I wish you alles Gute (all the best) with your German language learning journey!
Gib niemals auf. 🙂
Constanze x
@connifitness