You may remember Dwight Schrute, the quirky top paper salesman from NBC’s “The Office” (by the way, there is a German spin-off, called Stromberg). While the sitcom celebrated its finale back in May 2013, it is still one of the most watched shows today. And Mr Schrute is one of the audience’s favorite characters. Not only his dorky, freaky personality makes him uniquely popular, but also the emphasis on German stereotypes. From his strict sense of law and order to his upkeep of old Schrute family traditions, he proudly lives his German (Pennsylvania Dutch) heritage. Let’s take a deeper dive into all of Dwight’s Germanness throughout ALL 9 seasons of The Office. From his word use to nods to German culture and traditions. Today, we look at Dwight’s wonky Christmas party and all what’s German about it!

Phyllis: I knew the party was today, but nobody asked me to plan it, so I didn’t. Hmm, funny how that works.
Meredith: [Scoffs] We’re out there sweating our balls off every day, bustin’ our balls. We deserve a Christmas party!
Nellie: Well, then, why don’t we just get some liquor and those mini-Cupcakes?
Kevin: Mini-Cupcakes? As in the mini version of regular cupcakes, which is already a mini version of cake? Honestly, where does it end with you people?
Dwight: What about an authentic Pennsylvania Dutch Christmas? Drink some Glühwein, enjoy some Hasenpfeffer. Enjoy Christmas with Saint Nicolas’ rural German companion, Belsnickel.
Jim: Yes! That, that, that! We’re definitely doing that. Are we all in agreement?
Glühwein and Belsnickel are below.
What about Hasenpfeffer?
Hasenpfeffer, literally “hare pepper” is a German ragout, made especially of the Hasenklein. The Hasenklein, or “hare smalls”, are the bits of the hare that cannot be used for Braten (frying), and so they are made into a stew. The Hasenpfeffer. 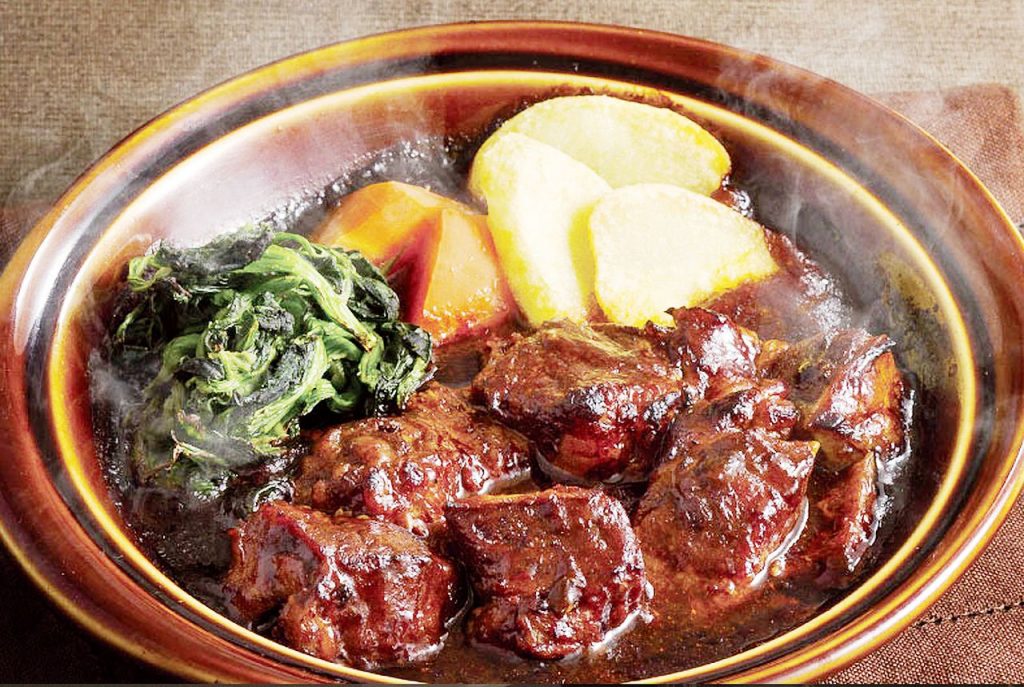 Hasenpfeffer with greens and potatoes (Image by Varaine at Commons.wikimedia.org under license CC BY SA 4.0)

It can suit well as Christmas food, as it has the rustic flavor that is so common for the winter German kitchen.

Let’s address the biggest part of it: Belsnickel. Is that a thing? Yes. It is.
Even in the episode itself, it is addressed:
Phyllis: Come on, Dwight, you’re making this up.
Dwight: No.
Oscar: [Reading from his phone] This is a real thing. “Belsnickel is a crotchety, fur-clad gift giver related to other companions of st. Nicholas in the folklore of southwestern Germany.”
Angela: Huh.
Pam: Wow.
Dwight: Okay, great. Seriously, you guys? Now you believe in Dwight’s traditions, when some democrat looks it up on Wikipedia?
Funnily enough, what Oscar reads there is the actual entry from the English Wikipedia page of Belsnickel. They mashed a few sentences together to make it work, but it is essentially correct.
Belsnickel also exists in Germany, but it is written as Belschnickel or Belznickel. However, it is better known as Pelznickel or Pelzmärtel.
Belsnickel is also related to Krampus, the monster that comes with St Nicholas in Austria and other places in the far south of Germany. Austrian Actor Christoph Waltz explained it nicely on The Tonight Show:
The idea is that Belsnickel is the evil counterpart, the negative, to the positive good figure of Santa. He brings Nüsse (nuts) and Früchte (fruits) for the braven (good) children, and a Rute (twig) to hit the ungezogenen Kinder (naughty children).
Here is a demonstration with Krampus:

Belsnickel and Krampus are figures you will find in South Germany, so including the area around Mannheim, where many Pennsylvania Dutch, and also the Schrutes, are from.

Glühwein made with Zimt, Orangen and Sternanis (Image from Pixabay.com)

Meredith: Ugh. What is this stuff, lava?
Dwight: That is Glühwein, otherwise known as glow-wine, also used to sterilize medical instruments. And, interesting factoid, this is the very spoon that guided my soft skull through the birth canal when I was born. Enjoy.
Pam: What is it? [Jim lifts the hog maw with a fork] Don’t touch it.
Dwight: [Comes running up at startles Pam] Somebody’s found the hog maw.
Pam: Oh!
Dwight: What? It’s a Pennsylvania Dutch specialty. Hog maw. That’s a beauty, isn’t it? I don’t even want to tell you what it’s made of until after you try it.
The next tradition Dwight brings up is Glühwein, which he translates to glow-wine, a literal translation of the German word. The word originally comes from the term geglühter wein (“glowed wine”), which was further shortened from auf Glut erhitzter Wein (wine heated on embers). This is how the drink became known in the 17th century. Over the centuries, this was shortened to Glühwein. It is regular wine sweetened with Zucker (sugar) and manyWintergewürze (winter spices), such as Zimt (cinnamon), Orangen (oranges), Nelken (cloves) and Sternanis (star aniseed).
Oh, and of course it is not used to sterilize medical instruments. 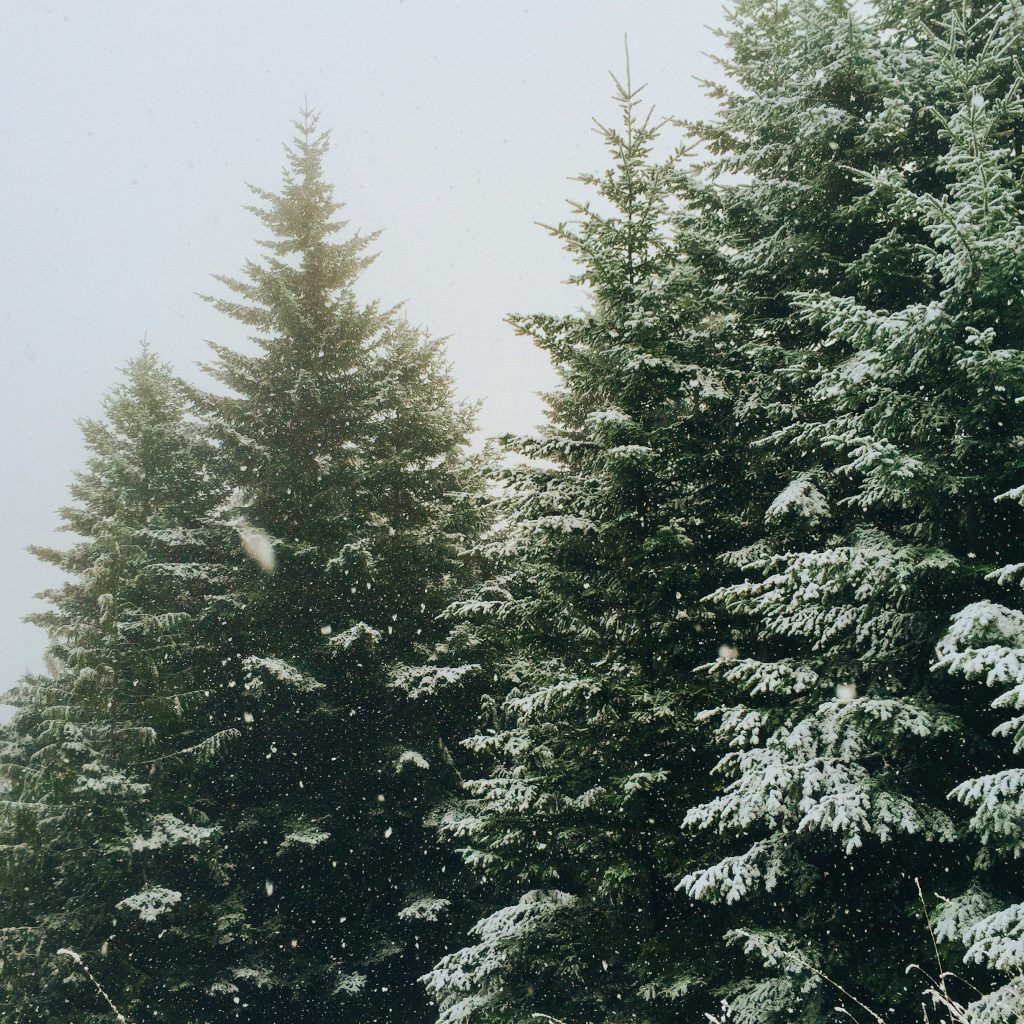 Image by Jeremy Gallman at Unsplash.com

Dwight: Der einen Nacht der Helligkeit. Wait, what is that I hear? Is someone on the roof? How strange. [Blows out the candle] Excuse me. I have to run to my car to take a dump.
Kevin: I wish my car had a bathroom.
Der einen Nacht der Helligkeit is the last sentence of a poem about the Advent (advent) by Rainer Maria Rilke from 1897. It goes like this:
Listen to it here.
Advent.
Es treibt der Wind im Winterwalde

Translation:
Advent.
The wind drives through the winter forest
The flock like a shepherd,
And some pines suspect how soon
They will become devout and bright;
And listen closely. To the white roads
They thrust out their twigs – ready,
And fight the wind and grow against
that one glorious night.
It is about Christmas trees. But a real poem he reads there! And old and very German. Fitting!

Dwight: Ooh, belsnickel has traveled from distant lands to discover how all the boys and the girls have been behaving this last year. Whoo hoo HOO hoo hoo! [Runs over to Stanley and points at his stomach with a stick] Ohh…Too much strudel.
Jim: So he’s kind of like santa, except dirty and worse.
Dwight: No, much better–No one fears santa the way they fear belsnickel.
Jim: Wow! It’s my favorite part of Christmas. The authority.
Pam: And the fear.
Dwight: Yes, exactly!
Oscar: [Continues reading] “His partner, zwarte piet, or black Peter, a slave boy, often portrayed in colorful pantaloons and blackface.”
Stanley: Uh-Uh. No, Dwight. No.
Dwight: Oh, come on. We don’t blindly stick to every outmoded aspect of our traditions. Come on, get with the spirit of it, you guys. [Texts warehouse worker, Nate, to forget showing up as zwarte piet]
[Nate starts walking towards the door, gets the text, and walks back to his car]
This bit is not true. Zwarte Piet is a real figure, as displayed in the episode, but he is not the partner of Belsnickel. Zwarte Piet is the controversial helper of Sinterklaas, the Dutch St Nicholas, who brings gifts to Dutch children on December 5. Germany also knows a helper of Sankt Nikolaus, and he is widely known as Knecht Ruprecht (Farmhand Rupert). Ruprecht is an old word that refers to the Teufel (devil). While Knecht Ruprecht looks a lot friendlier than Belsnickel or Krampus, he was actually initially referred to as Belsnickel, too.
The description Oscar reads about Zwarte Piet is accurate. It is just set with the wrong tradition.

[All cheering and chanting as Jim and Dwight try and break the pig rib]
Dwight: Oh! [Pig rib breaks and Jim wins, and stuff splatters people. Everyone groans] Damn It! Jim got the bigger half.
Breaking the “pig rib”, in German Schweineknochen, is not an actual German or Pennsylvania Dutch tradition, from what I found. So this is, just like marrying in their graves, a purely Schrute Christmas tradition.

Next week, finally, we will look at German songs Dwight sang so beautifully in the show! Subscribe to our blog to never miss a post!

Thanks to The Office for uploading many of the fragments that include the content of this post, and a huge thanks to officequotes.net, where volunteers wrote up transcripts of every single episode. It made this task much easier!

What is your favorite tradition Dwight introduced, and why? Did I miss anything? Please let me know in the comments below!