Navigating A German Airport Posted by Constanze on Oct 26, 2016 in Holidays, Language

Guten Tag! It occurred to me when deciding what to write about next that there is yet to be a post about how to navigate an airport in German. Personally, I find airports extremely stressful – and that’s without the language barriers one might encounter there. I know I’m not the only one who feels this way, so I’m writing this post in the hope that it’ll reduce the stress of going to an airport in a German-speaking country – and that it will also prove useful in any non-German speaking country that uses German at its airports. 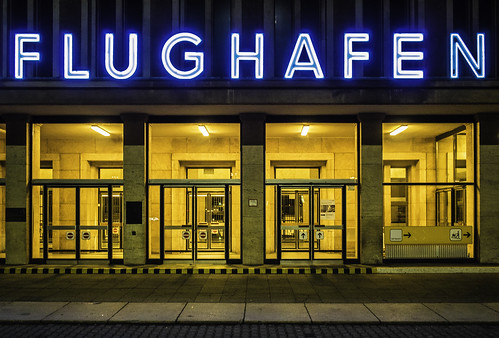 Flughafen – Airport. Photo by skohlmann on flickr.com under a CC license (CC BY-SA 2.0)

When you think about it, you navigate an airport by a series of words only: ‘Terminal’ – ‘Departures’ – ‘Delayed’. That’s good news if you’re not too familiar with the language of the country you’re visiting. Follow these words and you’ll get to where you want to be. Here they are in German. I’ve written them as you might see them signposted at the airport (no genders).

Tip: Print this list out and take it with you to the airport for easy reference – and a bit of extra language revision! 🙂 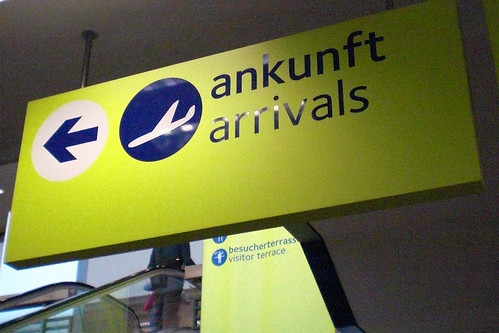 You’ll often see the English word with the German word at German airports – but that’s no reason not to learn the German! It also makes for a good revision session while you wait for your plane. 😉 Photo by onnola on flickr.com under a CC license (CC BY-SA 2.0)

Gate – GATE (‘FLUGSTEIG’ is the German word, but the English ‘GATE’ is used more frequently)

For the following, you’ll often see the English words instead of the German. But just in case, here are the German words, too. You’ll also see these same words (with the exception of ‘landed’ and ‘boarding’) at train stations, where the English may NOT be used, and of course you’ll see these words if you check the German airport’s website for your flight status. 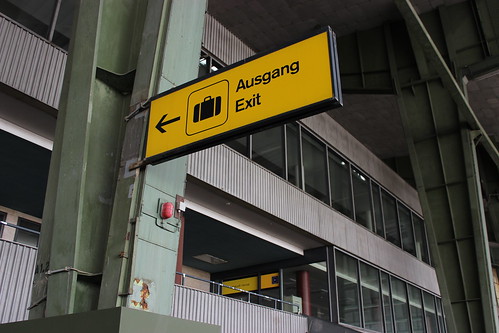 Photo by kaeffchen_heinz on flickr.com under a CC license (CC BY-SA 2.0)

Nothing to declare – NICHTS ZU VERZOLLEN

Hope this has been useful. In part 2 we’ll be on the plane itself (!), and I’ll go over some of the phrases you may hear and use, and the terminology for things you find on a plane.