How Did Germany Climb Out of Poverty In No Time? Posted by Sten on Aug 26, 2021 in Culture, Vocabulary

People are hungry and lost everything. They are perspektivlos (without prospects). But then, within 10 years, the GDP triples. There is Vollbeschäftigung (f, full employment). In fact, there are so many jobs, that people from other countries are urged to come to fill all the vacancies, the so-called Gastarbeiter (guest workers). Everybody can afford a car, quintupling(!) the car industry. Families can afford housing, and many have a proper bathroom for the first time in their lives. The hunger and poverty from those few years before almost seem like a bad dream. Sounds like science fiction, but it is exactly what happened in 1950s post-war Germany. Let’s talk about the Wirtschaftswunder (“Economic Miracle”).

How did the Miracle happen?

The Second World War was a destructive time in Europe. And not only outside of Germany, but also within the country. When the fighting was done, many Germans lost their work, houses, belongings, hopes and dreams. But the founding of the Bundesrepublik Deutschland (Federal Republic of Germany) in 1949, which at the time only comprised West Germany, marked a turning point. Within a few short years, Germany transformed from poverty and destruction to a thriving economy. How was this pulled off?

There are at least four main points that contributed to the Wirtschaftswunder: The Währungsreform (f, currency reform), the Marshallplan (m, Marshall Plan), the soziale Marktwirtschaft (social market economy) and the tenacity and hard work of the people. Let’s go point by point.

The German currency under Nazi Germany, the Reichsmark, lost a lot of value for obvious reasons. After the war, it was basically worthless. A black market, where cigarettes were the store of value, flourished.

A new currency was needed, not only economically, but also to separate the Bundesrepublik from the Nazi regime. This became the Deutsche Mark (German Mark), which the Germans normally call D-Mark. The currency would continue until the euro. However, a new currency wasn’t all that Germany needed to turn the country around.

The Marshall Plan was hailed as one of the greatest achievements of the post-war reconstruction of Europe. This US plan was part to help the Europeans in need, and part to create a Europe that would resist Russian efforts of introducing communism (which did happen in East Germany). With 14 billion US dollars, the European Recovery Plan, as it was officially named, also contributed to European reconstruction. For context, that’s $135 billion in today’s money, or, at the time, $80 dollars per American! At the time, an interesting half-hour documentary called “Your Eighty Dollars” was produced to sell the idea to the American people. I linked it above.

Germany received about 10% of the Marshall Plan funds. The Plan also consisted of tons of goods to support the budding European economies.

The third factor is the soziale Marktwirtschaft. The concept of a social market economy was put forward by Ludwig Erhard, who envisioned a capitalist society that is limited by active government involvement to ensure a sozialer Ausgleich (social balance). The goal of Rhine capitalism, as it is also called, is to get der Wohlstand (welfare) of capitalism, while fighting its drawbacks, such as monopolies and unemployability. Think of policies like Verbraucherschutz (consumer protection) or Arbeitslosengeld (unemployment benefits). The specific set of policies was exactly what Germany needed to build a strong economy and later to become Exportweltmeister (m, export world leader).

This website from the German Ministry for Economy and Environment has a great page with more information and videos about the Wirtschaftswunder.

Miracle on the Rhine 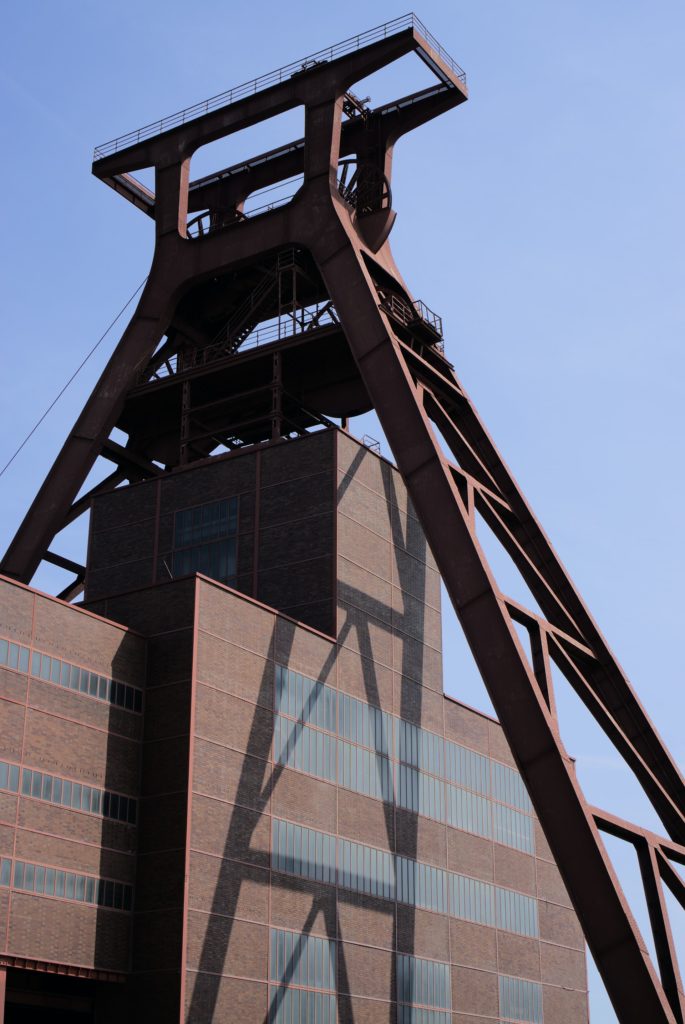 Photo by Florian Wächter on Unsplash

In English, the Wirtschaftswunder is also known as the Miracle on the Rhine. Why is a river related to this economic miracle?

This is related to the Ruhrgebiet (Ruhr Area), which is known for its (former) heavy industry. It formed the backbone of the strong economic growth in the early Federal Republic. The rivers Ruhr and Rhine flow through this densely populated and economically prosperous area in Western Germany. The area includes cities like Essen, Düsseldorf, Dortmund, Cologne and Bonn, the capital of Germany before German Reunification.

What do you know about the Wirtschaftswunder? Have you experienced this time in Germany? Let me know in the comments below!