The Turkish Guest Workers of ’60s Germany Posted by Constanze on Sep 20, 2015 in Culture, Language

The Turkish make up the largest ethnic minority group in Germany. But why is that, exactly? 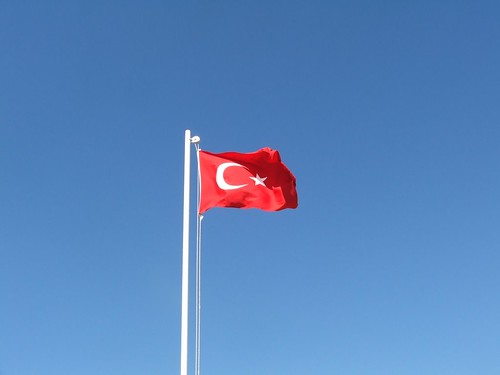 It all began during the Wirtschaftswunder (economic miracle) of the 1960s and 1970s, when Germany and Austria experienced rapid industrial growth and reconstruction of their economies following WW2. However, being severely low on labour following the war, the government called on workers from abroad to help. These workers came from Greece, Italy and Yugoslavia amongst others, but the biggest group of workers came from die Türkei – Turkey. The Germans called these workers Gastarbeiter – literally, ‘guest workers’. They were invited to live and work in Germany on a formal guest worker programme, called das Gastarbeiterprogramm (‘the guest worker programme’). This was its name in the BRD (Bundesrepublik Deutschland – West Germany). The DDR (Deutsche Demokratische Republik – East Germany) had a similar programme, where the workers were called Vertragsarbeiter (‘contract workers’).

The German language already had a word to describe foreign workers in Germany: Der Fremdarbeiter (pl: Die Fremdarbeiter) – ‘foreign worker(s)’. This word was used during the Nazi era to describe people who undertook forced labour under Nazi rule. Understandably, it was scrapped due to its negative connotations, with Gastarbeiter being used in its place following the war.

The name says it all

As you can see from its quirky, often very literal words, the German language doesn’t mess about. You know the saying “It’s not what it looks like”? With German, it’s often exactly what it looks like. This couldn’t be truer of the word Gastarbeiter – guest worker – as the emphasis here, when they created it, really was on the word ‘guest’.

When foreign workers were invited to live and work in Germany, the understanding was that it would be on a temporary basis, and that all of the workers would return to their respective countries after their 1-2 years of work was up. The idea was to train new workers when the first group of them left, so that none of them ended up becoming immigrants. But this law was changed in 1964, as it became too expensive to constantly train new workers, so existing Gastarbeiter were allowed to stay for longer than 2 years, and could even bring their families with them (something they were not previously allowed to do). In 1973 the recruitment of Gastarbeiter stopped altogether. Many did go back home to Turkey, but many also settled in Germany during that time, if they were able to get permanent jobs there. Many were also offered die Rückkehrhilfe (literally ‘turning back help’, some compensation to help them make their way back home). 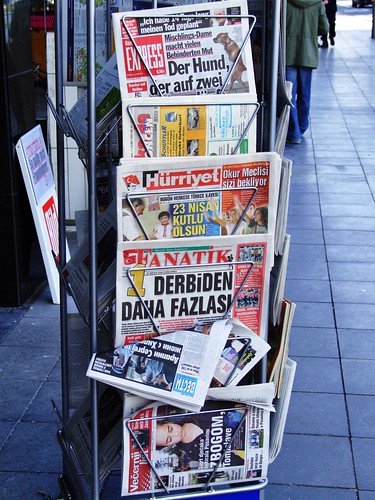 Turkish & German papers at a newsstand in Bonn. Photo: redvers on flickr.com under CC BY 2.0

In 2011 the German Finanzminister (finance minister) Wolfgang Schäuble made this controversial statement about the Turkish community in Germany:

“We made a mistake in the early 60s when we decided to look for workers, not qualified workers but cheap workers from abroad, Turkey… When we decided 50 years ago to invite workers from Turkey, we expected that their children would integrate automatically. But the problems have increased with the third generation, not diminished, therefore we have to change the policy,”

Today, the term Gastarbeiter is no longer used to describe Turkish people in Germany, but many are still referred to as ‘Menschen mit Migrationshintergrund’ – ‘people with migrant background’. Many people feel that, even if they were born in Germany, but to Turkish parents, they are still not regarded as true German citizens.

Want to start a discussion on this topic? Here are some questions to get you started!

If you leave a comment, remember to check back for replies so we can keep the discussion going!