Swearing In German Posted by Constanze on Apr 11, 2018 in Culture, Language

Guten Tag! First off, I’d like to thank Bjørn from the Danish blog for providing the inspiration for this post. Bjørn has written a very informative, interesting post about Danish swear words- which I’m hoping to replicate now with German swear words. So let’s get started. 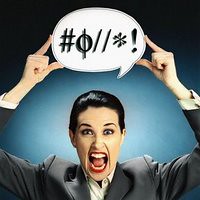 Photo ‘Profanity1’ by funnybusiness on flickr.com under a CC license (CC BY-SA 2.0)

Compared to the UK, at least, attitudes to swearing are more relaxed in Germany for certain words. This doesn’t mean you should go around effing and blinding, but it’s something to be aware of. Take the German word for shit – Scheiße. In my experience, this word is thrown around as casually as the word stupid in English. In English you might say ‘this stupid book’ in public with no eyebrows raised, but if you were to casually say ‘this shitty book’, many would think you rude or aggressive. In German, however, the word Scheiße can pop up quite a lot – even on daytime TV!

The German language has adopted many English words into its vocabulary, and swear words are no exception. These English swear words are used even more casually than German ones – such as in this advert by Unilever Germany, which proclaims ‘F*ck the diet’!:

It’s quite normal to become desensitised to ‘loaded’ or taboo words in another language, which is probably what has happened in German. Just don’t be shocked when you go to Germany and see and hear English swear words in places you wouldn’t normally see them!

In 2012 the English word Shitstorm (meaning: a crazy, out of control situation) crept into German and became so popular it was named the ‘Anglicism of the year’ – despite not even being that commonly used in English. It is in the German Duden dictionary now, and the media use it a lot – even Angela Merkel allegedly used it in a meeting once!

In Germany, pointing your index finger towards your head while looking at somebody is considered an offensive gesture. This is a way of telling the person that what they’ve just said or done is stupid.

Similarly, cupping your hand and waving it in front of your forehead is a way of showing that you think someone or something is a bit mad.

In German there is a phrase, ‘einen Vogel im Kopf haben’, literally ‘to have a bird in the head’. If someone ‘has a bird in the head’ it means they’re a bit ‘cuckoo’. These two gestures are physical representations of this phrase. 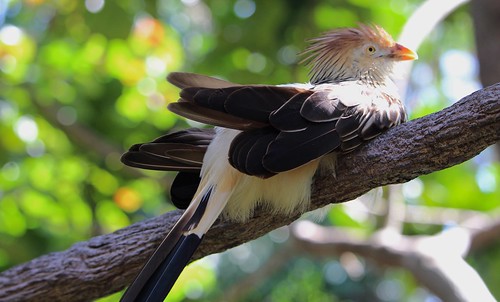 Photo ‘Guira Cuckoo’ by chad_sparkes on flickr.com under a CC license (CC BY 2.0)

And, finally, what you came here for! Some typical German swear words include:

In Catholic Bavaria the real swearing is blasphemous. Here are a few blasphemous swears, which are sometimes said on their own, and sometimes combined in a long, creative string of words (depending on the depth of the speaker’s rage!):

Example of a long string of Bavarian swear words:

I hope this has been interesting! Check out Bjørn’s awesome blog on Danish swear words, too.